Great Lakes Flooding: The Warning Signs That Homes Must Be Moved 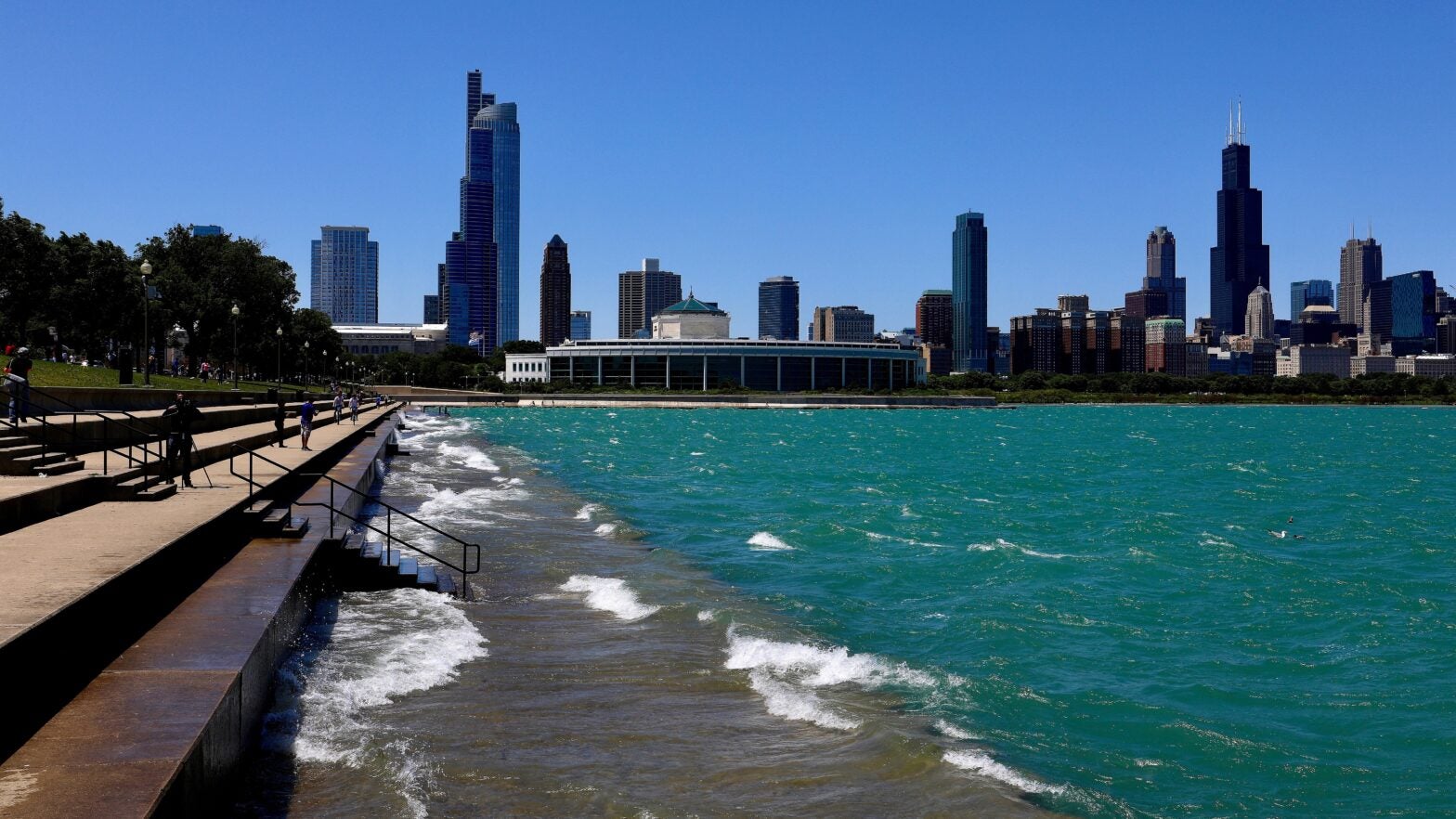 Chicago skyline on July 22 as high winds continue to push the waters of Lake Michigan over the top of the pedestrian and bike trail along the lakefront in Chicago. Raymond Boyd / Michael Ochs Archives / Getty Images

Every fall, I take my environmental studies class camping at Sleeping Bear Dunes National Lakeshore on Lake Michigan. Some years the beach extends more than three meters to the water. This year, in many spots, there was no beach at all.

The story is the same throughout the Great Lakes. During my summer research trip to Lake Ontario and the St. Lawrence River, I lost track of the number of submerged docks and buildings; swimming near the shore of Lake Huron was a bad idea because of the high risk of electrocution from inundated boathouses that still had the juice flowing.

Water levels in the Great Lakes have always fluctuated. But climate change is throwing past patterns out of whack. Almost every Great Lake reached record levels in 2019. And the latest studies predict that levels might reach even higher in 2020.

But instead of engineered solutions, we should be concentrating on getting out of the way. 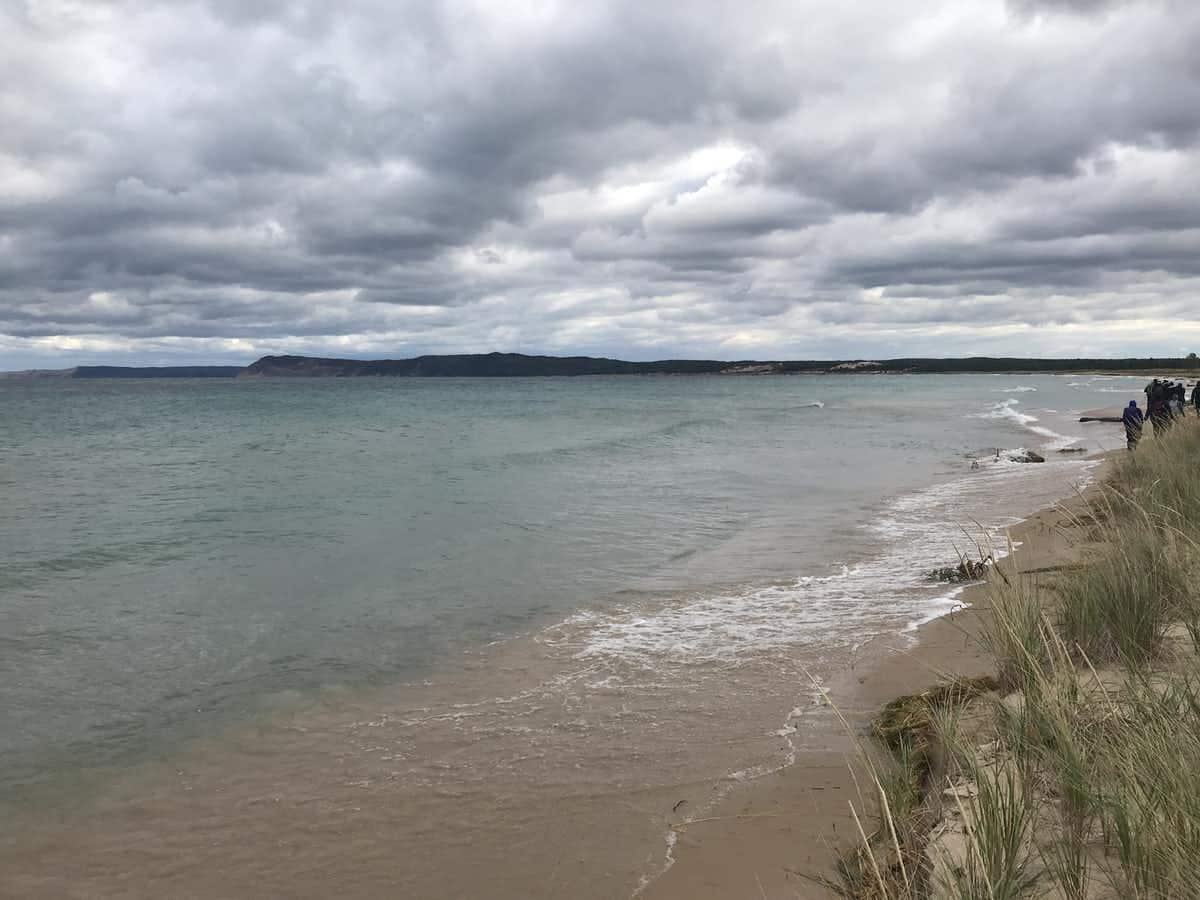 My research looks at the ways that Canada and the U.S., along with the bilateral International Joint Commission, have tried to understand and control water in the Great-Lakes St. Lawrence River Basin for well more than a century.

Both countries have made large diversions in and out of the Great Lakes, such as the Chicago Sanitary and Ship Canal, as well as numerous smaller diversions and canals.

In the 1950s, dams along the St. Lawrence transformed this gigantic river into a hydropower pool and navigation channel and, controversially, to help regulate water levels in Lake Ontario. Control works in the St. Marys River partially regulate Lake Superior. Niagara Falls is treated like a tap to generate both hydropower and beauty. Then there is the 100-plus years of perpetually dredging channels and harbours for navigation.

Cumulatively, these anthropogenic interventions have likely changed water levels on the lakes by less than one meter.

Meanwhile, communities have steadily encroached on the water. We turned seasonal sandbars into subdivisions. Metropolises like Toronto and Chicago extended their footprints hundreds of meters into the lake.

And it’s not only large dams, diversions and cities that have impacts. Thousands of small individual actions add up, such as the breakwalls, retaining walls and the rip-rap (graded stone or crushed rock) property owners erect to protect boathouses, cottages and other structures.

Collectively, we might be the proverbial fool who built our house on sand — often literally.

These engineered interventions have myriad ecological impacts and unintended consequences, such as invasive species and impaired water quality. They’ve also instilled a societal hubris that we can — and should — control water on a large scale in the Great Lakes-St. Lawrence system. 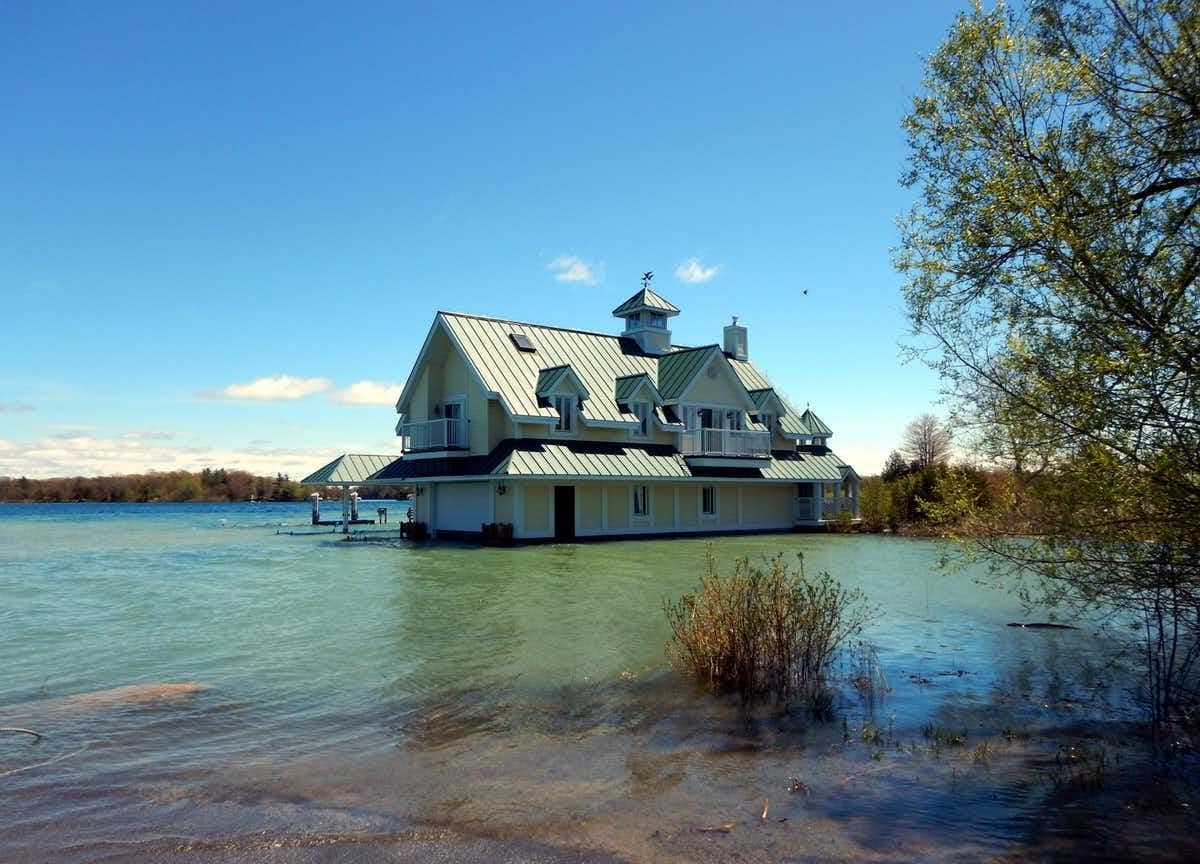 High water levels inundate a waterfront home on the St. Lawrence River in May 2017.

However, natural forces — rain, snow, ice cover, temperature, evaporation — are the biggest determinant of water levels in the Great Lakes.

As long as humans have kept records, Great Lakes water levels have oscillated. Depending on which of the Great Lakes one considers, the maximum range of water level fluctuations has been about one to two meters in the past 150 years. For example, very high water occurred in the early 1950s, early 1970s, mid-1980s and mid-1990s.

Now, pushed by a changing climate, the swings in levels that used to take several decades are occurring in half a decade. Instead of a gradual rise and fall, the lakes are going from extreme to extreme.

For example, Lakes Michigan and Huron hit record lows in 2013, and docks on Georgian Bay didn’t reach the water. To compensate, the U.S. Army Corps of Engineers proposed putting riffles, basically water speed bumps, on the bottom of Lake Huron’s outflow at the St. Clair River.

Now Lake Huron is close to record high levels and docks are under water. If those St. Clair riffles had been installed, the water levels on Lakes Huron and Michigan would be even higher today. This is the type of short-sighted thinking we need to avoid.

Water needs breathing space. We need to move out of the way, rather than try to move water out of our way.

Humans have removed, impaired or destroyed many of the lakes’ natural buffers, which accommodate fluctuating water. We’ve eradicated shoreline wetlands and beaches and covered them with concrete.

If a property along the Great Lakes is getting wet now, it will almost certainly be wetter in the future. While there is some scientific uncertainty about exactly what climate change will do to water levels, the extreme highs and lows will get worse. Volatility is the new normal.

Like climate change, when it comes to addressing Great Lakes levels, the biggest hurdles aren’t scientific — they are political, economic and social.

Any new infrastructure along Great Lakes shorelines must be flexible, adaptable and resilient.

But we must also realize that the answer isn’t more infrastructure. Infrastructure is too often the cause of our environmental issues.

We need to remove structures entirely and avoid building anything near the water’s edge. This will have the added benefit of making more of the Great Lakes accessible to everyone. Since governments zoned vulnerable areas for construction, government funding should be provided.

We should use the opportunity to restore natural shorelines and wetlands. These provide many benefits for both water quality and water quantity. In terms of the latter, they can serve as water retention areas, while wetland plants provide erosion control.

This is all going to be very hard for many people to hear — there will be major resistance. But not moving is going to cost more in the long run. We think we can control water levels, but we need to think differently.

Reposting with permission from our media associate The Conversation.