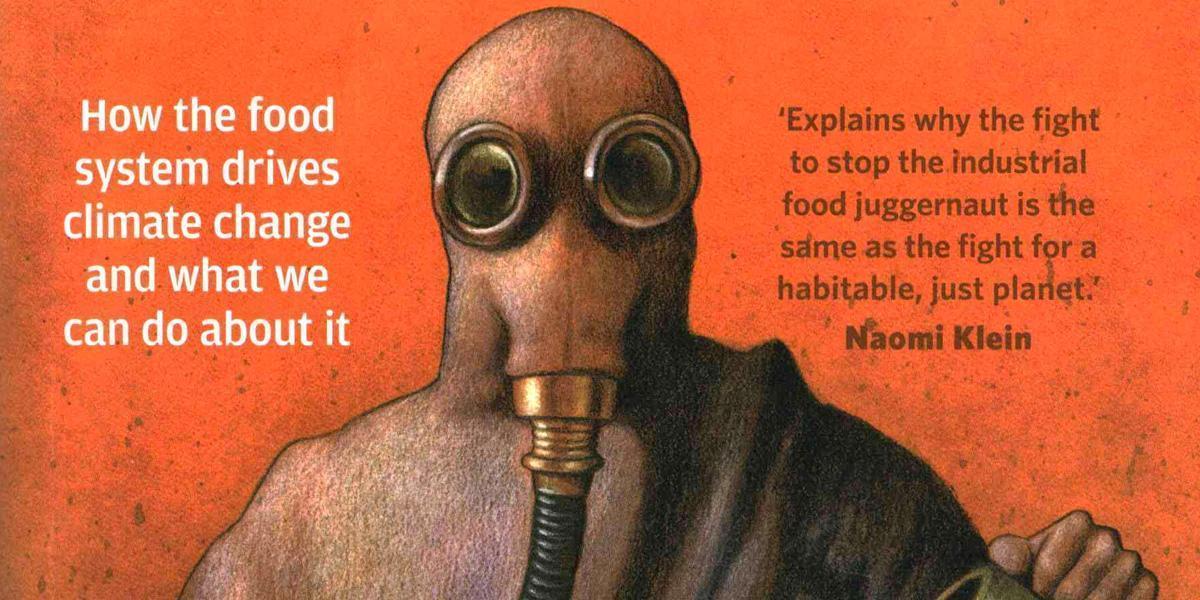 The food industry and big agricultural concerns are driving climate change and at the same time threatening to undermine efforts to feed the world’s growing population, according to GRAIN, an organization that supports small farmers.

Particularly singled out for criticism are the large chemical fertilizer producers that have gained access to the United Nations talks on climate change. GRAIN accuses them of behaving like the fossil fuel companies did in the 1990s, pushing false information in the hope of delaying real action on climate change.

The evidence is detailed in a book, The Great Climate Robbery: How the food system drives climate change and what we can do about it, published by GRAIN. It is a comprehensive account of the unrelenting and largely successful campaign by big companies to take over the world’s food supply and exploit it for profit.

The writers say small farms have been squeezed into less than one quarter of the world’s agricultural lands, but they continue to produce most of the world’s food.

Unless small farmers are protected and more land is returned to the kind of sustainable practice employed by small farmers, then there is no hope of feeding the world’s population in the future, they say.

On climate change, the book details how the march of industrial agriculture has created a food chain that is now a heavy emitter of greenhouse gases. The rise of palm oil plantations for processed food, the overuse of fertilizers and the long distances produce travels to reach our plates altogether produce about 50 percent of all human greenhouse gas emissions.

This is a bold claim, but not without a remarkable body of evidence. Every chapter has a long list of footnotes citing scientific papers and UN reports.

The book is endorsed by some high-profile campaigners, including Naomi Klein, who said, “It explains why the fight to stop the industrial food juggernaut is the same as the fight for a habitable, just planet.”

Another campaigner for small farmers, Dr. Vandana Shiva, said the book shows “that industrial corporate agriculture is a major part of the climate crisis, and small-scale ecological farming is a significant solution. It also alerts us to the false solutions of those who created the problem—the Exxons of agriculture.”

Although industrial farming methods produce only 11 to 15 percent of emissions, the book examines the entire food business—from deforestation to convert land to farmland, to transport, food-processing factories, the freezing and retail industries and discarded food waste.

Over the past 50 years, 140 million hectares, the size of almost all the farms in India, has been taken over by four crops grown on large industrial plantations. These are soybean, palm oil, rapeseed and sugar cane.

According to the UN’s Food and Agriculture Organization, small farmers produce 80 percent of food in non-industrial countries. Their great advantage, apart from producing more food from a smaller area, is that they supply local markets with fresh rather than processed products, and less is wasted.

The book describes how the expansion of unsustainable agricultural practices over the past century has led to vast quantities of organic matter being lost from soils. This loss is responsible for between 25 percent and 40 percent of the current carbon dioxide levels in the atmosphere.

By restoring small farmers’ sustainable practices, this organic matter could be put back into the soil, offsetting up to 30 percent of all global greenhouse gas emissions, the authors say.

Instead, in order to counter the loss of this carbon from soils, more and more chemical fertilizer is used. Insecticides and herbicides are poured on the land, impoverishing biodiversity.

Cutting food miles and concentrating on fresh produce at local markets, rather than processing food and providing it frozen to supermarkets, would also directly cut emissions.

The book is a call to wrest control from the industrial agricultural giant whose job it is to make profits for shareholders—not to feed the world—and to hand the land back to farmers.

The authors complain that there has been zero political will to challenge the dominant model of industrial food production and distribution. Peasants are getting the blame for cutting down trees when in fact deforestation is being driven by big companies growing industrial crops, they say.