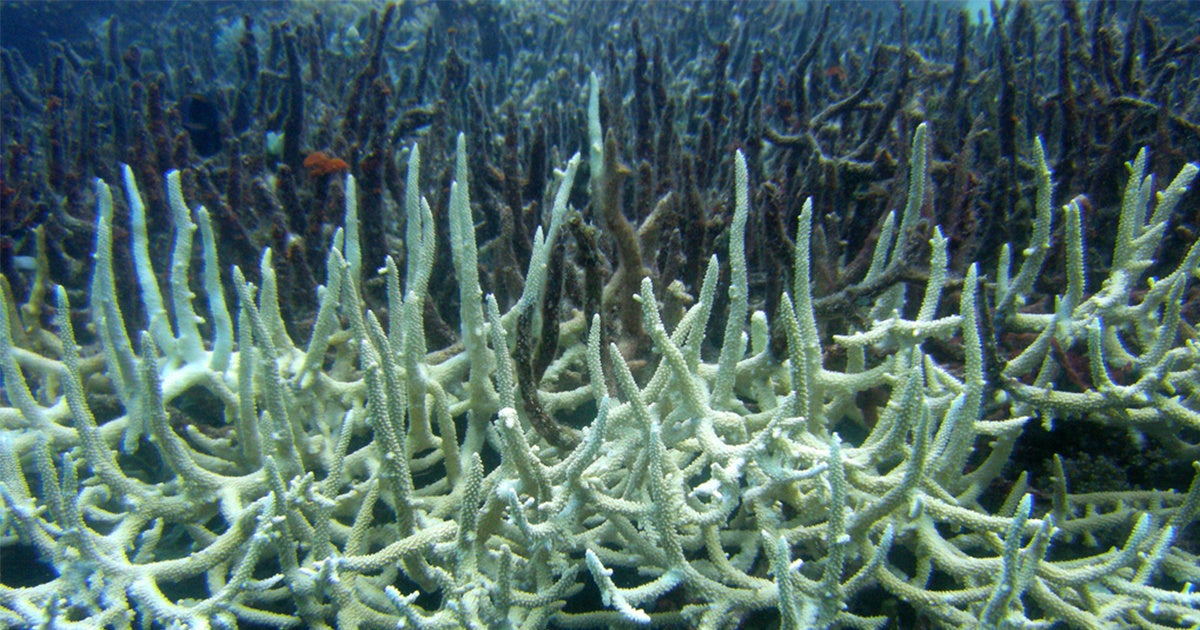 For any nature lover, one of the most sobering pieces of information from this month’s Intergovernmental Panel on Climate Change (IPCC) report was that global warming of just two degrees Celsius above pre-industrial levels could kill off 99 percent of tropical coral reefs. And even if we act quickly and successfully limit warming to 1.5 degrees, 70 to 90 percent of these invaluable ecosystems will still be lost.

Now, an alarming forecast from the National Oceanic and Atmospheric Administration (NOAA) shows that process could begin as early as this Australian summer in one of the most iconic reefs of all: the Great Barrier Reef.

The forecast shows a 60 percent chance that the entire reef will face extreme heat stress and coral bleaching between November 2018 and February 2019.

“This is really the first warning bells going off that we are heading for an extraordinarily warm summer and there’s a very good chance that we’ll lose parts of the reef that we didn’t lose in the past couple of years,” marine biologist and Global Change Institute at the University of Queensland Director Ove Hoegh-Guldberg told The Guardian. “These are not good predictions and this is a wake-up call.”

The forecast further warns that the southern half of the reef has a 60 percent chance of experiencing a level two bleaching event, at which point coral death is likely, Australia’s ABC reported.

The Great Barrier Reef suffered back-to-back bleaching events for the first time in 2016 and 2017, which killed 50 percent of the coral in shallow waters. If the reef suffers bleaching again in 2019, it will be the third time in four years, a frequency not predicted until the second half of the 21st century. 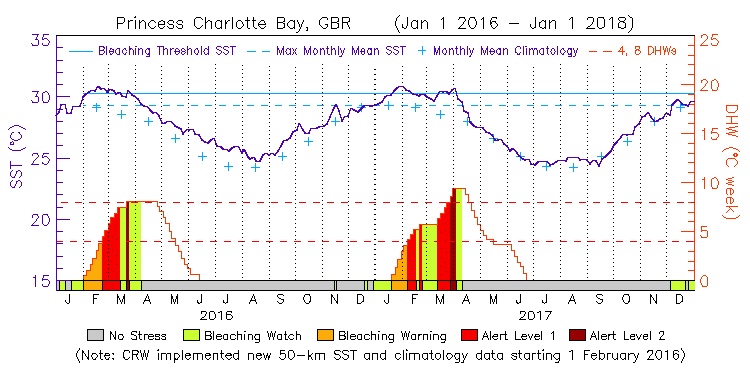 Coral bleaching data for part of the Great Barrier Reef in 2016 and 2017.NOAA

Bleaching is what happens when waters get so warm that corals expel the algae that live inside them, providing them with nutrients. If the water does not cool and the algae does not return in time, the coral starves.

However, NOAA scientists said there was still hope that forecasts could change.

“Lots of things, including major weather patterns, can change the probabilities over the next three months,” Dr Mark Eakin, the head of NOAA’s Coral Reef Watch, told ABC. “I wouldn’t say dire yet, but it is concerning.”

In 2016, for example Cyclone Winston cooled water temperatures enough to save the southern part of the reef from bleaching. Eakin noted that predictions for March, when coral bleaching is most likely to occur, are still unclear.

The Australian government said they took the forecast seriously.

“We acknowledge that climate change has an impact on the reef,” Australia Environment Minister Melissa Price told The Guardian. “That’s one of the reasons that Australia is working with other countries to tackle climate change through the Paris agreement, and we will deliver on the commitment to reduce emissions by 26-28 percent of 2005 levels by 2030.”

However, the most recent report showed Australia’s greenhouse gas emissions were rising, and Deputy Prime Minister Michael McCormack told SkyNews that the country would continue to use its coal reserves despite the IPCC report.

“How much more of the Great Barrier Reef has to die before the Federal Government acts on climate change,”AMCS spokesperson Imogen Zethoven asked in a press release. “While our Reef is in danger, our politicians continue to ignore the issue of climate change with no credible plan to reduce pollution.”

Coral Reefs Generate Half of Earth's Oxygen … and They Could All Die Off by 2050 https://t.co/FqSTBQlwff @TheCCoalition @climatecouncil