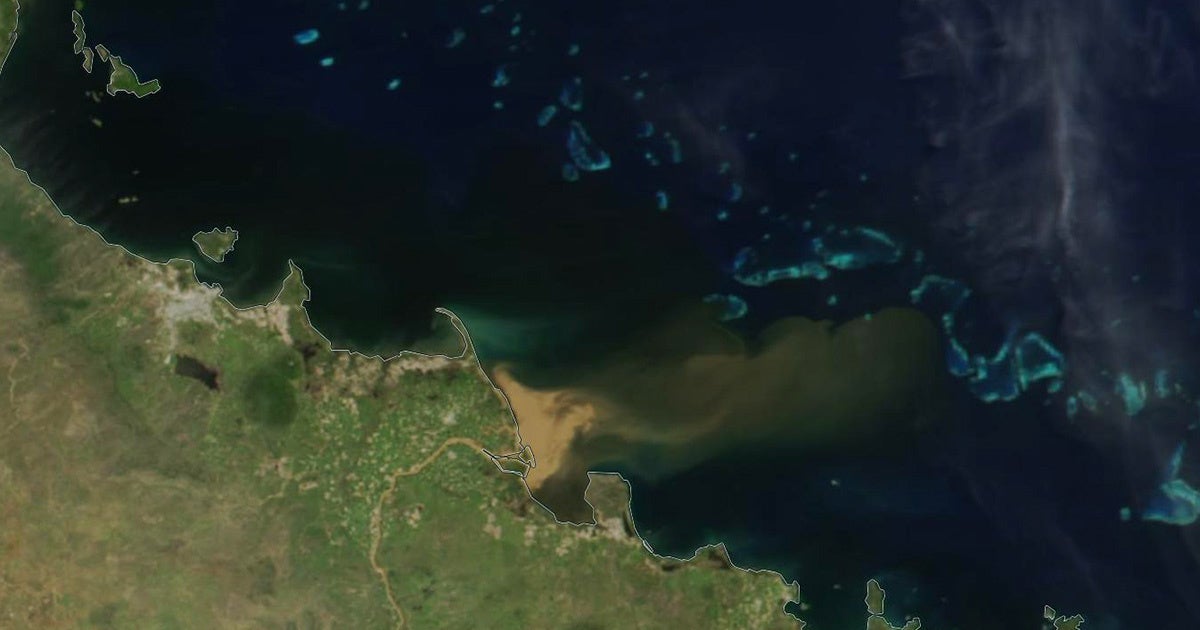 Muddy water from historic flooding in Queensland, Australia is now flowing out of rivers into the sea, threatening even the outer shelves of the Great Barrier Reef some 60 kilometers (approximately 37.3 miles) from the coast, Australia’s ABC News reported Friday.

Australian Institute of Marine Science (AIMS) water quality team leader Dr. Frederieke Kroon told ABC News that the runoff covered “an extraordinarily large area.” Researchers said it is likely filled with nitrogen pollution and pesticides, and poses a risk to the health of a reef already damaged by back-to-back coral bleaching events in 2016 and 2017.

Floodwaters from recent severe weather in north #Queensland are entering the #GreatBarrierReef lagoon. The Burdekin River #flood plume can be seen here in this NASA Worldview image. 📷@NASAEarthData (13Feb2019) pic.twitter.com/f5wkuQ6Q0z

Researchers told BBC News that up to 600 kilometers (approximately 372.8 miles) of outer edges of the reef could be impacted. The nutrient-rich water poses two main threats to the coral:

1. Reduced Light: The flood plumes encourage the growth of algae, which blocks light from the coral.

“The biggest concern at the moment is this reduced light—if it persists for much longer, in some cases we can actually see a smothering of the system,” James Cook University’s TropWATER research unit scientist Jane Waterhouse told BBC News.

2. Encouraging Predators: The growth of algae also attracts crown-of-thorns starfish, a major predator of coral, AFP reported. Runoff from agricultural pollution had increased the starfish population even before the floods, which have only made the problem worse.

“This provides a brilliant food source to allow those populations to thrive,” Waterhouse told AFP.

The threat posed by the muddy water has been exacerbated by relatively calm weather.

“Generally a bit of wind and wave action can break the plumes up quite quickly, but we have literally had no wind so they’re just sitting there hanging,” Kroon told BBC News.

Scientists told AFP that they would not know the full impact the flood plumes have had on the reef until they have completed studying the area over the next few months once the runoff disperses.

The Queensland flooding occurred after some areas saw a year’s worth of rainfall in 10 days, BBC News reported. Extreme rainfall events are expected to increase in Australia due to climate change, the country’s Bureau of Meteorology’s (BOM) State of the Climate 2018 found.

Since coral bleaching is linked to warmer ocean temperatures, the flood runoff could represent another climate-related threat to the iconic reef. However, the cooler flood waters could also potentially protect the reef from marine heatwaves that were forecast for March, according to ABC News.

But Kroon cautioned ABC News against looking too much on the bright side:

“If you want to have a flipside to the story that would be one, yes, but it’s still a huge disturbance to the reef [after] the bleaching and the cyclones that we’ve had over the last couple of years,” she said.

“The reef doesn’t even really get time to recover from any of these disturbances because it gets hit with something pretty much every year.”

Kroon noted that the last flooding event to impact the reef significantly was Cyclone Oswald in 2013, then the first such incident in recent memory.

“At the time, that was unheard of and so to have that happen again not that long afterwards is highly unusual,” Kroon told ABC News.