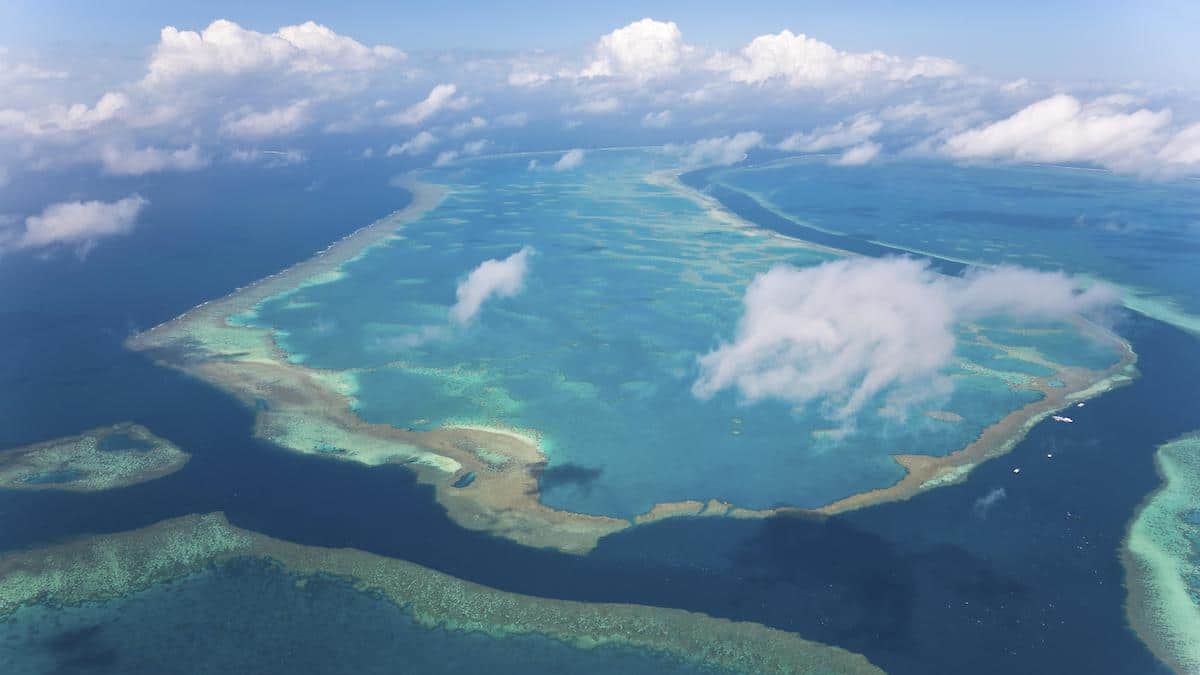 Australian scientists are trialing a unique strategy to protect the Great Barrier Reef from the climate crisis: altering clouds to keep it cool during marine heatwaves.

The idea behind the ‘Marine Cloud Brightening for the Great Barrier Reef‘ project is to reduce the risk of coral bleaching in the short term while global greenhouse gas emissions are cut and temperatures stabilized.

“If we do it over an extended period of time for a few weeks to a couple of months when the corals are experiencing a marine heatwave we can actually start to lower the water temperature over the Reef,” project director Dr. Daniel Harrison told Reuters Tuesday.

Coral bleaching is currently the greatest threat to the Great Barrier Reef, the project website explained. It occurs when water temperatures rise past what the corals have adapted to. This causes the corals to expel the algae that provide them with food and color, weakening the corals and potentially killing them. During back-to-back bleaching events in 2016 and 2017, two-thirds of the reef was severely bleached. During 2016, 29 percent of the reef’s corals died. However, the situation could get even worse if nothing is done to halt the climate crisis. Under current trends, half of today’s Great Barrier Reef could be lost by 2021.

To help prevent this, researchers are trying out cloud brightening. The brightness of a cloud is determined by how many aerosols, or airborne particles, it contains. The more aerosols, the brighter it is, and the more sunlight it reflects back into space.

“Marine cloud brightening is a technology designed to increase the brightness of clouds by mimicking natural processes, in this case the generation of aerosols by sea spray,” the project website explained. “It requires the generation of small salt-water droplets which evaporate in the planetary boundary layer to give a nano-scale grain of salt.”

Harrison and his team conducted their latest trial of this process in March of 2021, Nature reported, using a mist machine to blow sea water off of a boat. The trial plume of mist was not enough to actually alter the clouds, but it did successfully reach the sky, and field results indicate the process might work better than models suggest, Harrison told Nature.

“We are now very confident that we can get the particles up into the clouds,” Harrison told Nature. “But we still need to figure out how the clouds will respond.”

In theory, Reuters reported, reducing the light over the reef by six percent could reduce heat stress by 50 to 60 percent. However, some scientists have expressed concerns that the Australian team is moving ahead with what amounts to geoengineering without considering the implications.

“One could say that there should have been some level of consultation with the outside world,” Janos Pasztor, who leads the Carnegie Climate Governance Initiative, told Nature.

Harrison said his team consulted with the proper authorities, as well as Indigenous groups with historic claims to the area, and that the project was closer to cloud-seeding than true geoengineering, designed to be purely local in effect.

However, the project’s success depends on world leaders acting to reduce emissions and global temperatures. The cloud brightening is a stop-gap measure, not a replacement for broader action.

“If we do have really strong action on climate change then the modelling shows that the cloud brightening is enough to stop the reef declining and to actually see it through this period while we reduce our carbon emissions,” he told Reuters.