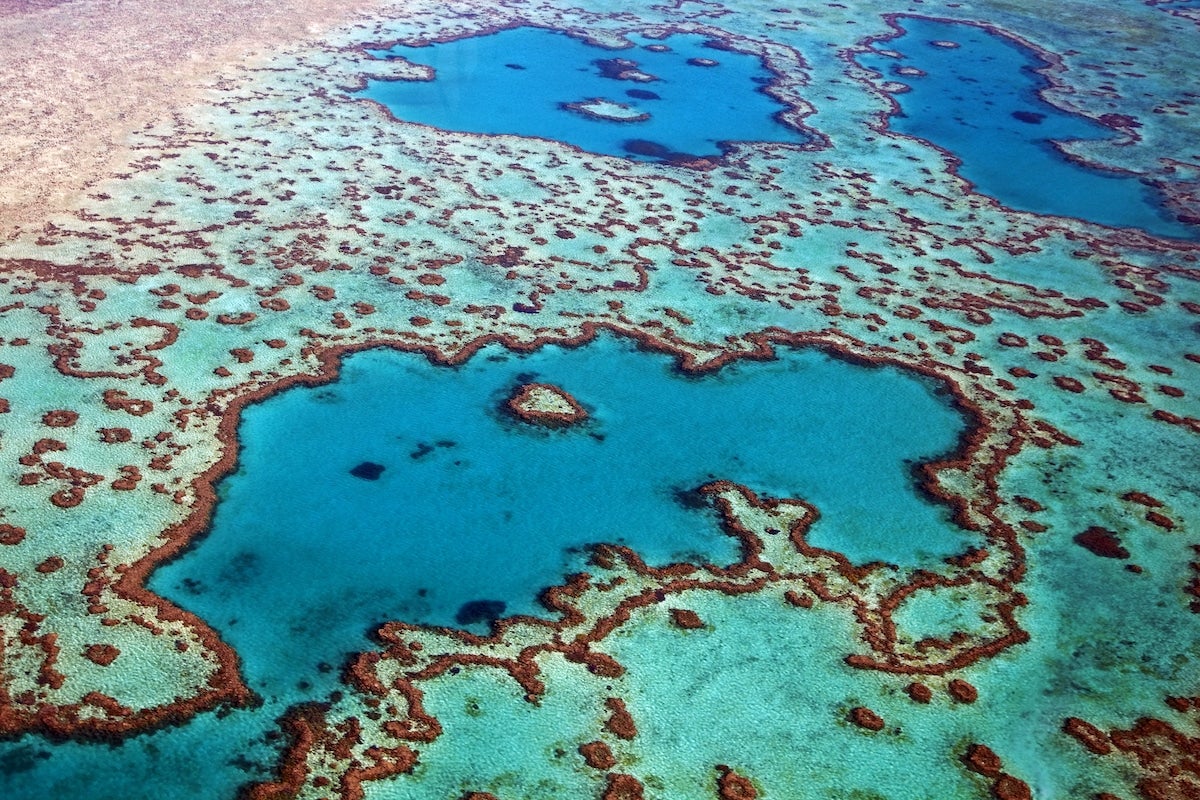 The Great Barrier Reef is the cumulative masterpiece of generations of coral building on top of one another for as many as twenty million years, according to greatbarrierreef.org. Located in the Coral Sea, the 1,429-mile-long reef is the greatest living structure on Earth and is host to many species of marine life, including sponges, coral, fish, turtles, molluscs and crustaceans.

In a new study of the history of wild weather and climate change on the Great Barrier Reef over the past 8,000 years, scientists in Australia have examined rare earth elements taken from drilled reef cores, a press release from The University of Queensland (UQ), Australia, said.

UQ’s Dorothy Hill Research Vessel took the reef core samples, which were analyzed by professor Jianxin Zhao at the Radiogenic Isotope Facility at UQ. The rare earth elements in the analysis had been preserved in rocks made by microbes, called microbialites, that had been developing during the entire existence of the Great Barrier Reef.

The study, “Holocene microbialite geochemistry records > 6000 years of secular influence of terrigenous flux on water quality for the southern Great Barrier Reef,” was published in the journal Chemical Geology.

The scientists discovered that long-term weather pattern changes can have a great effect on the water quality of the Reef.

“Eight thousand years ago, extreme runoff from an intense Indian-Australian summer monsoon affected water quality in the southern offshore Reef,” said UQ graduate Dr. Marcos Salas-Saavedra, who was the study’s lead author, according to the press release. “Water in the GBR was much dirtier, and poor water quality is known to be a major cause of reef decline around the world. But 1,000 years later, monsoonal rains eased and the water quality greatly improved.”

The researchers also found that as a now-familiar and more frequent weather pattern began, the water quality of the Great Barrier Reef was also affected.

“We noticed water quality declined during times of dampened El Niño Southern Oscillation frequency, which may have led to more La Niña-dominated wet climates in Queensland at those times – like the weather we have seen this year in Queensland. But as El Niño-dominated weather patterns became established, southern Great Barrier Reef water quality again improved to give us the beautiful Reef we know and love.”

Thanks to the study, what the water quality of the Great Barrier Reef was like over a long period of time can now be understood, and, according to co-author of the study professor Gregory Webb, this new climate data from the geological past could be relevant not only for the Great Barrier Reef, but could have implications for other reefs across the world.

“Knowing more about how the Great Barrier Reef responded to past environmental changes is essential to help inform us how reefs can be better managed in the future. We have created a toolkit to understand subtle differences in water quality – even in offshore reefs – and it can be applied over much longer time frames where reef core material is available,” said Webb in the press release. “Importantly, this type of analysis enables us to examine how ancient water quality may have impacted coral growth rates, overall reef growth rates, and any shifts in reef ecology at the same time.”