Great Barrier Reef: 99% of These Sea Turtles Are Turning Female 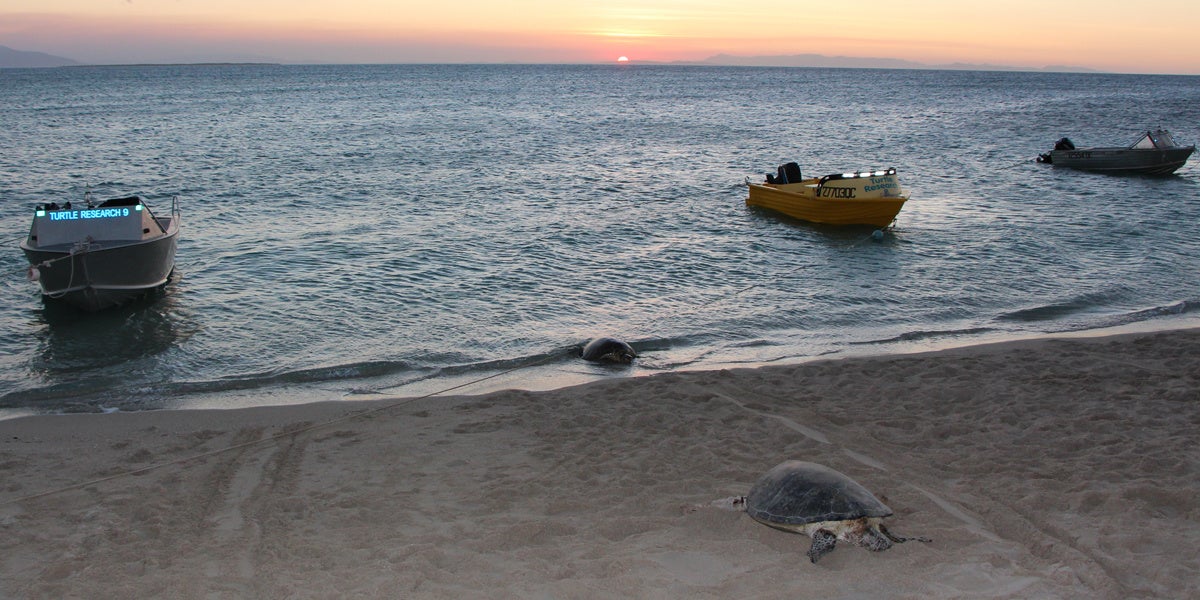 The Current Biology paper says the northern GBR population of more than 200,000 nesting females—one of the largest in the world—could eventually crash without more males. Increasing temperatures in Queensland’s north, linked to climate change, are being blamed because the incubation temperature of eggs determines the sex of turtles with a warmer nest resulting in more females.

There are two genetically distinct populations of green turtles on the reef. One population breeds at the southern end and the other nests in the far north, mostly at Raine Island and Moulter Cay. Scientists caught green turtles at the Howick Group of islands where both populations forage. Using a combination of endocrinology and genetic tests, researchers identified the turtles’ sex and nesting origin.

“This research is so important because it provides a new understanding of what these populations are dealing with,” said Dr. Jensen.

“Knowing what the sex ratios in the adult breeding population are today and what they might look like five, 10 and 20 years from now when these young turtles grow up and become adults is going to be incredibly valuable.”

The scientific research was facilitated through the Great Barrier Reef Rivers to Reef to Turtles project, which WWF-Australia leads, with WWF’s Marine Species Project Manager Christine Hof also being a scientific researcher in the study. WWF-Australia CEO Dermot O’Gorman said Australians, and many people around the world, would be concerned at yet another climate change impact on the nation’s most popular icon.

“These impacts show that the Great Barrier Reef really is at the frontline of climate change. Australia must adopt ambitious climate change targets that will save the reef and its unique creatures. Finding that there are next to no males among young northern green turtles should ring alarm bells, but all is not lost for this important population. Scientists and wildlife managers now know what they are facing and can come up with practical ways to help the turtles. One possibility is shade cloth erected over key nesting beaches, like at Raine Island, to lower nest temperatures to produce more males.”