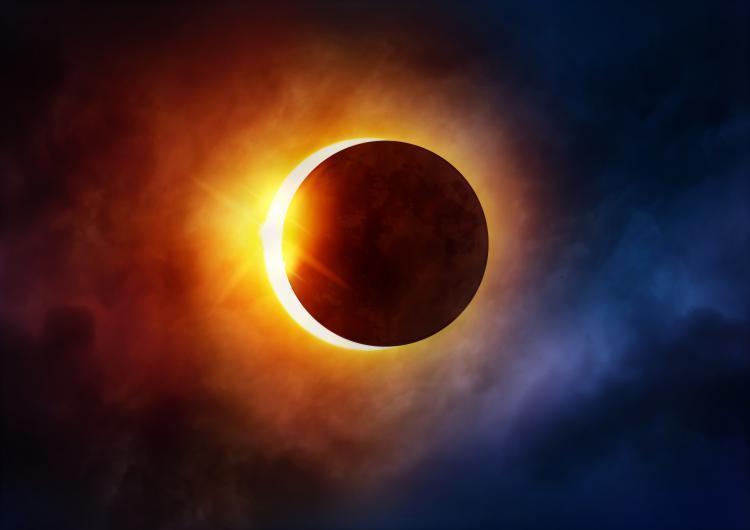 This August, Americans will have a rare opportunity to see a total solar eclipse from their homeland, but it will also be a misfortune for solar arrays nationwide.

The Great American Solar Eclipse, as scientists and enthusiasts are referring to it, will be Aug. 21 and people from across the globe are expected to be lining up along the path of totality (the sliver of land where the moon can be seen completely blocking the sun), which cuts straight through the states. The 70-mile-wide stretch that spans from Oregon to South Carolina will have the greatest views of the celestial event, but it will also lose out on precious solar energy for a few minutes across the board. And, those outside the path will experience a widespread partial solar eclipse that will cover the nation almost entirely. 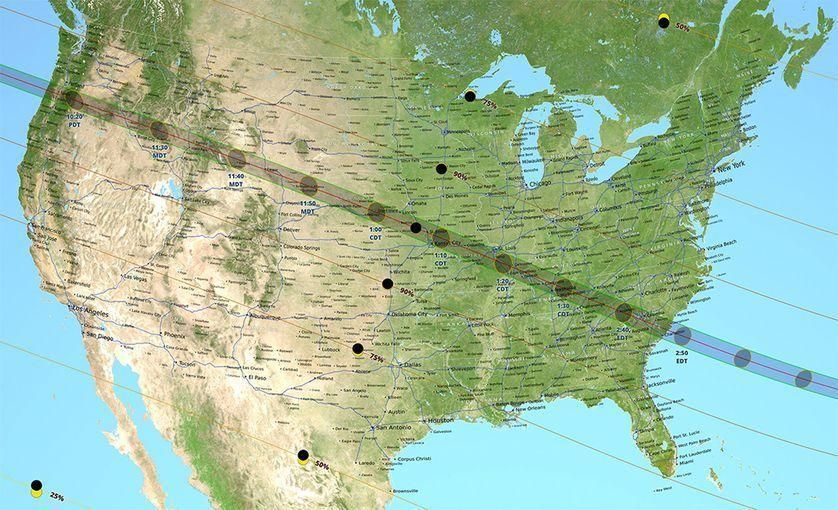 The path of totality is 70 miles wide and spans across multiple states. NASA

A recent report from the California Independent System Operator (ISO), is predicting that this event will cause a sharp drop in solar production. In California alone, which serves the U.S. with 10,000 megawatts of solar power a year—half the nation’s solar energy—there will be a 70-megawatt drop per minute while the shadow of the moon blankets Earth. But, immediately following the eclipse, there will be a 90 megawatt uptake per minute. The ISO report states that there will be a net loss of about 6,000 Megawatts, that’s enough to power a small city.

To prepare for this loss, the U.S. is looking to Europe for guidance, which gets 90 percent of new electricity from renewable sources, as of a 2016 report. They have determined that they will have to allocate resources from hydroelectric and natural gas to make up for the loss, but the North American Electric Reliability Corporation (NERC) doesn’t believe the U.S. should be all that concerned.

“We don’t call it a reliability issue, but it’s an impact to the system operations and something operators need to do some planning to prepare for,” John Moura, NERC director, told the Financial Times.

This is the first time grid operators have even had to consider the effects of a solar eclipse on such a large scale. But, as the U.S. increases renewable energy sources, this kind of event will have to be taken into greater consideration. Although solar eclipses are usually in a remote area and very rarely cross through the entire continental U.S, there are expected to be six more by the end of the 21st century.