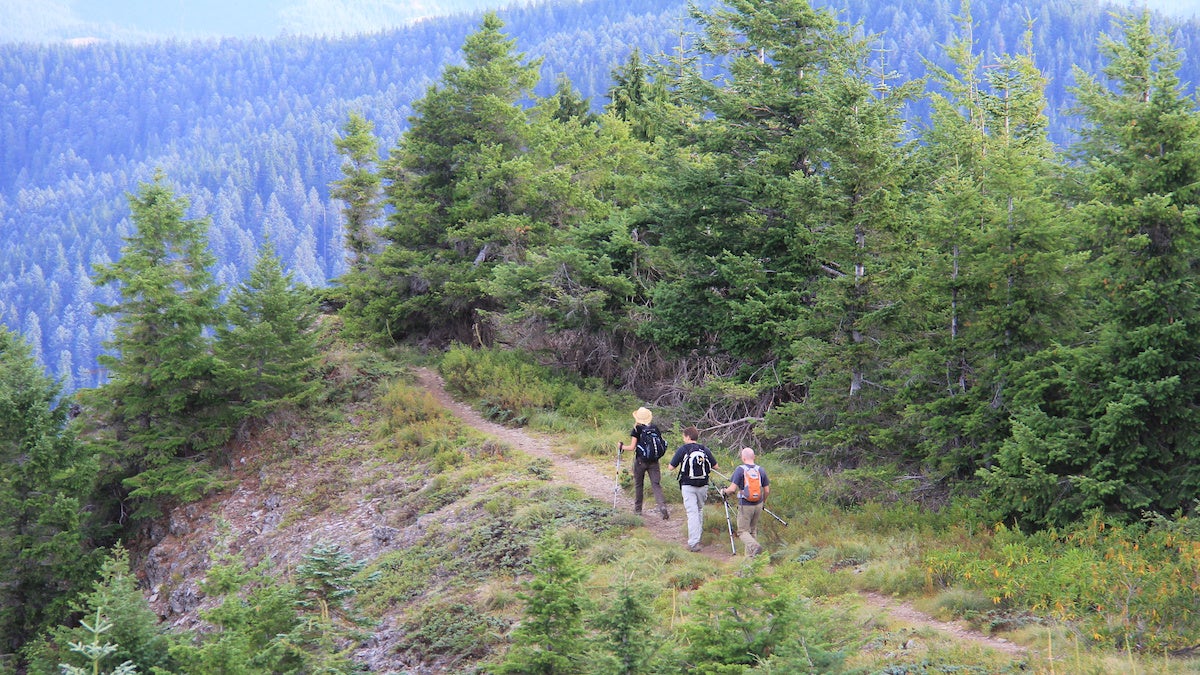 Hikers enjoy the 5,781-acre Table Rock Wilderness in northwestern Oregon on Aug. 8, 2013. The U.S. Congress designated the area in 1984. Bureau of Land Management

It’s a rare bill that garners sweeping bipartisan support these days. Lawmakers, however, agree that one of the country’s treasures, the U.S. national parks, is worth preserving.

On Wednesday, the House passed the Great American Outdoors Act, a sweeping and historic conservation and public lands bill that President Donald Trump has pledged to sign into law, as CNN reported.

As EcoWatch reported, the Senate approved the bill in June in a 73-25 vote. The bill, which is being hailed as one of the most important environmental bills to pass in decades, secures permanent funding for the Land Water Conservation Fund (LCWF). It passed the house in a 310-107 vote and now moves to Trump’s desk.

The Land Water Conservation Fund, which was established in the 1960s, is a little-known bill that produces substantial public benefit. It uses revenue from the oil and gas industry to finance national parks and federal historic sites. A major portion of the fund is also allocated to local and state parks and playgrounds, according to Oregon Public Broadcasting (OPB).

“This is a historic victory over 50 years in the making for communities across the country that benefit from the economic, cultural and recreational value of America’s public lands and close-to-home recreation,” said the LWCF coalition, an organization that advocates for the fund, in a statement, as OPB reported.

The LWCF has been chronically underfunded, but the Great American Outdoors Act will require mandatory funding of 0 million annually, without using a penny of taxpayer dollars, as CNN reported.

“It’s clear that national parks have united Americans of all kinds of backgrounds, not just those who are actively involved in the political process,” wrote Sen. Steven Daines (R-MT) and Benji Backer, founder of the American Conservation Coalition, in The Hill. “In 2018, a Pew poll demonstrated that 94 percent of Americans thought it was important to preserve historic buildings and landmarks. That’s why this bill is so unique. Not only is it a landmark piece of legislation, but the broad coalitions who support it are just as impressive. Republicans and Democrats alike know that Americans want national parks preserved for many, many years to come.”

Sen. Daines pushed for the passage of the bill along with Sen. Cory Gardner of Colorado. Both are battling for their Senate seat in a swing state where the president’s popularity is sinking. The Republican-controlled Senate seems to have advanced the legislation to give both senators a win to boast about in their upcoming campaigns, as EcoWatch reported in June.

In addition to funding the LCWF, the bill addresses backlogged maintenance projects on federal lands run by the National Park Service, the Forest Service and other agencies.

“The Great American Outdoors Act affirms our shared commitment to caring for America’s special places by providing significant resources to address national park deferred maintenance,” said Will Shafroth, president and CEO of the National Park Foundation, the official nonprofit partner to the National Park Service, in a statement. “Tackling our parks’ long overdue maintenance needs will ensure these places are safe and accessible for all, continue fueling local economies, and offer education and inspiration for generations to come.”

As CNN noted, congressional Democrats, including Rep. Raul Grijalva of Arizona, chairman of the House Natural Resources Committee, have fought for permanent reauthorization and full funding of the LWCF for years, making the passage of the bill a major victory for Democrats.

“The stars aligned correctly this time,” Grijalva said in an interview with CNN ahead of the vote on Wednesday. “This is a popular program, people want it, and I think regardless of party people are responding.”

“To have it on the brink of being approved is personally very satisfying and — worth the work,” he said.