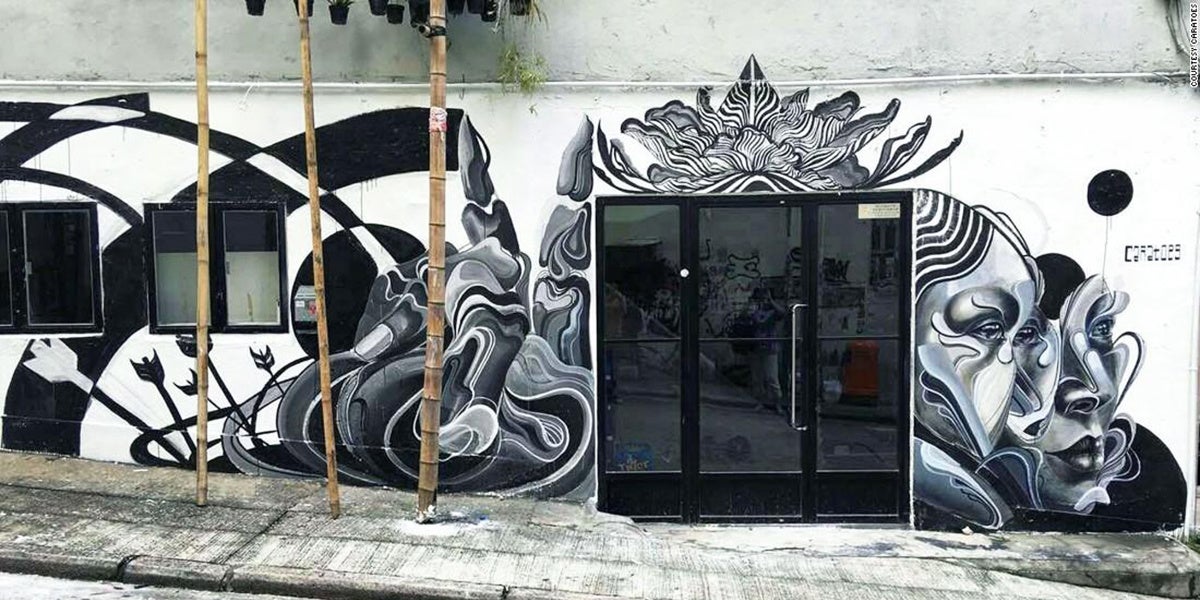 In the world’s most polluted cities, the particles can be so dense that they obscure the sky and stain everything from clothes to windowpanes.

Graviky Labs, an India-based start-up that emerged from the MIT Media Lab, is taking a lemons-to-lemonade approach to soot. The company transforms the deadly particulate matter into art supplies.

The process kicks off with a specially designed contraption called KAALINK that can capture up to 95 percent of particulate emissions. Graviky retrofits each unit to diesel generators, trucks and cars, then collects the soot and purifies it into a carbon-based pigment by removing heavy metals and carcinogens. Finally, the carbon pigment is chemically processed to bind it into inks and paints, known as Air-Ink. 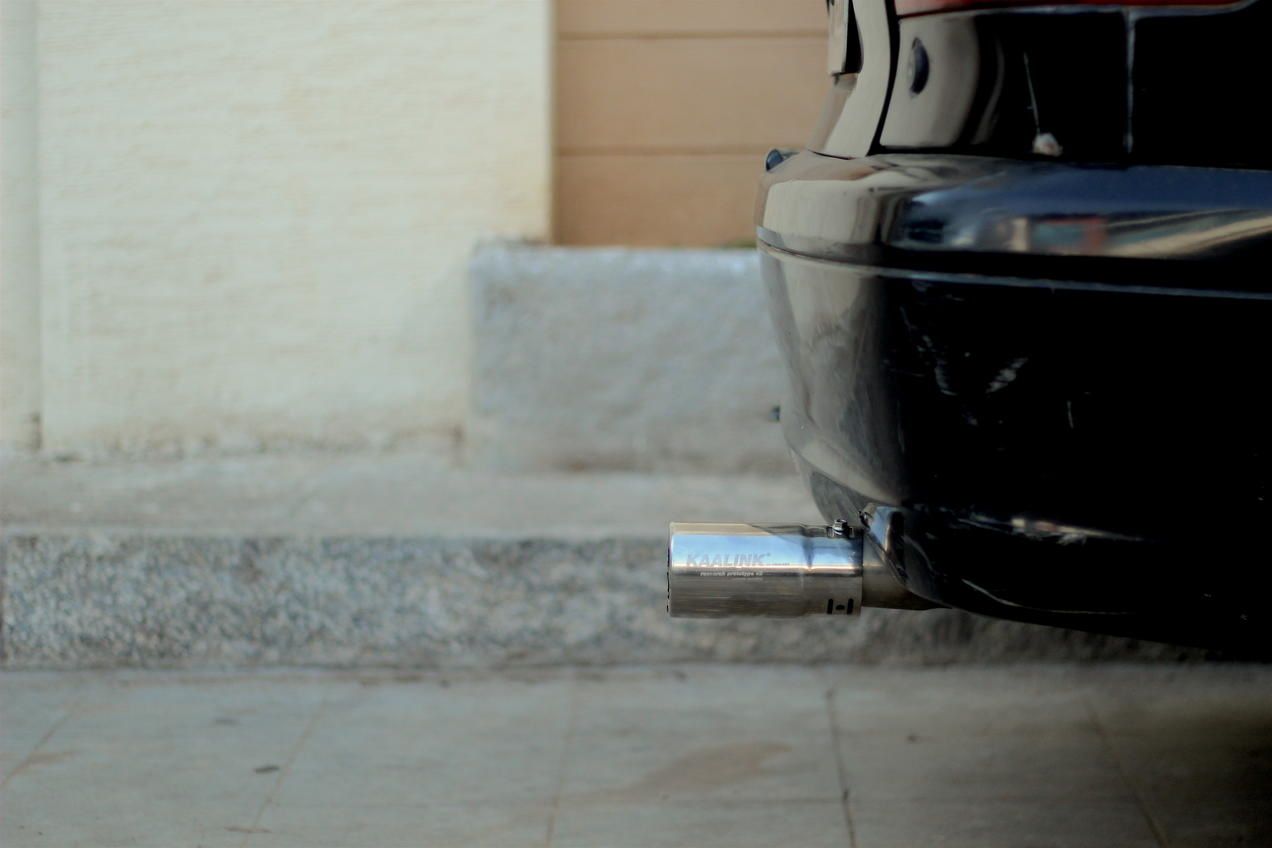 Graviky created a special contraption called KAALINK that captures up to 95 percent of particulate emissions from a vehicle.Graviky Labs

The idea first came to company cofounder Anirudh Sharma back in 2013, when he traveled to India, home to 10 of the world’s 20 most polluted cities. After several years of testing the technology and a successful Kickstarter campaign, Graviky shipped its first products this past summer.

Artists have already been busy putting Air-Ink to the test, including through a partnership with Tiger Beer. The Asian lager company invited street artists in Hong Kong to experiment with the repurposed pollution. “At the beginning, I thought, ‘It’s just another gimmick,'” Kristopher Ho, a Hong Kong–based artist and early Air-Ink tester, told MIT. “But after I tried the markers, I realized they are actually pretty good.” 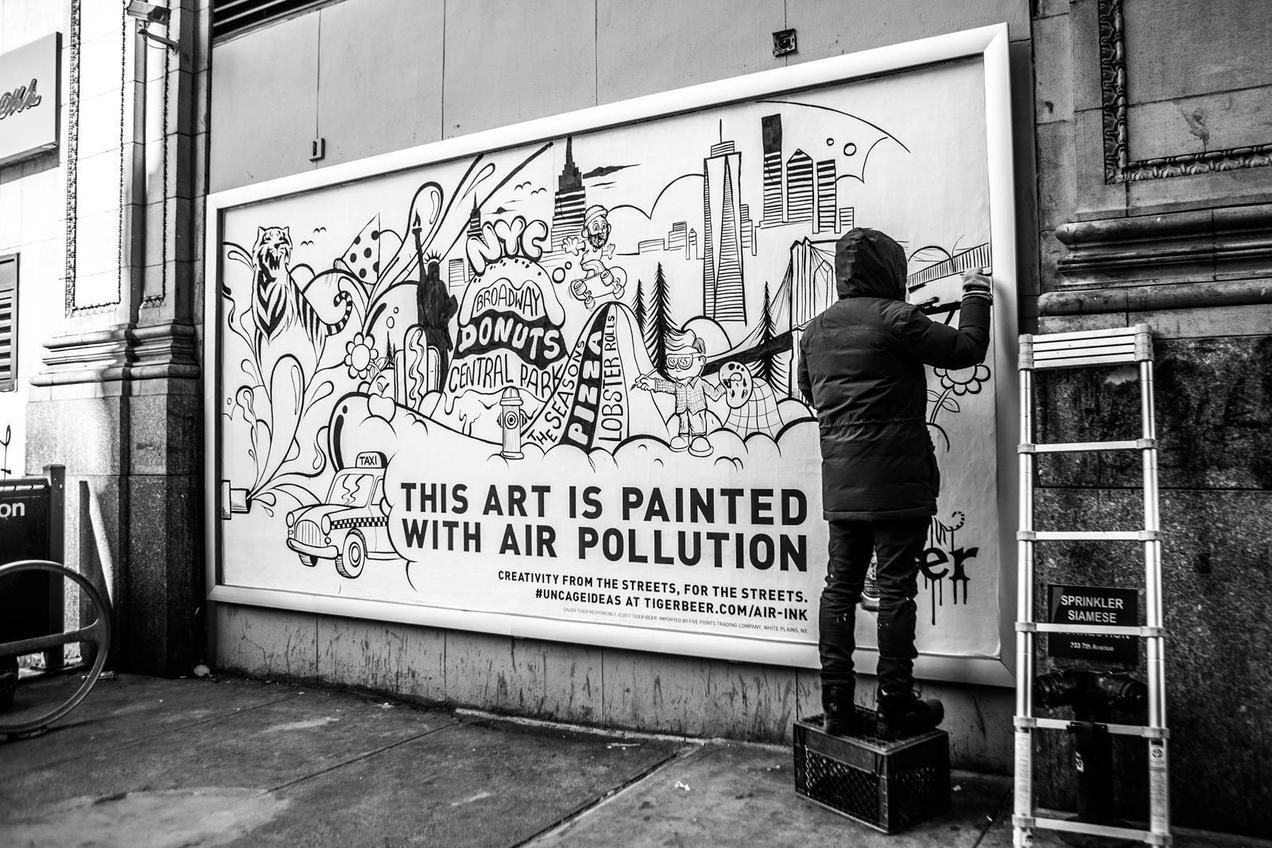 A mural in New York City, painted with Air-Ink.Graviky Labs

Overall, so far, the technology has captured some 1.6 billion micrograms of particulate matter—or, put another way, cleaned 1.6 trillion liters of air. It’s a small—albeit impressive—start, but Sharma envisions scaling up to outfit entire truck and taxi fleets with the technology.

For now, Graviky is removing something harmful and putting more art into the world. And that’s a beautiful thing.