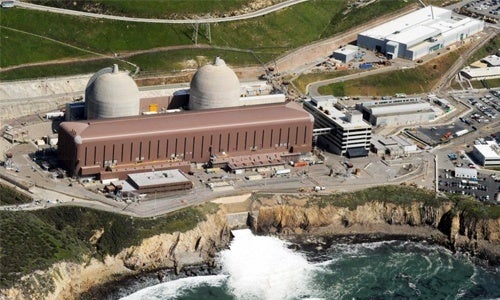 The two reactors at Diablo Canyon are the last ones still operating in California. And the grassroots pressure to shut them down is escalating.

Together grassroots activists have shut three California reactors at San Onofre, between Los Angeles and San Diego and one each at Rancho Seco, near Sacramento and at Humboldt, perched on an earthquake zone in the north.

Proposed construction at Bodega Bay and near Bakersfield has also been stopped.

But the two at the aptly named Diablo still run, much to the terror of the millions downwind.

On Aug. 5, the day before the 70th commemoration of the Hiroshima bombing, the Nuclear Regulatory Commission (NRC) staged a “scoping” hearing in San Luis Obispo. The official task was to vent the various environmental concerns the public might have about extending the two Diablo operating licenses. Pacific Gas & Electric (PG&E) has asked that they be allowed to operate them twenty years past their projected closing dates in 2024 and 2025.

The real game is more complex. Dr. Michael Peck, the NRC’s resident safety inspector at Diablo for five critical years, has written a memo questioning whether the reactors could withstand a likely earthquake. A dozen new fault-lines have been discovered near the plant since construction began. One, the Shoreline, runs within 600 yards of the cores.

Peck’s memo was buried for at least a year. When it surfaced, the NRC had Peck transferred to Chattanooga, Tennessee. Both the NRC and PG&E have dismissed Peck’s findings, saying the plants are (as usual) “perfectly safe.”

But the earthquake issue is now in the federal courts. So are questions about water usage. Diablo’s once-through cooling system dumps billions of gallons of over-heated water into the ocean every day, killing countless quantities of aquatic life. Two key California boards do have the power to shut Diablo if they deny it further permission to violate state and federal water quality laws.

That issue is being fiercely contended on a state level. Decisions may come by the end of the year, at which point the battle will rise to a whole new level.