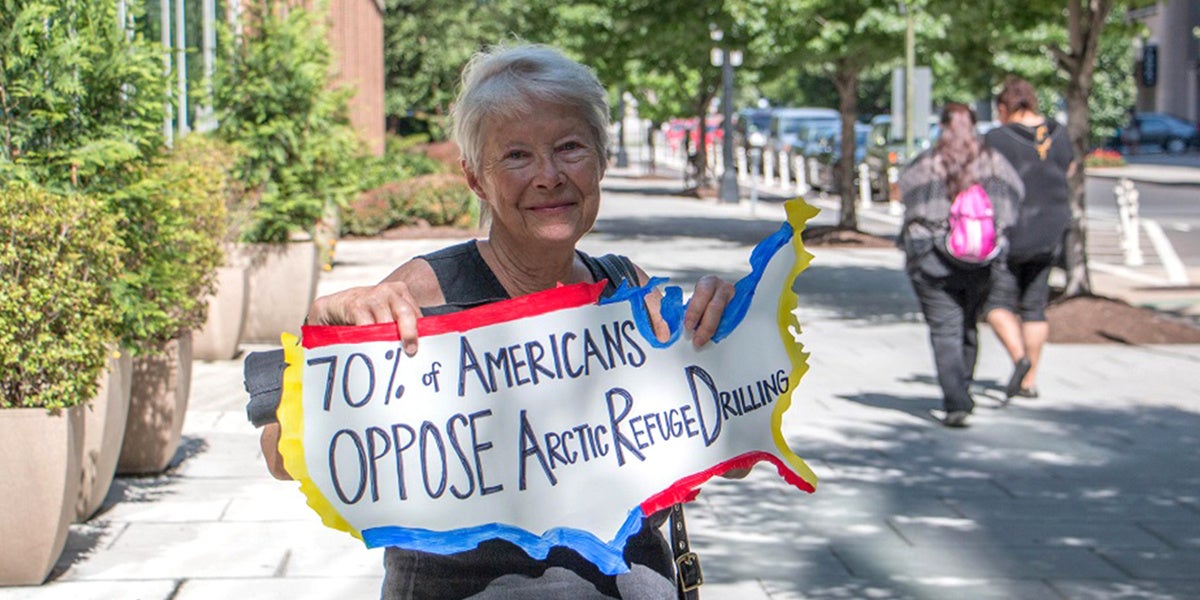 Even though our day-to-day existence may be far removed from Arctic Alaska, we must stand for the protection of the Arctic Refuge and ask our representatives to do the same.

Most Americans oppose drilling in the Arctic National Wildlife Refuge. In fact, a majority of us “strongly oppose it.” This broad public concern echoed through the halls of Congress during Alaska Wilderness League’s Wilderness Week, when more than 25 people from around the country (as far as Alaska and as young as six months) convened in Washington, DC, in late May to advocate for the protection of the Arctic Refuge. Collectively, our group met with more than 60 offices in just three days.

The experience reaffirmed our role in the lower 48, where even though our day-to-day existence is far removed from Arctic Alaska, we must stand for the protection of the Arctic Refuge and ask our representatives to do the same.

Wilderness Week participants were given an overview of the past year in activism—that is, the grassroots support that has ramped up across the country since the Arctic Refuge was opened for drilling including rallies, district office meetings, community events, letters to the editor and the collection of hundreds of thousands of public comments on the issue.

We also learned about recently introduced legislation to undo the GOP mandate to lease the Arctic Refuge for drilling. This bill is a reminder that there are people in Congress who have and will continue to listen to public concerns for indigenous rights and environmental protection. It is crucial that our congressional representatives hear from us if they have not already signed onto this important bill. 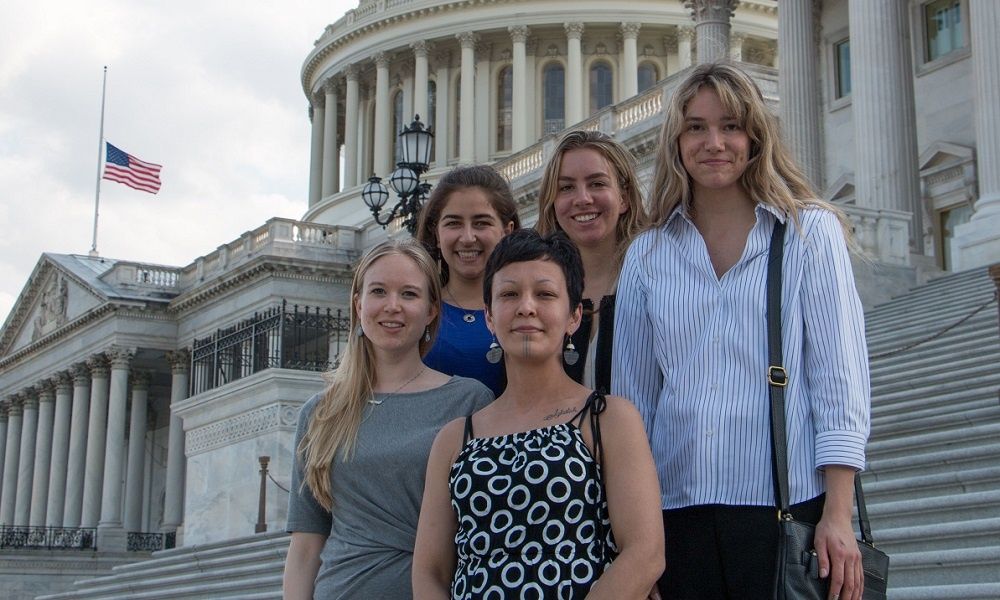 To make sure that offices in both the House and Senate were hearing from constituents in the states they represent, Wilderness Week participants were divided up by geographic region. I was lucky to stand alongside my sister Elisabeth to represent New York, and we were joined by others from across the northeast. Lis and I built off our shared experiences in meetings with Senator Kirsten Gillibrand’s office and our representative Elise Stefanik (who we were able to flag in the hall and speak to directly). We also met with neighboring districts in upstate New York including offices for Reps. Claudia Tenney and Tom Reed, and other nearby states including Maine, Delaware, New Jersey and Maryland.

“I cannot comprehend why something that would be looked at as inexcusable in one community could be put on another,” Lis said as we wrapped up our meetings. And it’s true, states in the lower 48 have opposed offshore drilling because of the irreversible effects drilling poses on communities, ecosystems and the already changing climate.

Public Forums and the Canadian Embassy

During our second day of meetings, Wilderness Week participants attended a forum by the Democrats on the House Natural Resources Committee, led by Representatives Raúl Grijalva (D-NM) and Jared Huffman (D-CA) focusing on the dangers of opening Alaska’s Arctic Refuge to oil and gas drilling. Later on, we attended an event hosted by the Canadian Embassy highlighting Canada’s ongoing support for the Arctic Refuge and protecting its coastal plain. Gwich’in villages stand throughout Alaska and Canada, and at the embassy Gwich’in representative Donetta Tritt spoke to the importance of the Porcupine Caribou Herd to the survival of the Gwich’in people, and Canadian leaders reaffirmed their commitment to stand in solidarity with the Gwich’in to protect the herd. 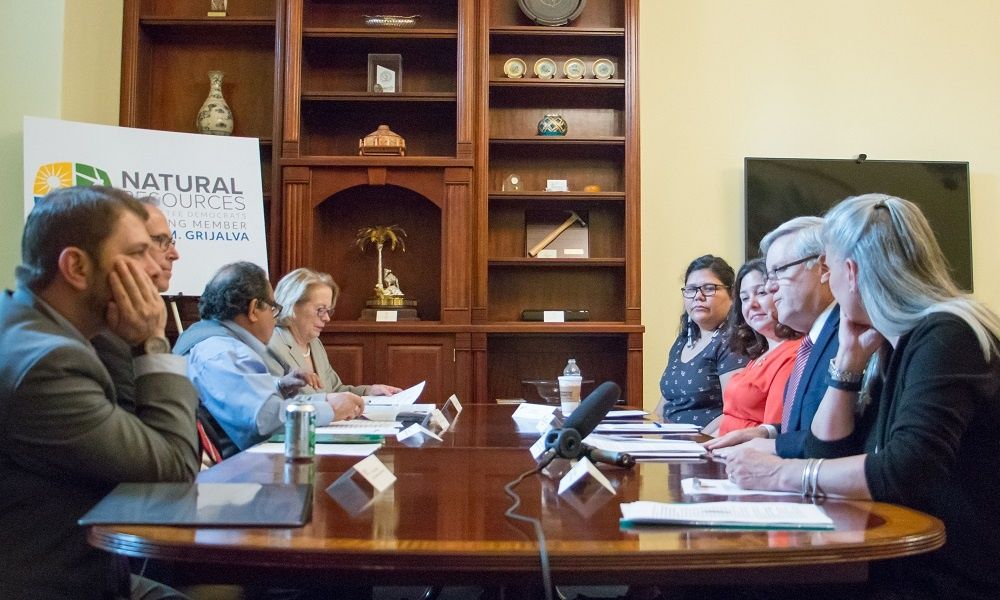 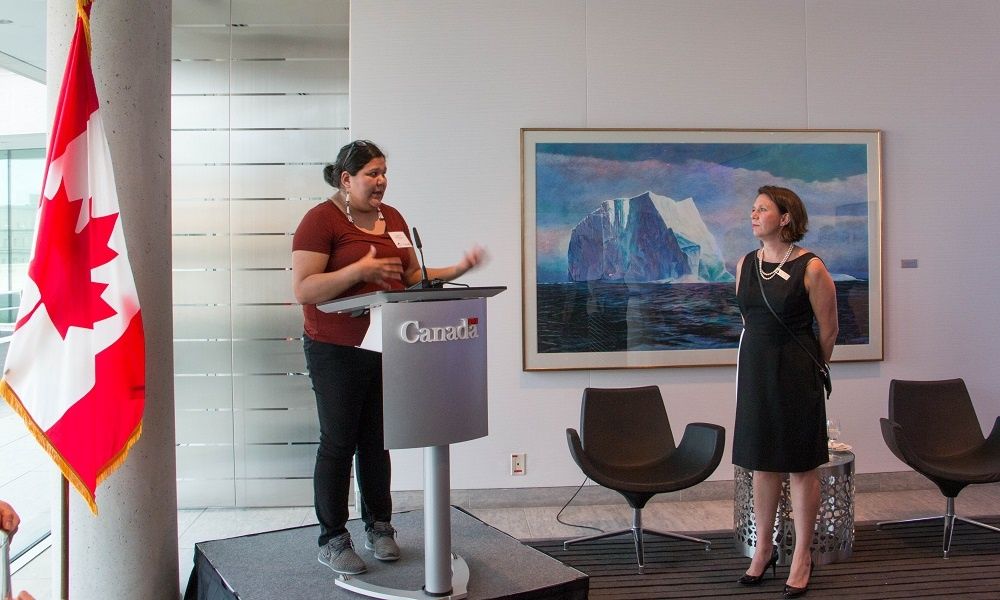 At the Canadian Embassy, Donetta Tritt of the Gwich’in explains the relationship the Gwich’in people have with the Arctic Refuge and the porcupine caribou.Alaska Wilderness League

Whether you’re calling your members of Congress or speaking to them in their congressional offices, these steps can seem small compared to the challenges we’re up against. That’s why Wilderness Week was an amazing chance to connect with people from the broader community who are also committed to protecting the Arctic Refuge. It was also an opportunity to learn about the issue from those who have experienced it firsthand. While we still have a long way to go, people like those I met at Wilderness Week make the journey worthwhile.

Several weeks later, I traveled back to DC with folks from my local community, including more of my family, to attend the Bureau of Land Management’s (BLM) only public hearing on Arctic Refuge leasing not being held in Alaska. This event allowed the broader public to share testimony and express their concerns about the leasing process for the Arctic Refuge directly to a panel representing BLM. A packed house was on hand in DC, the only public hearing on Arctic Refuge leasing being held outside of Alaska. Alaska Wilderness League

Outside of the hearing, a rally took place where hundreds of people lined the streets in opposition to BLM. Many of those who weren’t fortunate enough to secure a spot testifying at the hearing shared their story at the rally instead. Wendy Hall from the Adirondack Wildlife Refuge shared her opposition for oil development in the Arctic Refuge because of the impacts it will have on global ecosystems and contribution to climate change.

My mother, Sandra Ashley, a teacher’s aide at Lake Placid Middle School, gave testimony about the destructive message that drilling in the Arctic Refuge will send to her students and shared essays on their behalf that underscored the concerns that children feel for protecting wildlife.

Another friend of ours, Craig Stevens, a sixth generation land owner from Montrose, PA, held up a bottle of contaminated water from a sink in Pennsylvania during his testimony to remind the BLM how extractive industries can have an impact on our communities.

And Garett Reppenhagen of Vet Voice Foundation, a veteran of deployments in Kosovo and Iraq, shared his story about using outdoor therapy to help in the recovery process for Post Traumatic Stress Disorder. 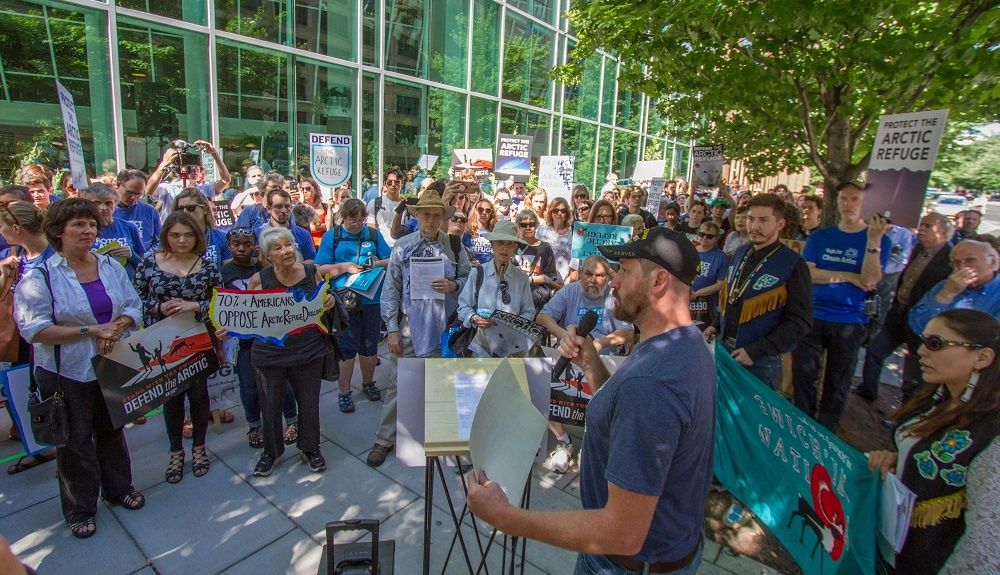 By the time the hearing came to a close it was after dark. BLM had heard countless concerns for protecting wildlife and fragile ecosystems, mitigating climate change impacts, standing up for indigenous cultures, and more. It was a reminder that Americans overwhelmingly oppose oil development in the Arctic Refuge, and instead believe this area must be protected once and for all.