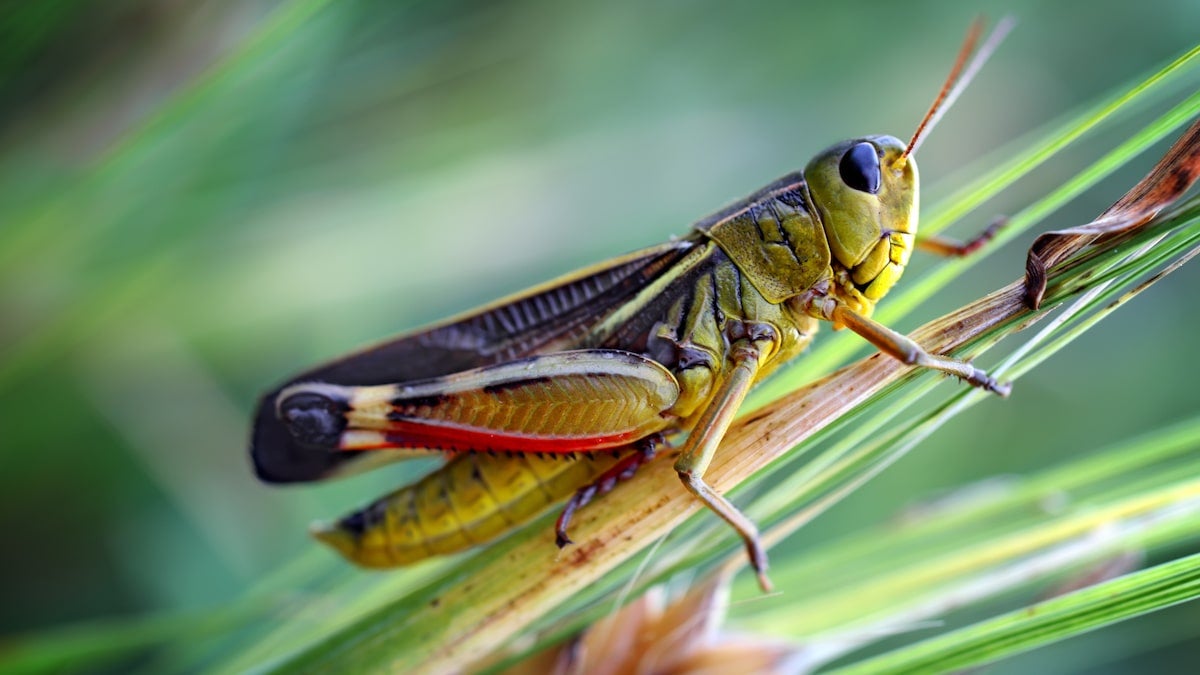 About 12,500 grasshopper species have been identified. Savushkin / E+ / Getty Images

Grasshoppers may seem very different from people, but there’s one thing some of them have in common with humans and other mammals: their teeth. It might seem like a safe assumption that all grasshoppers are vegetarian, but it turns out that not only do some species eat meat, they have also evolved the right teeth for the job.

A new study led by University of Leicester paleobiologists has pinpointed similarities between grasshopper mandibles and the teeth of mammals. The study, “Dietary inference from dental topographic analysis of feeding tools in diverse animals,” was published in the journal Methods in Ecology and Evolution.

“Knowing what animals eat is fundamental to understanding ecosystems, but working this out can be difficult and time consuming, especially if the animals you study are rare, small, or move quickly,” said University of Leicester postgraduate researcher Christopher Stockey, who was the lead author of the study, as Earth.com reported.

Grasshoppers inhabit many types of terrain, from deserts and savannas to mountains and rainforests. With about 12,500 species, they can be found on all continents except Antarctica, according to the Canadian Museum of Nature.

Animals’ mouths differ depending on what they eat, reported the University of Leicester. If they eat grass, their teeth will be molar-like and better equipped to grind, but if they happen to be carnivores, they will have teeth with sharper edges to cut the meat.

In order to find out what grasshoppers eat the researchers decided to go a different route rather than traditional approaches like observing them in the wild or examining their insides, which can be imprecise and lead to only broad categories as to what they consume.

Instead, the research team mapped the shape of the mandibles of grasshoppers using three-dimensional imaging techniques.

There are many species of rare or extinct grasshopper that scientists don’t have much information about, but the new research has enabled scientists to delve into the diets of these species by comparing their teeth with those of mammals.

“One of the advantages of our method is the powerful comparisons that it provides,” Stockey said, as Earth.com reported. “Surprisingly, comparing the mandible landscapes of grasshoppers with mammal’s teeth allows grasshopper diet to be predicted with 82% accuracy – pretty amazing when you consider that the mouthparts of mammals and grasshoppers have evolved independently for 400 million years, and were not present in their common ancestor.”

The scientists based their research on 45 species. They used specimens from museums, and not having to dissect them saved time and avoided possible damage to the specimens.

“This study is a great example of combining modern analytical methods with historical samples from museum collections to help understand the biodiversity of our planet. As technology advances additional uses of museum collections become possible and this non-destructive approach could reveal the diet information for thousands of species, decades after the specimens were collected,” said senior curator at the Natural History Museum Dr. Ben Price, who was not involved in the research, as reported by the University of Leicester.