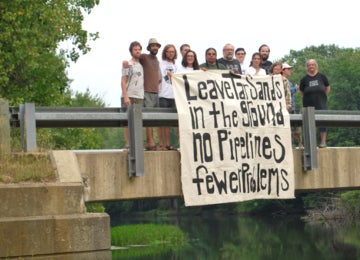 The Michigan Coalition Against Tar Sands (MI CATS) took to the water on Saturday in a flotilla to protest the Canadian corporation Enbridge at the destruction site which undercuts the Grand River. Members and friends of the MI CATS paddled the Grand River in an organized flotilla to challenge the injustice and harm caused by the 2010 expansion and spill of Enbridge’s tar sands pipeline 6B. 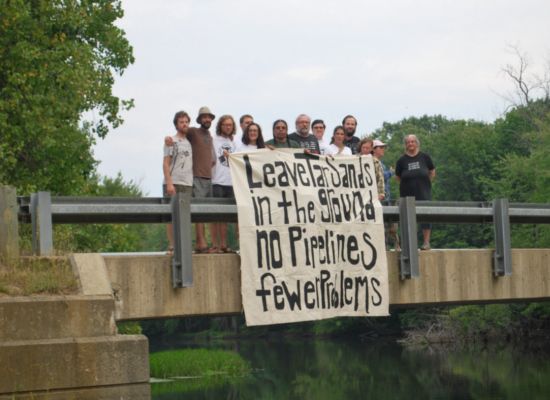 Protesters carried signs and chanted slogans “Kalamazoo Hates Tar Sands Too” to remind the public of the destruction caused by Enbridge’s spill in 2010—which is far from clean, more than three years later. They held the space on the water for a moment of silence in remembrance of 6B’s failure in 2010, and as a gesture towards the climate catastrophes and ecological disasters that are likely to continue as tar sands’ infrastructure is put in place. 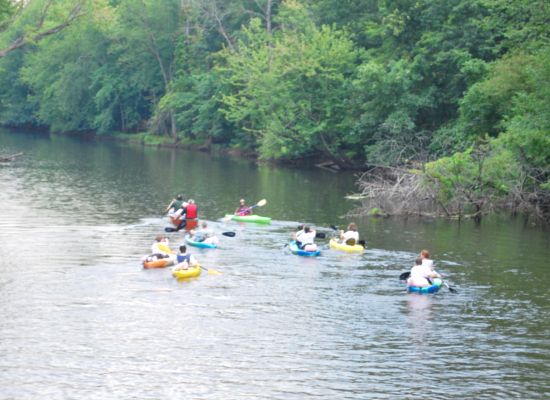 Upon exiting the water, the protesters returned to a nearby picnic site where they were joined by members of the community, fellow activists, students and community organizations to take part in a barbecue and listen to an expert panel of speakers including, an indigenous elder, a spill victim turned activist and outdoor enthusiast Craig Ritter.

The speakers highlighted the injustices caused by the spill and the ongoing violations endured by communities surrounding the spill zone, as well as the spiritual and physical detriment the destruction of mother Earth has on us all.