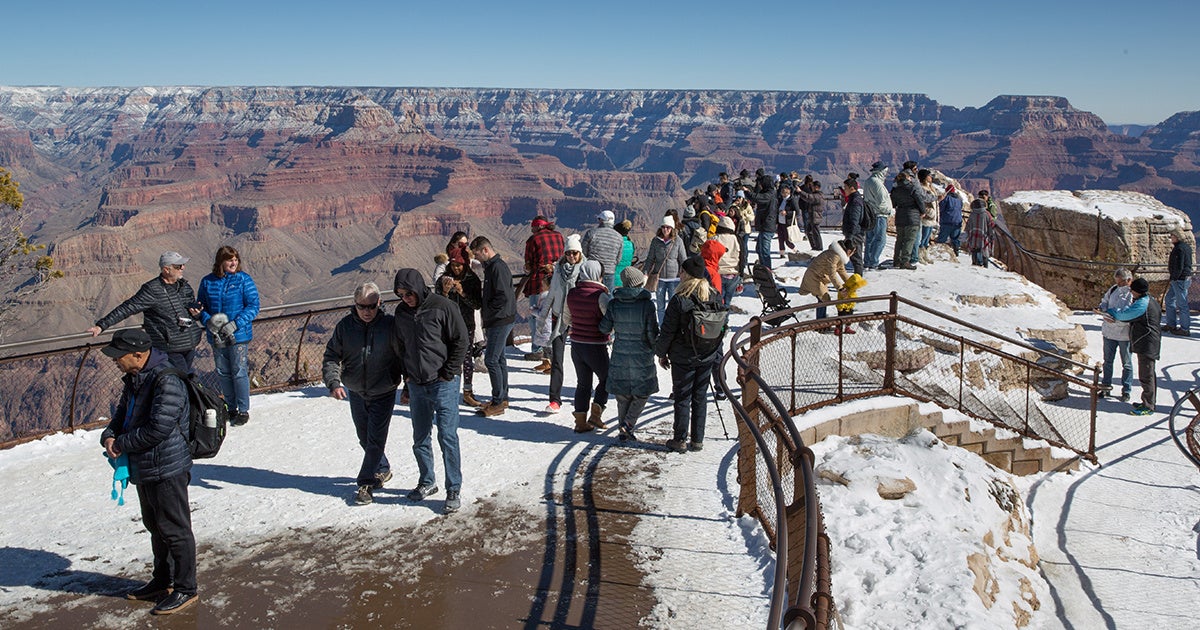 Visitors to the Grand Canyon may have been exposed to unsafe radiation levels, for almost two decades. George Rose / Getty Images

That’s because, until last year, three five-gallon paint buckets filled with uranium ore were stored in the building, according to a Feb. 4 email sent out to all National Park Service employees by Grand Canyon safety, health and wellness manager Elston “Swede” Stephenson.

“If you were in the Museum Collections Building (2C) between the year 2000 and June 18, 2018, you were ‘exposed’ to uranium by the [Occupational Safety and Health Administration] OSHA’s definition,” Stephenson wrote. “The radiation readings, at first blush, exceeds (sic) the Nuclear Regulatory Commission’s safe limits.”

Stephenson said the buckets had been placed beside a taxidermy exhibit where children sometimes sat during tours for more than 30 minutes. There was enough radiation in the buckets to expose children to levels considered unsafe by federal standards within three seconds and adults within less than 30 seconds. Stephenson said adults may have been exposed to 400 times the Nuclear Regulatory Commission health limit and children 4,000 times.

Buckets filled with uranium just casually sitting next to an exhibit in a museum!!! (“One of the buckets was so full that its lid would not close.”) For 18 years!!! Discovered by a teenager with a Geiger counter!!! https://t.co/jtpleMP0KJ

Stephenson said that while federal officials had learned of and removed the containers last year, park visitors and staff had not been informed of the potential exposure.

“Respectfully, it was not only immoral not to let Our People know,” he wrote in a separate email to Acting Interior Secretary David Bernhardt and Deputy Inspector General Mary Kendall sent Feb. 11, “but I could not longer risk my (health and safety) certification by letting this go any longer.”

The museum collections building where the buckets were stored has around 1,000 visitors every year, News.com.au reported.

Grand Canyon public affairs specialist Emily Davis told AZCentral that the National Park Service was working with OSHA and the Arizona Department of Health Services to investigate the issue. She said that a recent sweep of the building had uncovered only normal, background radiation.

“There is no current risk to the park employees or public,” Davis said.

Here is a rough timeline of the incident, according to Stephenson’s account, as reported by AZCentral.

You can add #radiation to the list of pollutants for which the Trump administration is looking to loosen restrictions. That loosening could come as part of @epa's already controversial proposal "Strengthening Transparency in Regulatory Science. @EcoWatch https://t.co/qWEwkrZiHn