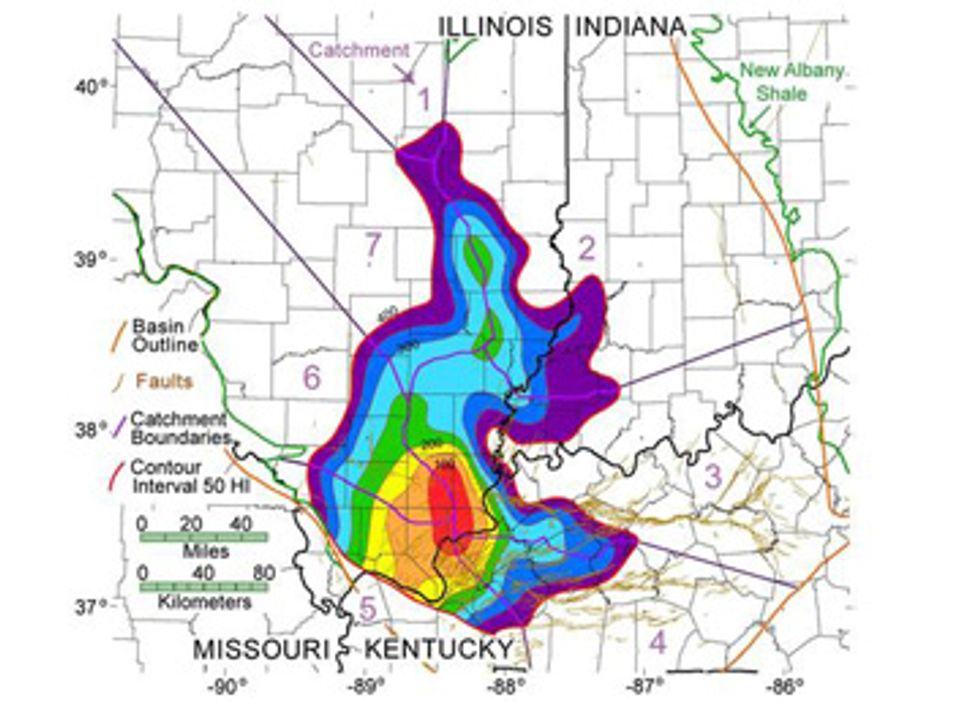 Southern Illinoisans Against Fracturing Our Environment

Southern Illinoisans Against Fracturing Our Environment (SAFE) is horrified at the decision of the Illinois General Assembly, and Gov. Quinn, to put the water, air, soil, health and economic future of Southern and Central Illinois at risk from horizontal fracking. In the words of Tabitha Tripp of SAFE, "It’s a very sad time for Illinois. We have to fight our own government to keep our children and grandchildren safe from harm."

This image from the Illinois State Geological survey shows the area believed to hold concentrations of oil and natural gas in Southern Illinois. The area believed to contain the richest deposits for extraction is highlighted in red.

SB1715 was negotiated behind closed doors, and was not based on scientific study, but rather on the question of what was politically possible, regardless of science. The resulting bill is woefully inadequate to protect Illinois residents from the known harms horizontal fracking has brought to residents across America. It also represents a denial of basic democracy for the residents of Illinois.

Josh Fox, in a House Executive Committee Hearing May 21, pleaded with Illinois legislators to visit Pennsylvania to see what horizontal fracking has done to families there. Illinois legislators refused this extremely reasonable, common sense request. Not one of these elected officials has ever visited a fracking site.

SAFE strongly opposes fracking and will continue to work with other groups opposed to fracking, advocate for victims and push for a ban, until the practice is banned. We will pursue every avenue possible and will never stop fighting for a ban.

SAFE worked tirelessly to promote a fracking moratorium so that scientific studies could be considered, along with water usage and local issues. The Illinois General Assembly refused to consider this common sense approach. Obviously, campaign contributions are more important than the health and safety of the people they serve. It is a sad day for democracy, and for the future of Illinois.