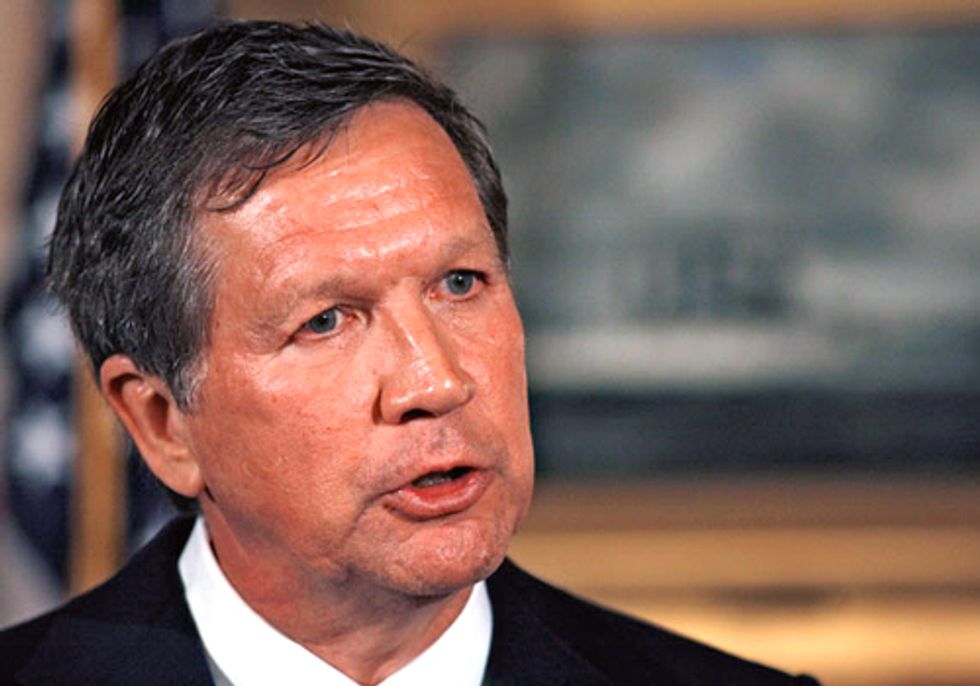 Governor Kasich has been ambiguous regarding his support for renewable energy as far back as his campaign for governor. Even at his high-profile Energy Summit in the fall of 2011, when the governor announced his intention to craft a comprehensive overhaul of Ohio energy policy, Gov. Kasich largely avoided the question of whether he sought to expand or contract Ohio’s commitment to renewable energy—and whether he supported continued investment in renewable energy at all.

A week after Gov. John Kasich’s power commission, the Public Utilities Commission of Ohio (PUCO), voted to send the developers of the largest solar farm east of the Rockies back to the drawing board, the governor has kept quiet on the project and questions about his administration’s support of clean energy. This comes even as PUCO’s chairman Todd Snitchler has become embroiled in controversy regarding a series of tweets revealing skepticism of the scientific consensus around global warming and a bias against clean energy.

“It speaks volumes about Governor Kasich that he would appoint a chairman of the PUC who is so out of touch of with the opinions of Ohio’s citizens on renewable energy,” said Julian Boggs of Environment Ohio, pointing to public opinion polls indicating overwhelming support for increased investment in solar power.

All this has left renewable energy advocates uneasy about support for clean energy from the governor’s office.

“The citizens of Ohio deserve to know whether or not Governor Kasich believes Ohio should move forward on renewable energy and whether he supports or rejects solar energy in Ohio. This project would have generated enough solar energy to power 30,000 homes, and put Ohio on the map as a regional leader on solar energy. Now, this decision cast a dark cloud over the future of solar and all clean energy in Ohio,” said Boggs.

Boggs rejected the recent implication by Gov. Kasich’s spokesman Rob Nichols that PUCO should be immune to public scrutiny. “The Public Utilities Commission wields enormous power when it comes to the direction of energy policy in Ohio,” Boggs said. “There should be more, not less, sunshine on PUCO decisions. Governor Kasich can and should be held accountable for the decisions of his appointees.”

Though the PUCO is nominally an independent commission, Chairman Snitchler was appointed to his role by Gov. Kasich and has emerged a top energy advisor to the administration. Upon accepting the appointment to PUCO, Chairman Snitchler said a large part of his decision was based on what he saw as an “opportunity to work in tandem with a very dynamic governor."

The PUC regulates Ohio’s four investor-owned utilities, which together occupy the majority of Ohio’s electricity market. One of PUCO’s most important roles in the coming years will be the implementation of Ohio’s energy efficiency standard, which requires that utilities help their customers invest in cost-saving efficiency measures and has already saved Ohio consumers millions on their utility bills. PUCO has broad power over the methods that utilities use to meet or exceed the state’s efficiency goals.

Gov. Kasich is set to make another appointment to PUCO in the coming weeks as he replaces renewable energy and energy efficiency proponent Commissioner Cheryl Roberto, who retired in December. “It will be telling to see how the governor balances out his commission,” said Boggs.