Could Trump’s Government Shutdown Cause Outbreaks of Wildlife Disease? 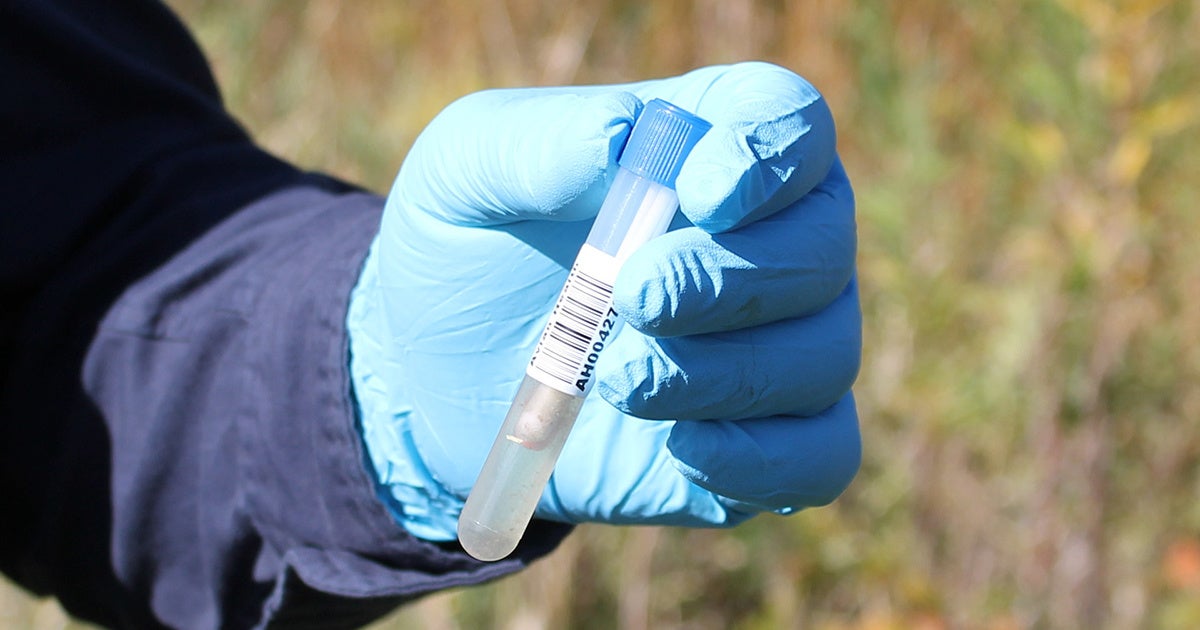 The current U.S. government shutdown could worsen ongoing wildlife disease outbreaks or even delay responses to new epidemics, according to federal insiders and outside experts who work with federal wildlife employees.

The shutdown—initiated by the Trump administration on Dec. 22 over a financing dispute for the president’s promised southern border wall—has already gone on to be the longest federal shutdown in U.S. history. It has halted virtually all work by federal employees in several agencies, including those tasked with caring for the nation’s wildlife.

When the government is functioning normally, wildlife biologists on national parks and wildlife refuges investigate unusual wildlife deaths and send samples to federal labs that specialize in testing deceased animals for several types of disease. During this shutdown, however, monitoring and testing capabilities have been limited. Following federal shutdown contingency plans, the four major agencies tasked with testing for, responding to and monitoring wildlife disease outbreaks have significantly cut their staff, response and research activities. These agencies include the U.S. Department of Agriculture’s Animal and Plant Health Inspection Service, U.S. Fish and Wildlife Service, U.S. Geological Survey and National Park Service.

In particular, experts warn the absence of monitoring could have long-term consequences if an outbreak occurs or a new disease arrives in the country.

“If it’s a novel introduced pathogen, the lack of timely testing could result in more deaths and potential spread of disease,” according to a federal employee who spoke to The Revelator on the condition of anonymity, because they are not permitted to discuss their work during the shutdown.

A Major Outbreak in California

Rhode Island State Veterinarian Scott Marshall, who works with the USDA to address outbreaks of disease in domestic animals—including those transmitted by wildlife—said government shutdowns are probably not likely to specifically cause wildlife disease outbreaks. Instead, he said, shutdowns are probably more likely to affect the government’s ability to respond to such outbreaks if they occur during a period when fewer personnel and resources are available.

That has the potential to happen during the current shutdown, as the U.S. is currently in the midst of a major avian disease outbreak spread by wild birds and infecting large numbers of domestic fowl.

The outbreak began last May, when the National Veterinary Services Laboratory confirmed a case of fatal Newcastle disease in a small flock of backyard chickens in Los Angeles County. The virus can cause neurological, respiratory and digestive systems failure, and sudden death, with a mortality rate of 100 percent in unvaccinated fowl.

The disease spread quickly, first to hundreds of backyard flocks and now to laying hens on three large commercial poultry operations in Southern California. The California state veterinarian, Annette Jones, has mandated euthanasia of all poultry in Los Angeles, Mira Loma/Jurupa Valley, Muscoy and Perris counties. About half a million birds have been, or are expected to be, euthanized as a result of the outbreak. It’s a large number that continues to grow, despite government and state intervention.

“For the first time since 2003, we have confirmation of virulent Newcastle disease in a commercial poultry operation,” Francine Bradley, poultry specialist at UC Davis Department of Animal Science Extension wrote online in December following the first diagnosis on an industrial farm. “Already, some of our international trading partners are refusing to import and poultry or poultry products from California.”

“This is serious,” she wrote.

Despite the still-worsening problem, the shutdown has forced the Department of Agriculture Animal and Plant Health Inspection Service to deploy significantly fewer employees than it has in previously outbreaks. The Revelator has verified with USDA-APHIS that the agency had just 33 employees in California on January 10 working to respond to this still-developing outbreak of deadly Newcastle disease. The agency had another eight working virtually, alongside 105 California Department of Food and Agriculture employees.

This mobilization pales in comparison to a previous outbreak that cost the country billions of dollars.

To see how the current Newcastle case is affected by the current shutdown, it’s important to look back at a previous outbreak that occurred while the government was fully funded.

In December 2014 the worst-ever U.S. epidemic of highly lethal avian influenza hit the nation after wild birds from Asia spread the disease to their counterparts in the Americas, which then spread the disease to farmed poultry. The deadly outbreak lasted six months and led to the combined deaths and euthanasia of more than 50 million chickens, turkeys and other domestic fowl. The outbreak cost the U.S. economy more than $3.3 billion in lost revenues and sent the price of eggs skyrocketing.

According to USDA documents, more than 3,400 personnel—including 250 USDA-APHIS employees—were on the ground at the height of the 2014 outbreak. That’s 100 times more than are deployed during the current outbreak and government shutdown.

Federal employees’ jobs at the time included running disease tests on deceased wild birds, as well as testing, euthanizing and disposing of diseased domestic fowl. The outbreak response, which ended up costing the government $850 million, was the most expensive animal health event in American history.

Luckily no humans were affected by the disease in North America—quite likely because the government was functioning properly at the time.

Diseases can also solely strike wild populations—and monitoring some potential causes of those situations is another critical government function hobbled by the shutdown.

“The main governmental tool to stop spread of disease is regulation of animal movement, both internationally and interstate,” he said.

If activities to prevent the smuggling of wildlife into the U.S. are reduced or eliminated during the shutdown, the lack of resources could increase risks of foreign diseases spreading, Marshall notes. Ongoing efforts to prevent the spread of foreign wildlife, insect and plant diseases into the continental U.S. have continued since the shutdown began, but on a more limited basis with fewer staff at work, according to federal contingency documents.

Meanwhile tens of thousands of government workers directly involved with the wellbeing of the nation’s wildlife, spanning multiple federal agencies, have been forced to cease all “nonessential” activities—those unrelated to human life or property. Federal employees are not allowed to go to their offices, use government equipment, answer emails or discuss the shutdown. This involves personnel responsible for running tests that could preemptively detect diseases in wildlife and hasten the response to any diseases that are detected, according to federal contingency documents.

Additionally, public affairs officials we reached out to say they have been forbidden to reply to media requests. If the shutdown continues, experts warn that lack of communication could slow public response to any emerging threats.

A Lack of Monitoring and Research

Despite the risk that wildlife diseases like Newcastle and avian influenza pose to farm animals, and in some cases also humans, the government has not dedicated any personnel to monitoring for possible disease during the shutdown.

Similarly, nearly all of agencies’ long-running research projects, even those with both government and nongovernment partners that offer insight into wildlife health and could detect disease, have been put on hold. Notably, the world’s longest-running monitoring program of a predator-prey relationship, the Isle Royale Moose/Wolf Project, is currently at risk of being completely scrapped this winter season due to the shutdown, according to news coverage of the issue. This monitoring project helped document a major decline in wolves during a parvovirus disease outbreak in the early 1980s.

Kira A. Cassidy, a research associate with the Yellowstone Wolf Project, which falls under the jurisdiction of the National Park Service, says all of her agency’s ongoing research projects—including those involving disease—have been put on hold. In Yellowstone the only activities now performed by federal employees include law enforcement, emergency dispatch and responders, and maintenance staff for roads, according to Cassidy.

Calling for Federal Help During a Shutdown

Other diseases have also started to emerge during the shutdown. For example, since last November Texas biologists have found about a dozen dead freshwater turtles belonging to three species—red-eared sliders, Texas river cooters and spiny softshells—in Tarrant County. Texas Parks and Wildlife Department press office manager Steve D. Lightfoot reports that state biologists have also noticed between 30 and 40 turtles showing signs of illness in the same area, though there have been no dead or sick fish or birds observed. The cause of the sick and dead turtles remains a mystery.

“At this time we do not have a definitive cause,” said Lightfoot. “Diagnostics to date indicate a combination of bacterial and viral infections may be implicated. Parasitic infection may also be contributing.”

We asked Lightfoot if the government shutdown continues to affect his state agency’s efforts to get to the bottom of this turtle mystery.

“Definitely,” he replied. “We are currently submitting samples to a state lab to evaluate. Getting samples to the [federal] lab and getting lab results completed is a challenge.”

Experts warn that similar situations could play out across the country if the Trump administration and Congress continue to insist on keeping the federal government from operating.