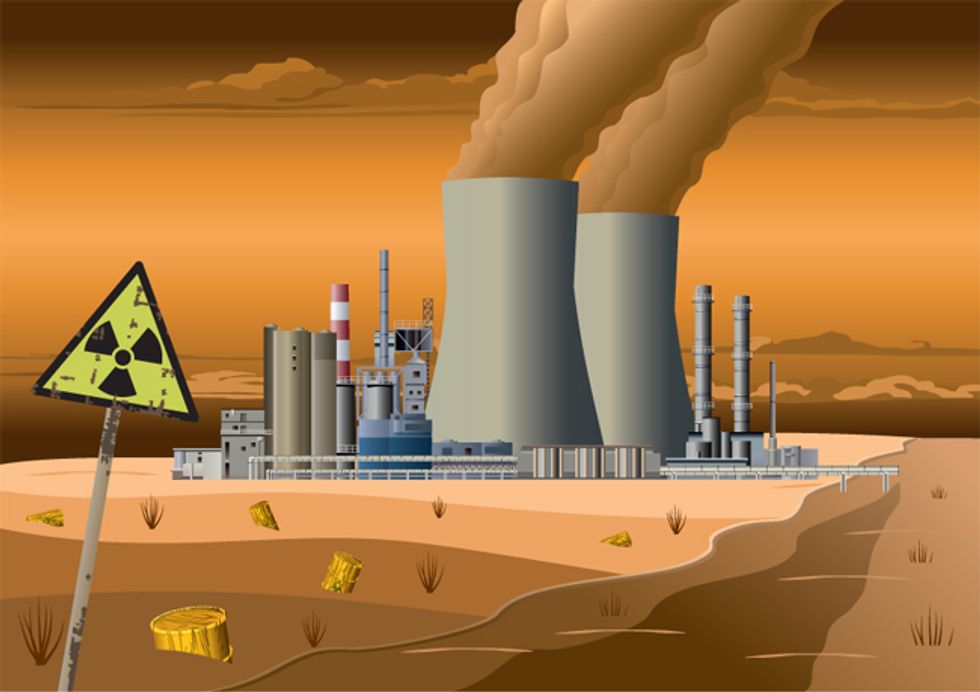 The U.S. Government Accountability Office (GAO) today released a report finding that the Nuclear Regulatory Commission (NRC) does not adequately understand the “shadow evacuation” phenomenon at nuclear reactors, and that its emergency planning regulations do not adequately account for the strong likelihood that far more people would evacuate, from much further distances than NRC plans, in a real nuclear emergency.

“The report did not cover another crucial and little-known flaw in current U.S. nuclear emergency plans,” said Michael Mariotte, executive director of Nuclear Information and Resource Service (NIRS), “which is that they are designed to protect only against very high levels of radiation exposure capable of causing immediate health effects, and would not prevent large-scale exposure to radiation levels that would cause chronic illness, including cancer.”

“It’s past time for the NRC to strengthen its emergency rules—that’s a clear lesson from the Fukushima and Chernobyl nuclear disasters, both of which resulted in evacuations far beyond the NRC’s current 10-mile zone,” said Mariotte.

“In a real radiation release, the American people will expect the government to act to protect them against exposures that could cause damaging health effects. This is especially important since the NRC’s current antiquated rules are based on exposure effects to an average adult man—yet women and children are far more susceptible to radiation than men.

“But to make matters worse, the EPA [Environmental Protection Agency] last week proposed radiation 'clean-up' standards that could force Americans to live in highly-contaminated areas and ingest highly-contaminated food and water in the aftermath of a nuclear power accident or radiological attack. These standards would codify cancer and are completely at odds with civilized society. They must not be allowed to take effect.”

The GAO report mirrors one criticism of NRC emergency planning included in a Petition for Rulemaking submitted by NIRS last February, to expand the size of the current 10-mile Emergency Planning Zones around U.S. reactors to 25 miles and to make other planning and training improvements. That petition, backed by some 6,000 organizations and individuals, is still pending at the NRC.

The GAO warned that by failing to account and plan for the actual numbers of people who would evacuate in a nuclear emergency, “NRC may not be providing the best planning guidance to licensees and state and local authorities.”

The “shadow evacuation” phenomenon was demonstrated at the 1979 Three Mile Island accident, where some 5,000 pregnant women and children under five within five miles of the site were advised to evacuate. But well over 100,000 people from 25 and more miles away actually fled.

The GAO conducted the report at the request of four U.S. Senators, Democrats Barbara Boxer of California, Robert P. Casey Jr. of Pennsylvania, Sheldon Whitehouse of Rhode Island and independent Bernard Sanders of Vermont, in the wake of a 2011 investigative series from Associated Press showing startling population increases near many nuclear reactors and a population outside the immediate 10-mile Emergency Planning Zones largely unaware of what to do in the event of a nuclear accident.