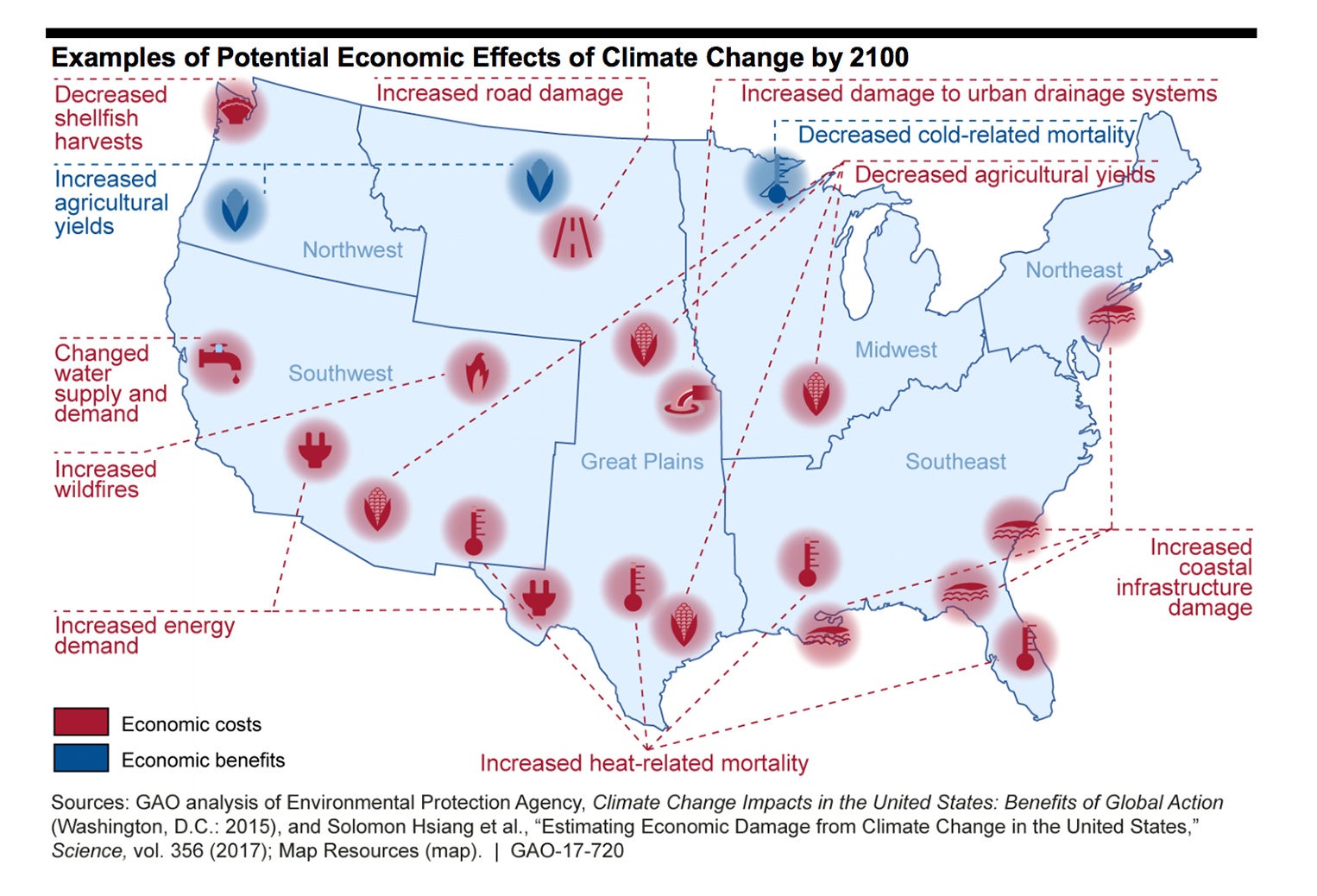 President Trump might think that global warming is a hoax created by the Chinese, but the Government Accountability Office (GAO), Congress’s nonpartisan auditing arm, is urging the administration to craft a plan to confront climate change or else it will have to deal with its massive economic consequences.

According to a new report released by the GAO, the U.S. government has already spent more than $350 billion over the past decade on dealing with natural disasters and losses from flood and crop insurance. The tally does not even include the economic toll from this year’s horrific West Coast fires and successive hurricanes, which is estimated to cost at least $300 billion.

Costs will also soar—as much as $35 billion per year by mid-century—if global emission rates are not reduced, the study warns.

The report, which features interviews with more than two dozen scientific and economic experts and 30 studies, was requested by Senators Maria Cantwell (D-WA) and Susan Collins (R-ME).

“The Government Accountability Office—if you will, the chief bean counter—is basically telling us that this is costing us a lot of money,” Cantwell told the New York Times. “We need to understand that as stewards of the taxpayer that climate is a fiscal issue, and the fact that it’s having this big a fiscal impact on our federal budget needs to be dealt with.”

The Senators hope that the study will prompt Congress and the administration to move towards a bipartisan solution to fight the effects of a warming world.

“My hope is the administration will take a look at this report and realize there is an economic impact here that is significant,” Collins told the Times. “We simply cannot afford the billions of dollars in additional funding that’s going to be needed if we do not take into account the consequences of climate change.”

Trump, however, has notoriously pulled the U.S. out of the Paris climate agreement and rolled back several Obama-era environmental regulations designed to address climate change, including the repeal of the Clean Power Plan. The president’s EPA Administrator Scott Pruitt has close links to the fossil fuel industry and once said that carbon dioxide is not the primary driver of global warming.

Robert N. Stavins, an economist at Harvard University, cast doubt the study would convince the government to act.

“The GAO study is conservative, it’s not alarmist, it’s realistic and balanced and they go out of their way to point out all of the uncertainties involved,” Stavins told the Times. “I don’t see any likelihood it’s going to be taken seriously.”

Indeed, the price tag from the GAO’s study is drastically lower than estimates from other recent reports. The non-profit Universal Ecological Fund found that extreme weather and public health issues related to burning fossil fuels could cost the U.S. up to $360 billion annually—nearly half of annual U.S. economic growth—within the next ten years.