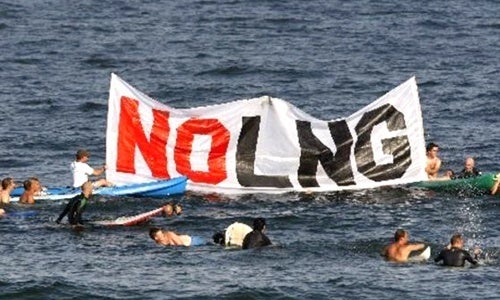 New York Gov. Cuomo announced today that he has officially vetoed the Port Ambrose Liquefied Natural Gas project amid an outcry from environmental groups and surrounding coastal communities. The project was proposed by Liberty Natural Gas off the shores of New York and New Jersey.

The deep-water docking station would have been built just 19 miles off of the shores of Long Island and would have allowed Liberty Natural Gas “to inject natural gas into the New York-area pipeline, which could lower home heating bills there, among the most expensive in the nation,” according to the Associated Press (AP). The company has been trying to obtain approval for the project for years from the federal Maritime Administration, but federal regulations required the governors of New York and New Jersey to sign off on the project, and since Cuomo refused to, the project has now been denied, explained the AP.

“My administration carefully reviewed this project from all angles, and we have determined that the security and economic risks far outweigh any potential benefits,” Cuomo told the AP this morning. “Superstorm Sandy taught us how quickly things can go from bad to worse when major infrastructure fails—and the potential for disaster with this project during extreme weather or amid other security risks is simply unacceptable.”

In a letter sent to the federal Maritime Administration, Cuomo said there were “too many unanswered questions on security on Port Ambrose,” including how the project would deal with potential superstorms, which are increasing in frequency because of climate change. 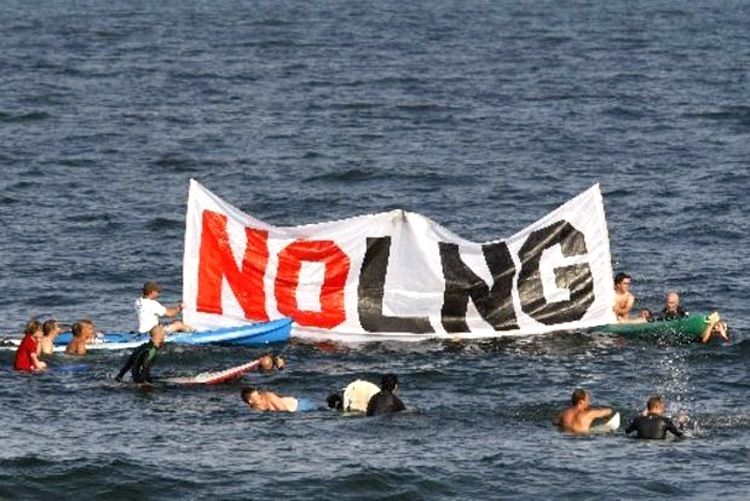 Environmental activists took to the water to voice their opposition to the project.

Environmental groups praised the decision. “Port Ambrose would have threatened coastal communities in Queens, Brooklyn and Long Island with the risk of catastrophic spills and explosions and endanger treasured marine ecosystems,” said the environmental group Catskill Mountainkeeper, which fought to stop the project.

Many in the surrounding community were opposed to the project, citing fears that the pipeline could become a “target for terrorists or could develop leaks off the shores,” reported News12 Long Island. “This is terribly dangerous,” New York area resident Jessica Roff told the AP. “It’s volatile. It’s dangerous. It’s a terrorist threat.”