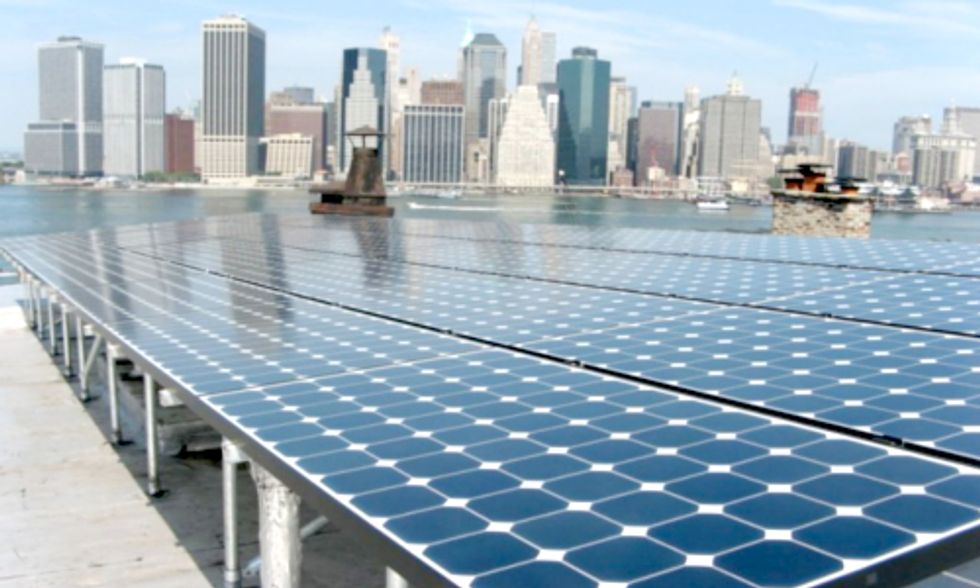 New York governor Andrew Cuomo delivered his State of the State address this week and announced an even greater commitment to clean energy, including $1 billion in new funding for solar energy projects.

Launched in 2012, Cuomo’s NY-Sun Initiative has already been a tremendous success, with almost 300 megawatts (MW) of solar photovoltaic capacity installed or under development, more than was installed in the entire decade prior to the program. Now with another major financial boost, Cuomo aims to install 3,000 MW of solar across New York.

In addition to the 10-year financial boost for NY-Sun, Cuomo announced a new program entitled K-Solar, which will incentivize the deployment of solar energy by using the state’s 5,000 schools as “demonstration hubs” to increase the number of solar energy projects in their surrounding communities.

The governor also unveiled the $40 million NY Prize competition, which will bolster community microgrids in the state, helping to make the electrical grid more resilient in the face of increasing extreme weather like Superstorm Sandy. Additionally, Renewable Heat NY will seek to utilize private sector investment to boost biomass heating as a cheaper, renewable alternative to home heating oil.

As Cuomo’s impressive commitment to clean energy pays off in the state’s rapidly growing solar industry, NRDC notes that not only is NY-Sun expanding the marketplace, it has also served to “to drive down the cost of installed solar power by establishing new, cost-effective and efficient practices and technologies.”

Thanks to this suite of forward-thinking policies, New York has skyrocketed through the U.S. solar rankings. According to the Solar Energy Industries Association, “with enough solar to power more than 30,900 homes, New York currently ranks 12th in the country for installed solar capacity. There are more than 411 solar companies at work throughout the value chain in New York, employing more than 3,300 people.” And those figures are on the rise. An analysis of clean energy jobs created in the third quarter of 2013 ranked New York third in the U.S., behind only California and Nevada.