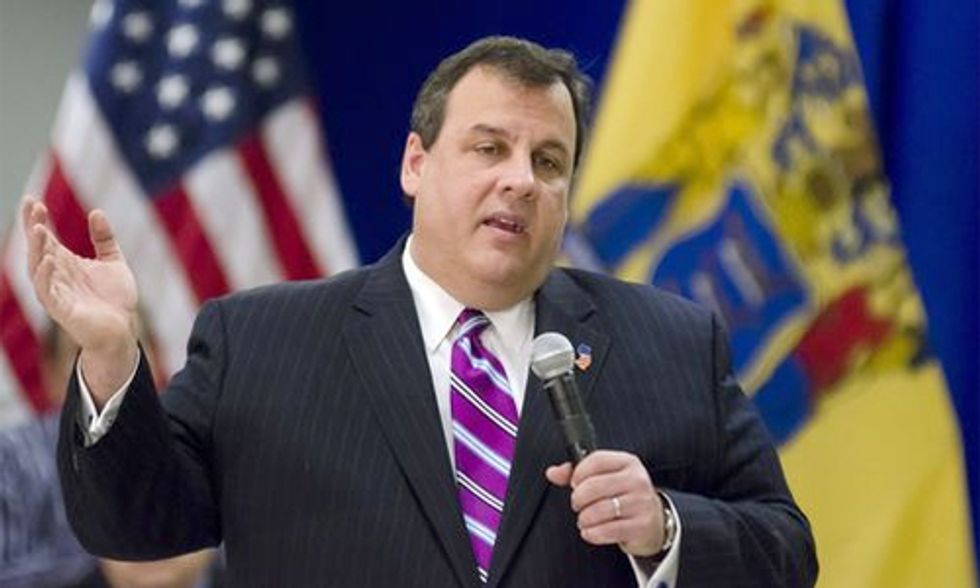 New Jersey Governor Chris Christie is doing whatever he can to prevent his state from supporting clean energy jobs and climate action. On Monday, Gov. Christie again took the path of big polluters by pulling New Jersey out of the Regional Greenhouse Gas Initiative (RGGI)—an innovative and proven program in which northeastern states are working together to reduce carbon pollution while boosting the clean energy economy. And it’s not the first time Gov. Christie’s tried to turn back the clock. In March, an earlier RGGI rollback was slapped down when a court found Gov. Christie’s Administration violated the law in attempting to pull the state out of the regional agreement.

With his eyes set on a 2016 presidential nomination, Gov. Christie is aligning himself with big polluters who lobby the Republican party to protect their interests. Photo credit: Bob Jagendorf via Sierra Club

RGGI has already helped create thousands of jobs in New Jersey while curbing carbon pollution from power plants—and it’d be a key way in which the state could meet the new carbon standards established by President Obama’s Clean Power Plan.

"People of New Jersey demand action on climate change and want our state to reduce air pollution, for our state to be more resilient, and to support growing our economy through new technology and clean energy jobs,” New Jersey Sierra Club Director Jeff Tittel said. “Especially after Hurricane Sandy, the public supports action on climate change. New Jersey needs to reduce greenhouse gases—and RGGI is one of the ways to do it."

During New Jersey’s participation in the initiative, the state achieved its greenhouse gas reduction goal of 10 percent within the first three years, boosted the economy by $151 million, and created 1,772 jobs throughout the state. So that begs the question—why would the state pull out in light of its substantial success?

“We believe that the Governor pulled out of RGGI because he cares more about his national political ambition than the environment and people of New Jersey," Tittel said.

As Gov. Christie keeps his eyes on a potential Presidential run in 2016, the big polluters and special interests that back Republican candidates are attacking any and all efforts to create clean energy jobs and act on the climate crisis. Front organizations backed by the oil-rich Koch Brothers have pushed legislators to sign a pledge to refuse climate action while polluter front groups are dumping millions into efforts to smear the Clean Power Plan and its supporters. So, Republicans with national ambitions like Christie are positioning themselves now to be on the side of polluters.

This isn’t the first time Gov. Christie has put New Jersey’s communities and economy in jeopardy for the sake of his political standing. Since taking office, the Christie Administration has gutted about $1 billion from clean energy funding initiatives. With Christie’s support, a New Jersey Clean Energy Fund could have created 5,000 local jobs, billions of dollars in economic activity and cut air pollution by 100 million tons.

“With RGGI we can protect our environment, reduce carbon pollution and move our state forward economically. RGGI is a win-win for New Jersey, and Gov. Christie is a lose-lose when it comes to protecting our environment and reducing the impacts of climate change,” said Tittel. “The Governor would rather side with the fossil fuel lobby in Washington than clean energy jobs in New Jersey."