Gov. Brown's Cozy Ties to Oil & Gas Is a Threat to California's Coast and Democracy 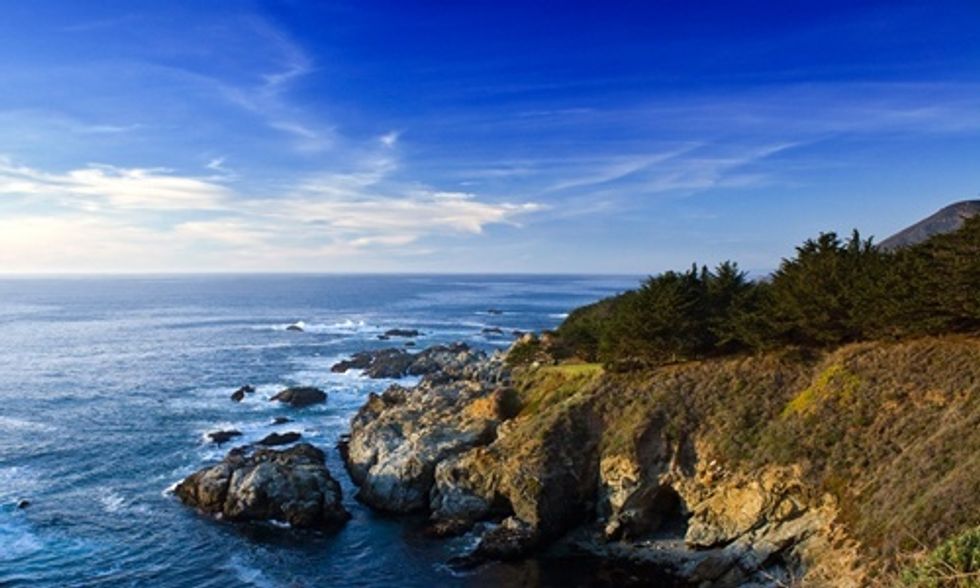 The four California Coastal Commission members appointed by Gov. Jerry Brown have been maneuvering to oust its outspoken executive director Dr. Charles Lester. This campaign to unseat Dr. Lester is an unsheathed assault on the coastal commission's integrity and a dire threat to the California coast. It is also an audacious display of industry power, which will come to a head Wednesday at the commission's quarterly meeting in Morro Bayon.

The 12-member coastal commission has regulatory authority over all permits, licenses and funding approvals for projects impacting coastal resources, including offshore oil and gas development. For more than 40 years the coastal commission has brought balance to the struggle between advocates of clean water, healthy wetlands, unspoiled vistas, unpaved agricultural farms and broad public access against the real estate and energy tycoons who now seek Dr. Lester's ouster. Dr. Lester has been the commission's most vocal champion for safeguarding California's public trust assets and preserving the coast from unwise and shortsighted development.

Industry launched its campaign to topple Dr. Lester shortly after he expressed skepticism over the proposed Banning Ranch development, which would place nearly 1,400 homes with resort and retail space on environmentally sensitive coastal habitat and wetlands. Aera Energy, a jointly owned affiliate of Royal Dutch Shell PLC and ExxonMobil Corp, is a leading project promoter.

Californians are increasingly aware of the anti-democratic clout wielded by energy barons and developers.

The ongoing Porter Ranch gas leak offers striking parallels and strong cautions about Sacramento's merger with corporate power. The Porter Ranch disaster is the offspring of a greedy company and its delinquent regulator who ignored a missing safety valve on a 62-year-old well for 31 years. When the inevitable blow out happened, it took Gov. Brown 40 days to declare a state of emergency to address the largest gas leak in history—one which has displaced 4,400 families, sickened hundreds of adults and children and drawn compelling comparisons to the BP oil spill.

Residents wonder if Gov. Brown's cozy ties to petroleum and real estate interests inspired his lethargy. Brown has taken $1.1 million from real estate developers since 2011 and $2,014,570 from oil and gas barons since 2006. His sister, Kathleen Brown, sits on the board of Sempra Energy, whose affiliate, SoCal Gas, is the culprit in the Porter Ranch well collapse. Sempra paid her $188,380 in 2014 and $267,865 in 2013. Kathleen Brown also owns rights to Sempra stock worth $409,945. She is a partner at a law firm that represents the California Independent Petroleum Association (CIPA) and a defendant in a RICO—Racketeer Influenced and Corrupt Organization—lawsuit against Gov. Brown and the oil industry. CIPA and its members donated lavishly to Gov. Brown's legacy ballot measure—Prop 30.

Beginning in 2011, CIPA joined with Occidental Petroleum to persuade Brown to approve a host of illegal injection wells of the kind that failed at Porter Ranch. In response to a direct request from Occidental's attorney Gray Davis, Brown fired two diligent public servants—State Oil & Gas supervisor Elena Miller and her boss Derek Chernow, the acting director of the state Department of Conservation—when they refused to issue illegal well permits.

Two months later, on Jan. 9, 2012, Brown's new State Oil & Gas supervisor, Tim Kustic, issued Occidental an illegal permit to drill a frack well in a Kern County almond orchard without the required environmental review designed to protect vital aquifers. Four days later, Occidental gave its first of two $250,000 contributions to the governor's proposition to increase taxes. In a striking expression of fealty to the carbon czars, Brown pledged on the same day as the Occidental contribution that neither human health injuries nor the law would deter him from continuing to serve their interests. “There will be indictments and there will be deaths. But we're going to keep going," he said.

In total, grateful oil and gas tycoons contributed more than $1.2 million to Brown's proposition to increase income taxes. Brown later boasted that firing Miller and Chernow facilitated oil development in Kern County. It also meant that millions of gallons of contaminated waste would be injected each month into the aquifers in the California San Joaquin Valley.

In her shocking new book, Dark Money: The Hidden History of the Billionaires Behind the Rise of the Radical Right, Jane Mayer reveals how a small cadre of oil titans have used their astonishing riches to game America's political system, capture our regulatory agencies, corrupt our politicians in order to subvert democracy, defy our environmental laws and push American democracy toward a new Gilded Age for corporate kleptocracy.

California and a handful of other states have largely escaped this kind of hostile takeover of state government by corporate power. But California's democratic values cannot flourish long with Sacramento politicians suckling at pipelines of oily cash. The move to oust the coastal commission director is a signal that public servants with courage and integrity that stand up to well-connected robber barons will be crushed and silenced by government officials on industry payroll.

As the coastal commission convenes tomorrow, the rest of the world will be watching California, not just for how she protects her coastlines, but how she safeguards her democracy.