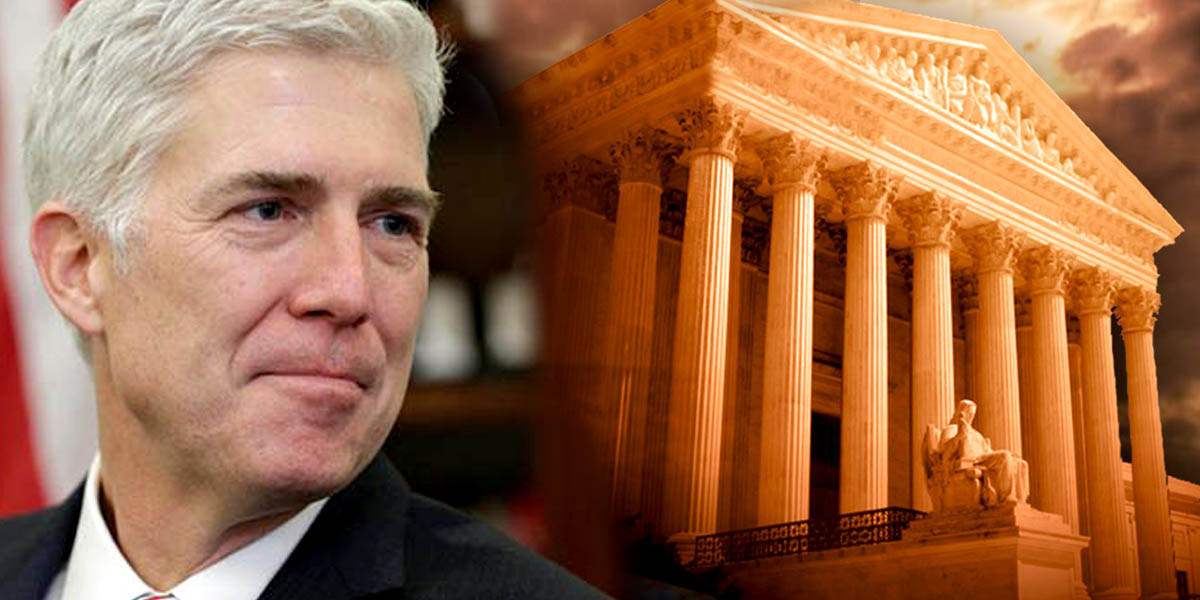 The U.S. Senate is beginning the confirmation process today to consider Judge Neil Gorsuch to the U.S. Supreme Court. Gorsuch, nominated by President Trump on Jan. 31, is now a jurist on the 10th U.S. Circuit Court of Appeals in Denver.

Senators will be making their opening statements, with Republicans expected to say that he will be fair-minded on all issues, including those pertaining to the environment by pointing to what they consider an even-handed record. Democrats, though, will be asking targeted questions of the would-be Supreme Court jurist, especially about his thinking on the carbon-cutting Clean Power Plan that now awaits a decision at the appeals court level.

What cases might environmentalists look at to get a keener insight into Judge Gorsuch’s legal mindset? One of the most recent and hotly contested consisted of a Colorado state mandate requiring investor-owned utilities get 30 percent of electricity they sell from renewable sources by 2020—a law that Gorsuch voted to uphold.

In 2015, on a three-judge panel, Gorsuch affirmed that Colorado’s renewable energy law would remain in place and did not violate the Constitution. The plaintiff had advocated for a free market approach to environmentalism and argued that the law violated the Commerce Clause and unfairly hurt out-of-state businesses, such as coal producers.

Conversely, according to the AP, Gorsuch sided with business interest in a 2010 case in which the U.S. Environmental Protection Agency (EPA) had classified land in New Mexico as Indian territory when a company had wanted to explore there. Gorsuch said that the land in question was not actually on an Indian reservation and thus ruled in favor of the mining company.

By way of background, Neil Gorsuch is the son of Ann Burford Gorsuch, who led the EPA from 1981 to 1983 when President Reagan was in office. Environmentalists had been critical of her back in the day, saying that she had failed to tackle cases important to their cause and that she had tried to loosen existing regulations that had been meant to reduce pollution.

To that end, Democratic senators have expressed concern that Judge Gorsuch naturally favors the interest of big business. Senators worry that this would come at the expense of the environment as well as the most vulnerable Americans.

“The highest court in the land should be reserved only for those who believe that a democracy works for the people—not corporations,” Michael Brune, executive director of the Sierra Club, said in a statement. “Unfortunately but not unsurprisingly, Donald Trump’s nominee, Neil Gorsuch, does not subscribe to this belief as evidenced by his long record of anti-environment, anti-women and anti-worker decisions.”

Progress Now in Colorado believes that the nominee would set back environmental policy. Meantime, NextGen Climate President Tom Steyer said that, when Gorsuch was nominated, the U.S. Senate had owed “no deference” to Trump, who lost the popular vote. “The Supreme Court is one of the last lines of defense at this perilous time for our country,” Steyer added.

Environmentalists, for example, point to the Chevron Doctrine, which is encompassed in the case of Chevron U.S.A., Inc v. NRDC. Simply, courts will defer to the federal agencies that have thoroughly analyzed a policy. But green groups, pointing to an earlier immigration case, are fearful that the Supreme Court nominee would give short shrift to the doctrine. That’s because it is often associated with EPA regulations.

“It gives them broad authority to regulate certain pollution and it leaves it up to the experts to determine exactly what threshold of pollution is acceptable and what threshold is dangerous,” Billy Corriher of the Center for American Progress said, according to the AP. “Judge Gorsuch would want to get rid of that standard and basically allow judges to substitute their own judgment for the judgment of the agency experts.”

While some of the high court’s current judges have criticized the doctrine—notably Justice Clarence Thomas—it has, in effect, served as a check on judicial activism, Kenneth Reich, an environmental and energy lawyer in Boston, said in an earlier interview. That’s particularly relevant with regard to statutes that require a precise expertise—knowledge that the judges cannot possibly have.

The Clean Power Plan is a case-in-point. In 2007, the Supreme Court ruled that carbon dioxide is a pollutant that could be regulated under the Clean Air Act—something that EPA made official in 2009, saying it was a danger to public health and welfare. And in 2014, the high court upheld that so-called endangerment finding. That ruling is the foundation behind President Obama’s Clean Power Plan.

But in February 2016, the Supreme Court issued a “stay” to address some concerns of several states before sending the case back to the DC Court of Appeals, where a decision is expected soon. No matter how it rules, it will head back to the high court, which is now evenly split on the Clean Power Plan. The question many are asking is just how would Gorsuch decide and would he respect the Chevron Doctrine?