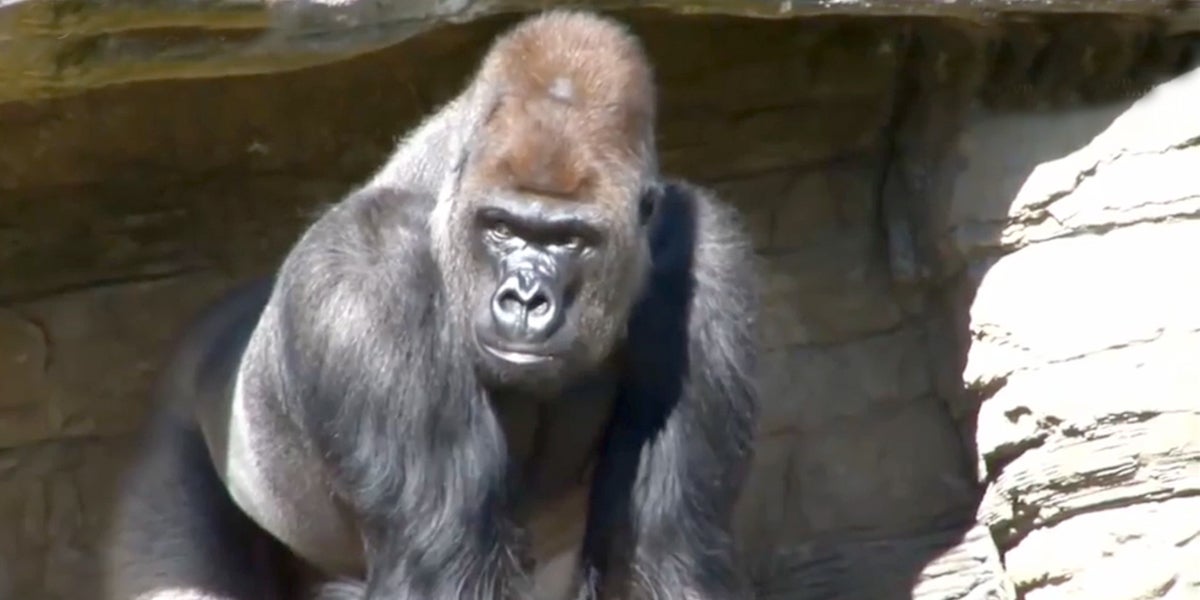 The London Zoo was placed on lockdown Thursday after a 400-pound adult western lowland silverback gorilla escaped from his enclosure around 5:15 p.m. local time.

Visitors at the Gorilla Kingdom exhibit were given quite a scare when the 18-year-old silverback, Kumbuka, began smashing his way out of the enclosure—a few seconds of which was caught on video.

Some visitors were ushered into indoor areas where they could be kept safe and others were evacuated while Gorilla Kingdom staff and police searched for Kumbuka.

Malcolm Fitzpatrick, curator of mammals at the zoo, told The Guardian Kumbuka’s escape was a “minor incident” and that he got into a secure keeper area that was not open to the public. He was tranquilized around 7 p.m. and returned to the Gorilla Kingdom where he was given extra treats and was interacting with the rest of his family.

“At no time were any of our visitors in any danger,” Fitzpatrick said. “The gorilla did not get out of the safe space, there were only about 100 visitors, it was the end of the day and I would like to thank all of those visitors for co-operating and moving into buildings.”

The zoo is launching a full investigation into how Kumbuka got out of his enclosure, but sources say that the cage door to the gorilla’s enclosure was left open. “Every enclosure has a gated area which is off-limits to the public to stop animals running straight past when the door is opened,” the source told The Telegraph. “That door shouldn’t have been left open.”

The Born Free Foundation said Friday it is “deeply concerned” about Kumbuka’s escape and is calling for an “urgent inquiry” into the circumstances surrounding it.

“While we are relieved that this incident apparently ended without injury to visitors or to Kumbuka, it is yet another startling reminder of the risks associated with maintaining dangerous wild animals in captivity,” Chris Draper, associate director for Animal Welfare and Care at the Born Free Foundation, said. “This incident could have ended very differently.”

When the escape occurred, the Born Free Foundation said it was already investigating “unconfirmed reports from a BBC journalist of damage to the perimeter glass at the gorilla enclosure and of a previous near-escape involving the gorillas.”

Born Free, which wants to see zoos phased out, is also calling on the government advisory committee on zoo issues to investigate the safety and welfare of great apes in UK zoos.

“How many more times does this sort of incident have to happen? How many times must people be put at serious risk before what Born Free has been saying for years is acknowledged? Zoos simply cannot guarantee the safety of their visitors and their animals,” said Will Travers, president of the Born Free Foundation.