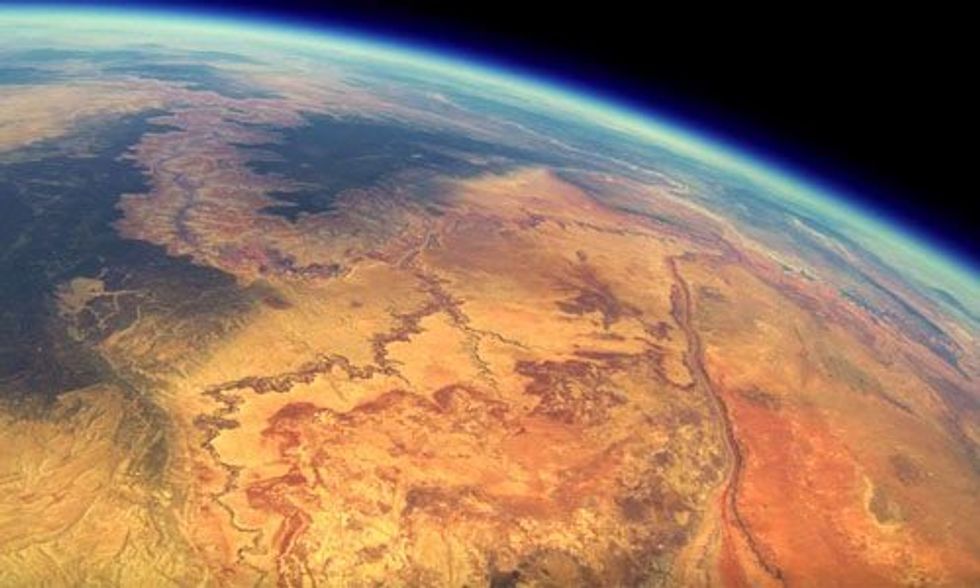 The Grand Canyon is truly a sight to behold. It's 277 miles long, up to 18 miles wide and more than a mile deep in parts.

"The Canyon’s mile-high walls display a largely undisturbed cross section of the Earth’s crust extending back some 2 billion years," says the National Park Service. That fact really brings to mind the expression, "man, if these walls could talk ..."

Thanks to geologists and other scientists who have extensively studied this beautiful area, public opinion of the Grand Canyon region changed dramatically from that of "a worthless locale" to "the most sublime of earthly spectacles," says the park service. And "after nearly 150 years, geologists are still not finished studying the Grand Canyon."

In June 2013, a group of students sent a GoPro camera attached to a balloon "to the edge of space" (the stratosphere) over the Grand Canyon. The video of that effort was just published last week, and the footage is pretty breathtaking. So, why did it take two years for the footage to be posted? One of the students explains on Reddit how the camera got lost, despite the group's planning.

The group planned to use GPS to track the camera once it fell to the desert floor. They programmed a cell phone attached to the camera to send a text message once it had a signal as it was returning back to Earth. “The problem was that the coverage map we were relying on (looking at you, AT&T) was not accurate, so the phone never got signal as it came back to Earth, and we never heard from it,” explained the student.

Ironically then, the footage ended up being retrieved two years later when "a woman who works at AT&T was on a hike one day and spotted our phone in the barren desert," said the student. "She brings it to an AT&T store, and they identify my friend’s SIM card. We got the footage and data a few weeks later!”

Here is the footage from that GoPro camera: