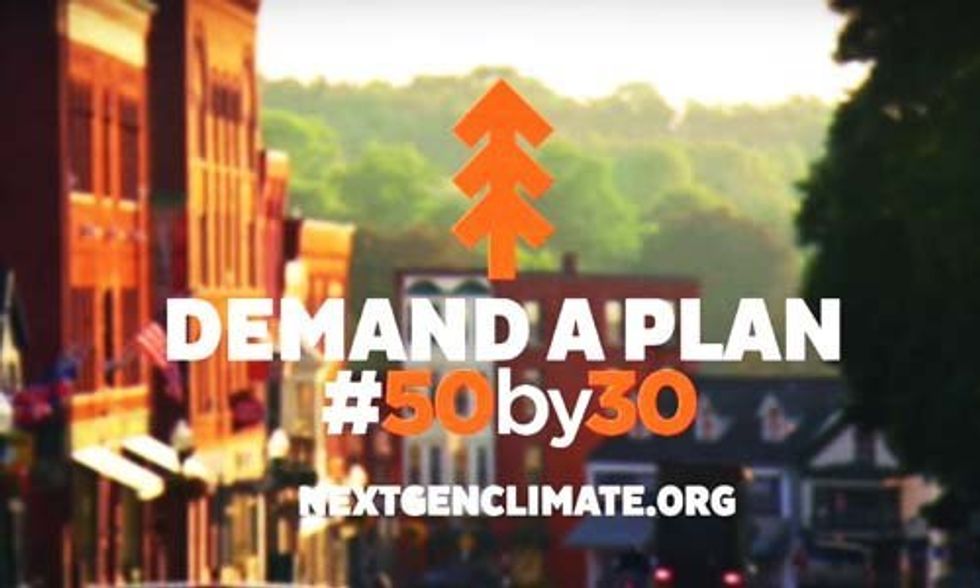 During tonight’s Republican presidential debate, NextGen Climate will run “Who We Are,” a new TV and digital ad calling on our next president to lead the world on climate change action and lay out a plan to achieve more than 50 percent clean energy by 2030. The ad will run on CNBC as part of a six-figure national TV and digital buy.

It’s time for the Republican presidential candidates to recognize that America is ready to tackle the threat of climate change head-on and lead the world on clean energy solutions. Citigroup estimates that failure to act on climate change will result in $44 trillion in lost global GDP by 2060 and 45 major U.S. companies have committed to cut their carbon pollution and completely transition to clean energy.

Meanwhile, thousands of American businesses are already seizing the opportunity presented by the transition to clean energy. Last year, the solar industry added jobs 20 times faster than the rest of the economy, with more Americans now employed in wind and solar than coal mining, and investment in clean energy startups totaling roughly $8 billion annually. Our next president must build on this momentum and lay out a plan to power our country with more than 50 percent clean energy by 2030. #50by30 is achievable, popular and necessary to solve climate change: so what are the Republican presidential candidates waiting for?

Climate change and clean energy aren’t partisan issues: Republican voters know that climate change is an urgent threat to our country’s economic and national security and are looking for leadership from the next president. Poll after poll shows that Republican voters strongly support the transition to a clean energy economy. Last week, a new poll from the University of Texas at Austin shows a “massive shift” on climate attitudes among Republicans, a majority of whom now support increasing clean energy production. Moreover, a Hart Research poll released in August found that 54 percent of Republicans in key battleground states favor a goal to power our country with more than 50 percent clean energy by 2030.

Tonight, the Republican presidential candidates must finally listen to their voters and tell the American people how they would tackle the threat of climate change and accelerate the transition to a clean energy economy.