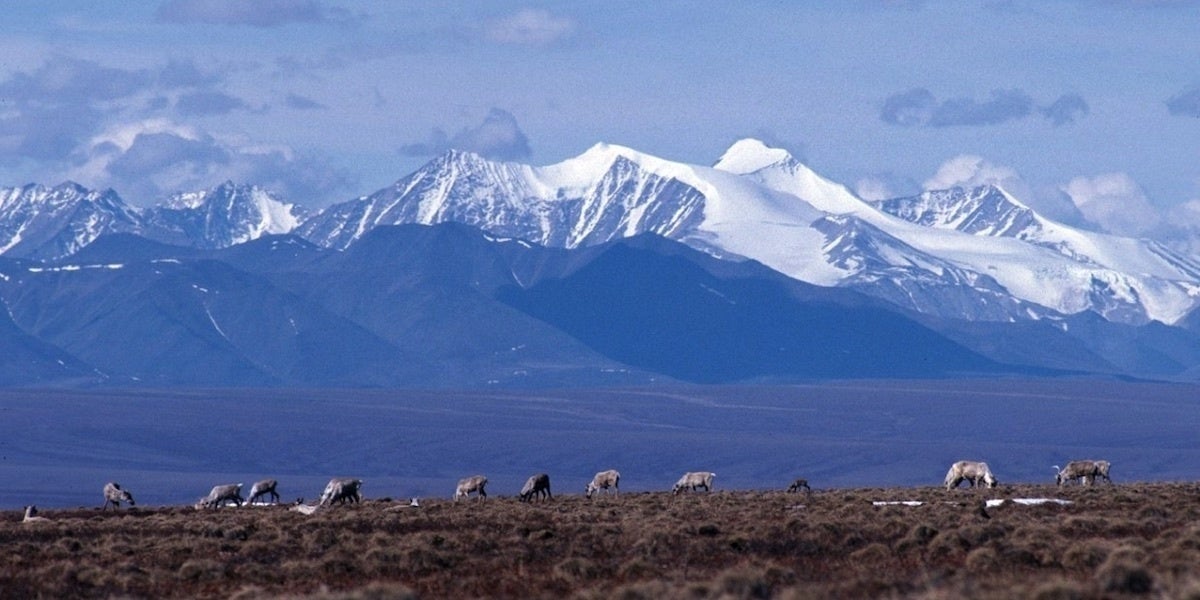 The Republican tax bill, which is likely headed to President Donald Trump‘s desk in the next few days, has major repercussions for our precious environment.

While the electric vehicle industry and the wind and solar sector can breathe a little easier that the sweeping legislation preserves their tax credits, fossil fuel producers are likely cheering the opening of the Arctic National Wildlife Refuge (ANWR) to oil and gas drilling.

The controversial provision, a proposal from Senator Lisa Murkowski (R-Alaska), would auction off an area known as the “biological heart” of the Arctic Refuge that’s home to crucial wildlife habitats, including one-third of all polar bear denning habitat in the U.S. and one-third of the migratory birds that come to the Arctic Refuge. It is also considered sacred to the indigenous Gwich’in people, who sustain themselves from the caribou that migrate there.

Oil drilling in the refuge has been sought by conservative lawmakers for decades despite opposition from 70 percent of Americans.

“Congress has committed the ultimate sellout of America’s public lands with such a devious and shortsighted action in one of the wildest places left in the world,” said Jamie Rappaport Clark, president and CEO of Defenders of Wildlife. “Shame on those who supported this abhorrent assault on our natural legacy.”

Proponents of arctic drilling say the plan would help pay for the massive tax cuts, with Murkowski insisting that her rider would raise “more than $1 billion within 10 years and it will likely raise over $100 billion for the federal Treasury” over time.

But critics contend that with oil prices below $60 a barrel, it’s not even certain that oil companies would want to open up one of Earth’s most remote and harshest areas, nor would drilling raise enough revenue to offset the massive deficit forecasts created by the tax bill.

Notably, the renewable energy sector did not escape the widely unpopular bill’s effects scot-free, as it includes the Base Erosion Anti-Abuse Tax (BEAT) program that would “undermine our capacity to use renewable energy tax credits, which have value only if they can be monetized,” according to a letter addressed to the Senate from clean energy trade groups.

That problem is the Base Erosion Anti-Abuse Tax (BEAT) provision, which targets “earnings strippings,” where large companies with foreign operations reduce their tax bills through cross-border payments they can then deduct in the U.S. The BEAT provision aims to circumvent that stripping with a minimum tax of 10 percent of taxable income.

BEAT would require every company to do two calculations: one quantifying 10 percent of a company’s taxable income, including cross-border payments, and another quantifying the corporation’s tax liability, excluding any tax credits the company received from tax equity investments.

The BEAT provision applies to all but R&D credits. If a company has invested in renewables, the second number could be lower than the first. If that’s the case, the company would have to pay the difference in taxes.

“The environment is the clear loser, with calamitous consequences for all Americans,” Anna Aurilio, Environment America‘s D.C. Office Director said about the tax bill.

Environment America noted that the bill continues massive incentives for fossil fuel production amounting to tens of billions of dollars over the next decade.

Aurilio continued, “After months of global warming-fueled extreme weather and wildfires, and decades of air and water pollution from burning coal, oil and gas, it has never been more important to shift our country—wholesale and quickly—toward renewable energy. This bill takes us in the wrong direction.”

Kirin Kennedy, associate legislative director for lands and wildlife at the Sierra Club, told Public News Service that eliminating $1 trillion or more of revenue over ten years will have a huge impact on government agencies like the U.S. Environmental Protection Agency and Interior Department.

“They’re going to be basically facing massive cuts in their budgets to help pay for the tax cuts that will go toward the richest one percent and the top one percent corporations in the country,” Kennedy said.

Sanders continued about how the tax bill will be bad for public health.

“I hope every American is listening,” he said, “about what [Speaker of the House] Paul Ryan and other Republicans are saying about how they’re going to offset the $1.5 trillion in deficits they have created. And that is, they’re going to come back in the very near future for ‘entitlement reform’—which, in real language, means massive cuts to Social Security, Medicare and Medicaid. That’s what Speaker Ryan is saying and we should take him at his word because, as we all know, the Republican budget that passed a few months ago included a trillion-dollar cut in Medicaid and a nearly $500 billion cut to Medicare over the next decade.”

Another loser in the health bill? The whole of Puerto Rico.

Under the new legislation, the hurricane-ravaged U.S. territory would be considered a foreign jurisdiction for tax purposes, even though its 3.4 million residents are American citizens, Reuters reported.

Puerto Rico was already $72 billion in debt, even before the Sept. 20 Category 4 storm devastated the island. The bill would make the already-painstaking recovery process even harder.