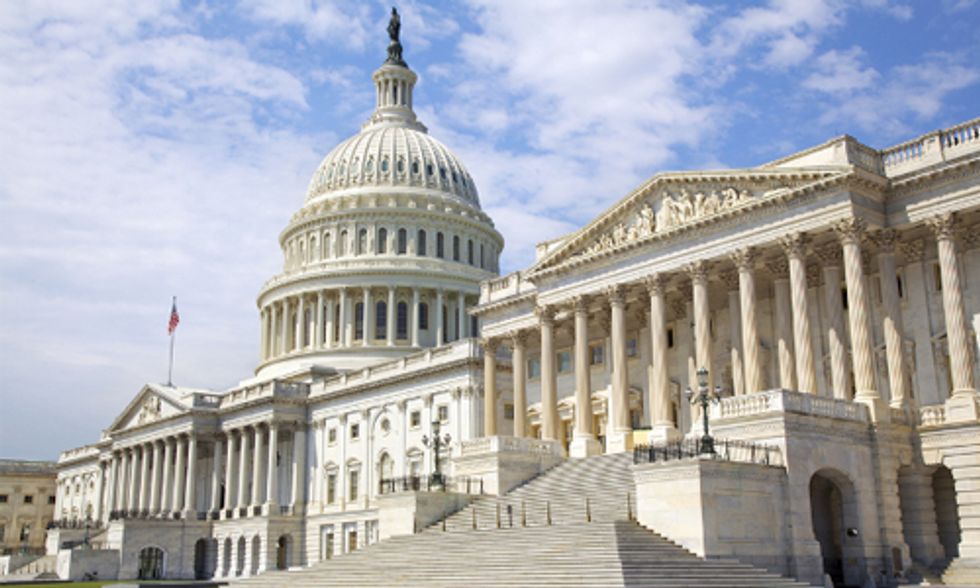 Last year, it often seemed like we were fighting attacks on the environment from all sides. But those of us pushing back against pollution and climate change enjoyed some significant victories in 2014, including the People's Climate March in New York in September—said to be the largest environmental march in history—the dimming prospects for drilling in the Arctic, and of course, the fracking ban in New York state.

2015 is shaping up to be a year of even bigger environmental battles, with a new Republican majority in the Senate and a larger Republican majority in the House, as well as statehouses and governor's mansions dominated by supporters of fossil fuels. And cities and towns are looking at pushing back against polluting industries for the right to make decisions locally about issues that impact their own water, air and soil. Here are the major battles we need to prepare for.

On the federal level, the first fight will be over the Keystone XL pipeline. That's already been promised by Republican leaders in the House and the Senate. Incoming Senate majority leader Mitch McConnell said in December when the attempt to pass approval of the pipeline failed by one vote in the Senate that passing it would be his first item of business. This time it's sure to pass. And while three progressive Democrats last week wrote to House Speaker John Boehner, urging him to put the approval bill through the regular committee process, he certainly could rush it through, eager to get it to President Obama's desk. With the near-certainty of congressional approval, all eyes will be on Obama, who has strongly suggested he will veto it. Can Congress override his veto?

The other big federal battle will be over the authority of the U.S. Environmental Protection Agency (EPA), whose wings the new congressional leaders are eager to clip. Their friends at conservative lobby group the American Legislative Exchange Council (ALEC) have the total elimination of the EPA at the top of their wish list. While that's not likely to happen, Congress will to try to do everything in its power to make sure that the new carbon emissions standards Obama announced in June do not take effect, that new ozone rules are not implemented and that renewable fuel standards are blocked. Their friends in Big Coal are counting on them. They're forming a new oversight subcommittee specifically to oversee the EPA, and it'll be headed by Wyoming's Cynthia Lummis, who has a long anti-environmental record and a lifetime score of just 7 percent from the League of Conservation Voters (LCV)—0 percent in 2013.

Another ALEC dream item is the repeal of renewable energy standards. Their dreams came true in Ohio this past July when Governor John Kasich signed SB 310, making Ohio the first state in the country to walk backwards on clean, sustainable energy. Meanwhile utility companies are appealing to the Public Utilities Commission of Ohio (PUCO) to let them stick Ohio energy consumers with the cost of upgrading and keeping in service obsolete coal-fueled plants, probably not a coincidence. Ohio was the first successful attempt to sabotage the rapid growth of the wind and solar sectors and shore up the fading coal industry. The bill has been cropping up other state legislatures so activists across the country should keep an eye out for it.

Another state issue that could appear again is the effort by consumer groups to force food companies to label genetically modified products—GMOs. This past November, such measures were defeated in Colorado and Oregon, with chemical and industrial food companies massively outspending consumer-oriented groups. Despite that, the Oregon measure failed by less than 1,000 votes—and that was only with 4,000 ballots not counted due to errors. This could surface again, particularly as the opponents of labeling are suing to block Vermont's legislatively passed labeling bill, leaving more consumers wondering what they're fighting  so hard to conceal.

Despite the unexpected victory in New York over fracking, look for the battles over the environment-ravaging form of oil and gas extraction to be fought mostly on the local level. In November, eight counties across the country had fracking bans on the ballot, and four passed, again despite huge spending by fossil fuel interests. One was in Denton, Texas, often considered the birthplace of fracking, where the big extraction companies angered citizens by refusing to work with them on sensible regulations to protect residents' homes and businesses. With lucrative oil and coal deposits locked in that shale, the industry has responded with lawsuits and intimidation, wanting fossil fuel-friendly state governments to be able to overrule local bans. Citizen groups are framing it as a home-rule issue: do citizens or corporate interests get to lay down the rules for the environment that citizens have to live with? Stay tuned.