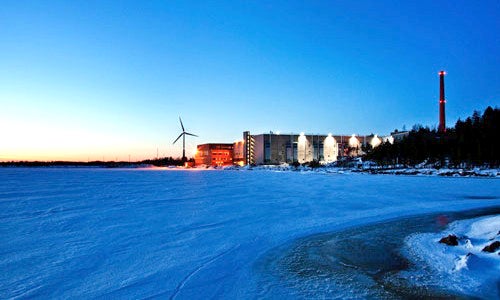 Whether investing in a new project or powering its own facilities, Google Inc. seems like it’s never far away from renewable energy.

The trend continued today when the search engine and tech company announced plans to power one of its data centers solely with wind energy. Google will purchase wind power from four wind farms in Sweden to supply energy for a data center in Hamina, Finland, according to a statement from developer Eolus Vind AB. 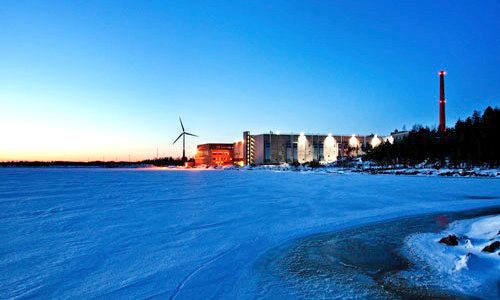 A look outside Google’s Finnish data center, which will soon be entirely powered by wind energy. Photo credit: Google

Google’s 10-year agreement will buy the full supply of wind energy produced by 29 turbines on four farms to be developed by Eolus Vind AB in 2015. The total capacity is 59 megawatts (MW).

“We’re always looking for ways to increase the amount of renewable energy we use,” said Francois Sterin, Google’s director of global infrastructure. “Long-term power purchase agreements enable wind farm developers to add new generation capacity to the grid—which is good for the environment—but they also make great financial sense for companies like Google.”

Google began building the data center in 2011. It was a 60-year-old paper mill before Google purchased it.

Data centers around the world use about 30 gigawatts, or 30 billion watts of electricity, according to Green House Data. The U.S. is responsible for about one-third of that amount.

Today’s announcement complements Google’s 10-year power purchase agreement with energy company O2 and Allianz in 2013 for power from a farm in Northern Sweden. That project would supply 72 MW from 24 turbines expected to be operational by 2015.

“Google’s decision to purchase the full output of the Maevaara wind farm for its Finnish data center was a key element in our decision to invest in the project,” said David Jones, head of renewable energy at Allianz Capital Partners, said last year. “Maevaara is our first renewable energy investment in Sweden, and the power purchase agreement implemented for this project offers an interesting model for further wind farm development in this market.” 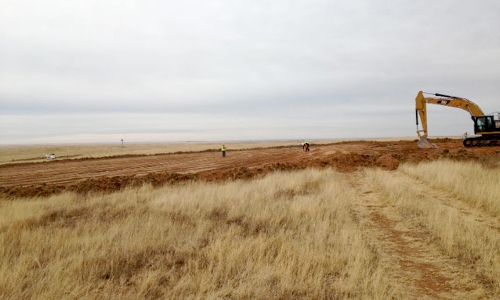 A week ago, Google announced a $75 million investment in the Panhandle 2 wind farm project near Amarillo, TX. The 182-MW facility, developed by Pattern Energy Group LP, will be able to generate enough renewable energy to power 56,000 U.S. homes. It should be up and running by the end of the year.

Though people openly questioned the company’s controversial ties to the American Legislative Exchange Council, Google had a great 2013, investing in six California and Arizona solar projects, to accompany its wind initiatives.