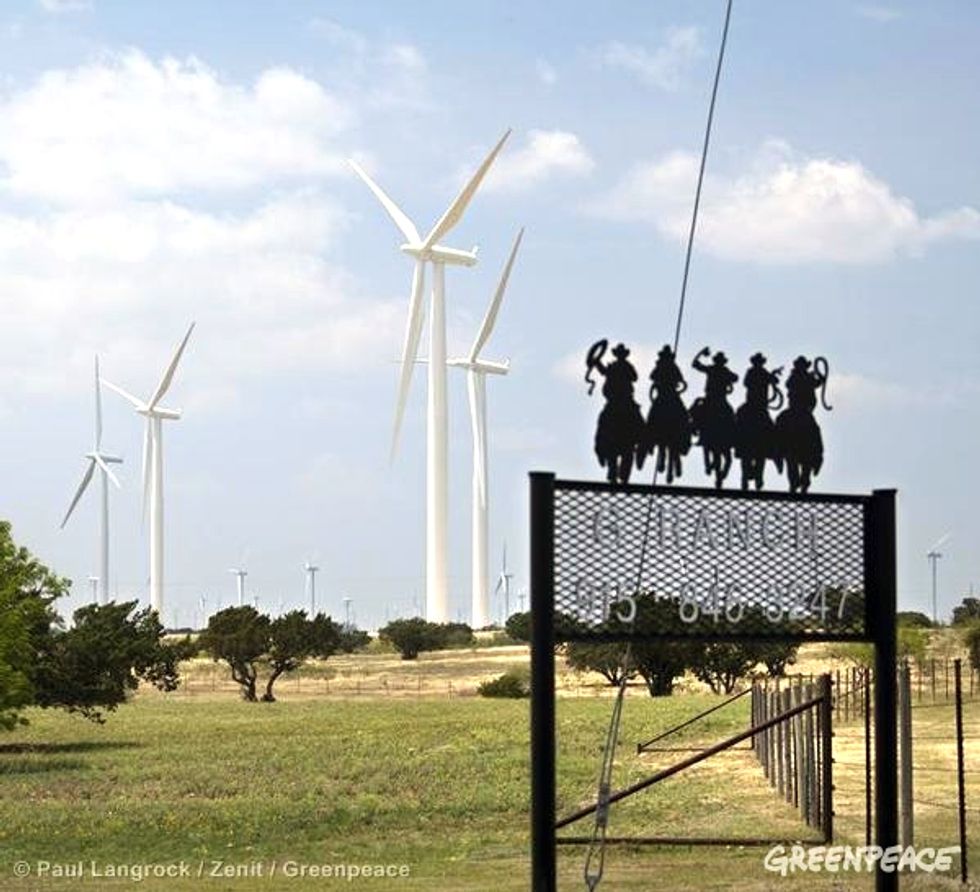 Google has begun 2013 with announcements of two significant investments to advance the future of renewable energy and energy efficiency in the U.S.

Marking a significant new milestone in its clean energy advocacy efforts, Google’s philanthropic arm, google.org, issued a grant of $2.65 million to the Energy Foundation on Monday to “support policy reforms that will lead to more intelligent energy use.”

“Policy reforms” is a key phrase here: Google isn’t content to buy renewable energy for its data centers—it actually wants policies that mean consumers and businesses can use more clean energy and be smarter about the energy they use.

Google’s grant comes on the heels of a $200 million investment it made last week in a wind farm, the Spinning Spur project in the Texas panhandle. That put Google’s to-date investments in clean energy projects at more than $1 billion.

“We’re also proud to be the first investor in an EDF Renewable Energy project that is not a financial institution, as we believe that corporations can be an important new source of capital for the renewable energy sector,” Google said of the investment.

Additionally, Google lobbied for an extension to extend the Wind Production Tax Credit that barely eked through the U.S. Congress at the end of the year. While a one-year extension is hardly enough stability for the growing but still young U.S. wind industry, the extra 12 months will be crucial to getting more wind projects started in 2013.

Last year, Google’s willingness to advocate for clean energy, and to put its money where its mouth is, earned it the top spot in Greenpeace’s Cool IT Leaderboard, which ranks technology companies for their climate and clean energy leadership. Other U.S. companies, like Microsoft, AT&T and IBM, lagged far behind.

Greenpeace will release its next Cool IT Leaderboard at the end of February—check it out to see how other companies compare to Google’s clean energy leadership.