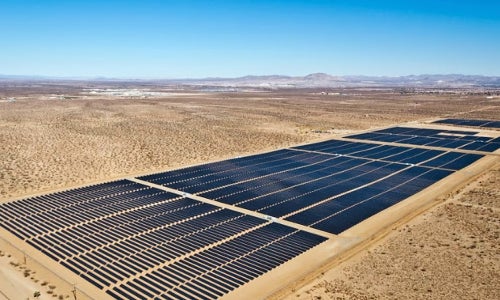 November marks another month and another substantial renewable energy investment for Google.

The Web company has plans to invest $80 million in six solar facilities under construction in California and Arizona. The announcement comes a little more than a month after Google invested $103 million in Silver Ridge Power’s 265.7-megawatt (MW) Mount Signal Solar project.

To date, Google has poured more than $1 billion into 14 renewable energy facilities around the world.

The Arizona and Southern California plants will be operational in January. Recurrent Energy is developing the plants, which will have a combined capacity of 106 MW. That’s enough to power 17,000 homes. 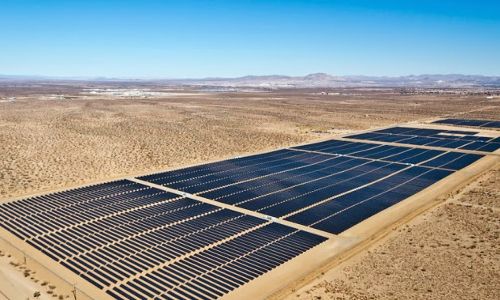 The Victor Phelan solar project in San Bernardino, CA is part of six Recurrent Energy developed projects acquired by Google and KKR. The six-project portfolio is expected to operational by early 2014 and will generate enough clean electricity to power more than 17,000 U.S. homes. Photo credit: Google

“These investments are all part of our drive toward a clean energy future—where renewable energy is abundant, accessible and affordable,” head of corporate finance Kojo Ako-Asare wrote in the company’s blog. “By continuing to invest in renewable energy projects, purchasing clean energy for our operations and working with our utility partners to create new options for ourselves and for other companies interest in buying renewable energy, we’re working hard to make that future a reality.”

Google partnered with investment firm KKR to finance the projects. Google worked with KKR and Recurrent two years ago to fund four solar projects near Sacramento, CA. Google and Recurrent did not announce the exact locations of all six plants, but said three local utilities would offer the solar power to residents through purchase plan agreements, including Southern California Edison.

Google’s clean energy profile will offer 2 gigawatts (GW) of power once the Arizona and California projects are operational. The company estimates that’s enough to power 500,000 homes or all of the public elementary schools in New York, Oregon and Wyoming for one year. Recurrent also has 2 GW in its profile, along with 700 MW in contracted projects.

Here are some of Google’s other renewable energy investments: