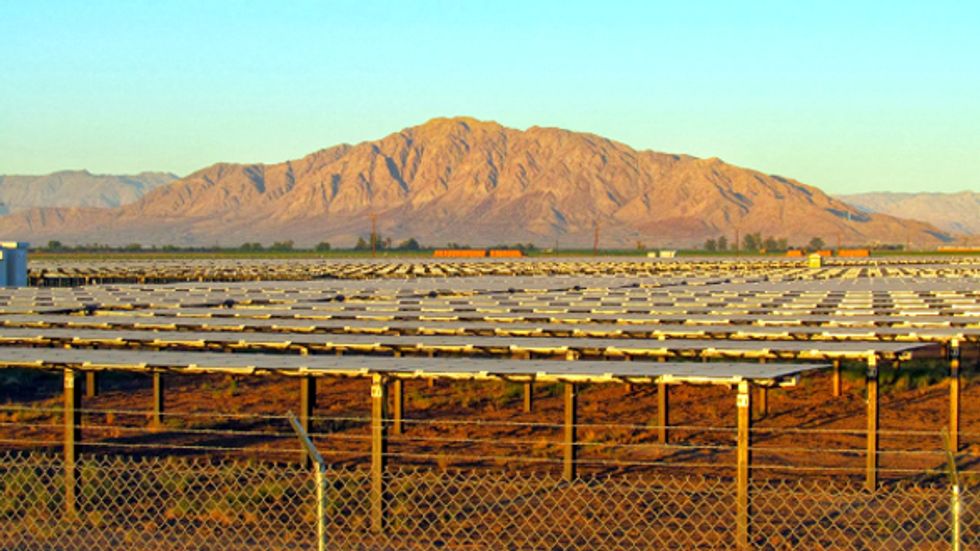 Google made its 13th renewable energy investment since 2010 this week, helping to fund a 265.7-megawatt (MW) solar project in California.

Google invested $103 million in Silver Ridge Power's Mount Signal Solar project, the company announced today on its Green Blog. Located in Imperial County, Mount Signal is expected to be operational some time in 2014. Silver Ridge secured an agreement to sell its output to the San Diego Gas & Electric Co.

"Why are we making these investments? It’s simple: we believe in a clean energy future, and we think that companies like ours can help make it happen," Kojo Ako-Asare, Google's head of corporate finance, said. "We invest in these projects because they make business sense, because they help put more renewable energy on the grid and because they have a positive impact on the local economies where they operate."

Google invested $1 billion in these renewable projects in the past three years: