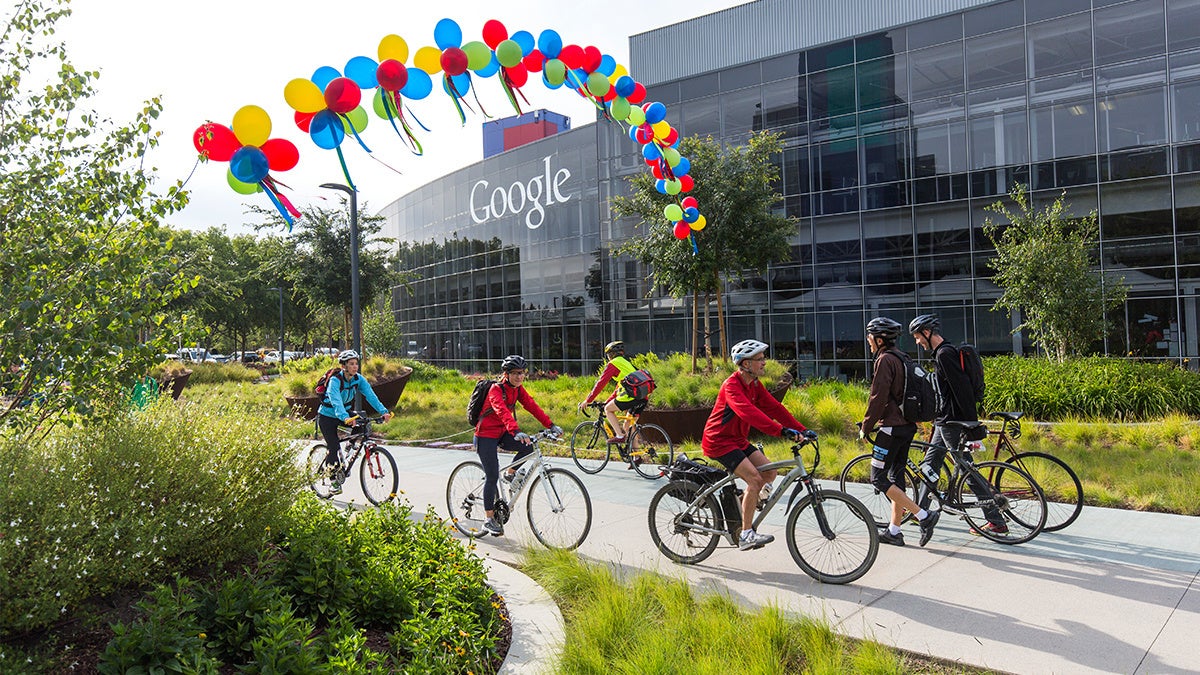 Google employees arrive after bicycling to work at the Googleplex in Mountain View, California on May 14, 2015. Brooks Kraft LLC / Corbis via Getty Images

Google employees fed up with the company’s financial support for conservative groups that deny the climate crisis wrote an open letter that demands the tech giant address specific concerns about carbon emissions and political lobbying, as CNET reported.

The open letter published Monday on Medium was addressed to Ruth Porat, Google’s chief financial officer, and read “We, the undersigned Google workers, in accordance with the gravity and urgency of the global climate crisis and its disproportionate harm to marginalized people, call on Google to commit to and release a company-wide climate plan.”

The employees make four specific demands: zero emissions by 2030, an immediate stop to all lobbyists, think tanks and politicians who deny the climate crisis, no new contracts that support, enable, or accelerate the extraction of fossil fuels, and no collaboration with people or organizations enabling “incarceration, surveillance, displacement, or oppression of refugees or frontline communities,” according to the letter, as CNN reported.

The letter noted that last year, Google donated to 111 members of Congress who voted against climate action at least 90 percent of the time.

“Google is a global company with billions of users across the world, many of whom are already bearing the brunt of climate disaster,” the letter says. “Google’s code of conduct requires respect for users and for opportunities.”

More than 1,100 Google employees signed the letter, which adds to the pressure put on the tech company by the many workers who joined the global strike in September. Google has claimed that it is a carbon-neutral company, which it achieves by purchasing carbon-offsets.

In fact, Google’s own environmental report for this year says the company put 1.2 million metric tons of greenhouse gas emissions into the atmosphere last year. It covers those emissions with offset programs.

However, the idea of carbon-credit purchases rankles critics who argue that buying offsets out of environmental guilt does not address the root of the problem. Those critics argue that tech companies like Google, Microsoft, Amazon, Facebook and Apple need to reduce emissions drastically and stop funding climate science deniers, according to Vox.

Google has made significant investments in wind and solar power — the largest corporate purchase of renewable energy was announced in September. That month, CEO Sundar Pichai said that a 2030 zero-emissions goal “doesn’t seem unreasonable” to the Financial Times. Yet, he didn’t commit to it, as Business Insider reported.

The letter was addressed to Porat because a climate change report put out by Google’s parent company, Alphabet, said Porat has the “highest level of direct responsibility for climate change” with “visibility across all of the company’s operations,” according to CNN.

Porat did not immediately reply to the letter or issue a statement about it, but the company did point to a recent blog post from Porat about the company’s sustainability efforts at the start of the UN Climate Summit. However, those commitments lose the moral high ground when they are coupled with sustained support for groups and politicians that deny climate science and fight against climate action.

“After I joined the Global Climate Strike and read the Amazon workers’ demands, I realized the support I provide to the oil business puts CO2 in the atmosphere, the revenue I bring in is funding climate-denying politicians, and the growth I facilitate increases carbon-releasing energy production,” David Newgas, a technical program manager for the Google Cloud Platform who signed the letter, told CNN Business. “It is very personal.”