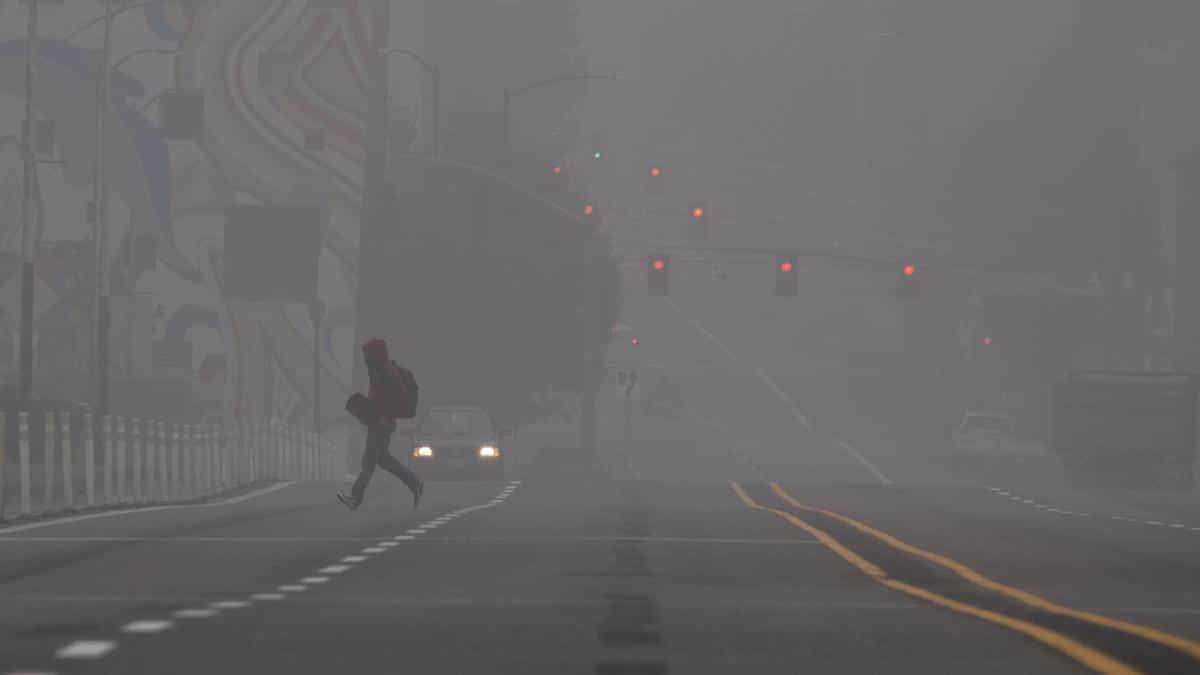 Weeks after smoke from wildfires spread from coast to coast, Google announced that it is adding air quality data to its Nest Hubs display.

Beginning Thursday, an Air Quality Index (AQI) badge will be added to the clock and weather widget for select U.S. markets.

“Between wildfire season and recent increased efforts to reduce air pollution, it’s more important than ever to know about the air quality in your area,” the company said.

The new information will appear in Nest Hub and Nest Hub Max in the Photo Frame/”Ambient screen,” 9to5Google explained. It will show up in the bottom-left corner time widget if you are using the Google Photos or Art gallery clock face.

The update should appear on your screen within the next few weeks, and you can opt out by adjusting the display settings, the company said.

When the air quality is unhealthy, the badge turns red and an alert pops up in the top right, 9to5Google said.

Google’s air quality information will be based on the U.S. Environmental Protection Agency’s U.S. Air Quality Index (AQI), which establishes a scale for how polluted the air has become.

The index is color coded as follows:

Once air quality reaches unhealthy levels, some members of the general public may experience health impacts, which are likely to be even worse for people in sensitive groups.

Poor air quality has made headlines in recent years partly because of more extreme and frequent wildfires fueled by the climate crisis. Last September, for example, wildfire smoke got so thick that Portland, Oregon’s air quality went off the charts to more than 500 on the AQI.

Air pollution exposure is associated with a wide variety of health risks and was responsible for 6.67 million deaths worldwide in 2020. Exposure to air pollution has also now been linked to an increased risk of dying from the new coronavirus, as the Harvard T.H. Chan School of Public Health explained.