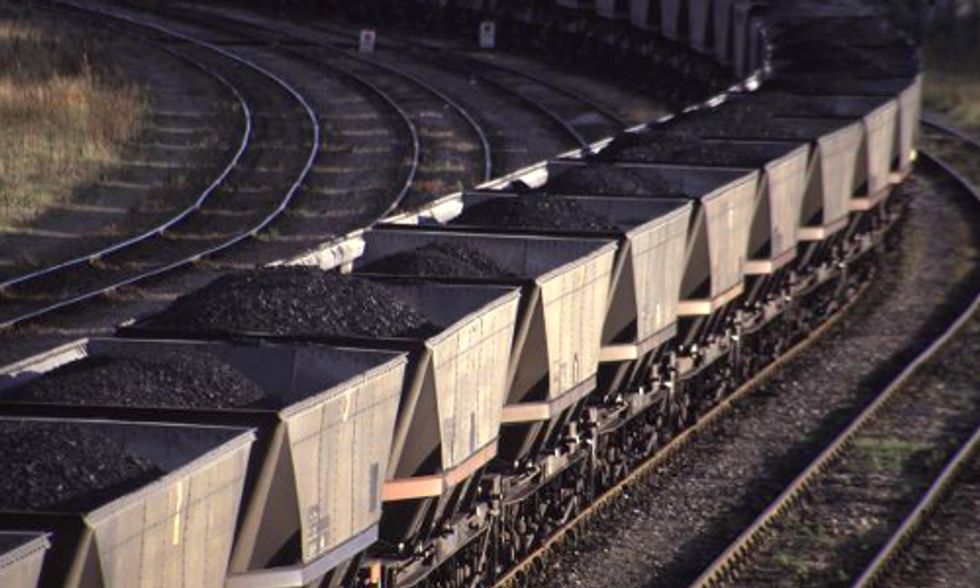 If built, the Gateway Pacific Terminal at Cherry Point would be the largest coal export terminal in North America and would mean up to 18 coal trains traveling round-trip through local communities. Photo credit: FreeFoto.com

Goldman Sachs did own 49 percent interest in the proposed coal export terminal, which would export 48 million tons of coal to Asian markets each year. The new investor is Fernando Chico Pardo, a Mexican businessman.

"It is encouraging to see a major bank like Goldman Sachs taking a big step away from the coal industry by exiting the partnership behind the Gateway Pacific Terminal at Cherry Point," said Amanda Starbuck, energy and finance program director at Rainforest Action Network. "The bank’s action sends a strong signal that if we are serious about protecting our environment from serious climate pollution, coal export terminals like the one at Cherry Point simply cannot be built."

The move comes after coal companies and their investors have shelved three out of six proposed coal export terminals in the Pacific Northwest in the last two years.

“Goldman Sachs’ stepping away from coal export is yet another sign from Wall Street that coal export is a losing investment," said Crina Hoyer, executive director of RE Sources for Sustainable Communities. "We already know that local Main Street businesses would feel the negative impacts from coal export, and communities across the region are saying no to this bad deal because of health, climate, environmental and economic impacts.”

According to Power Past Coal, recent financial records have shown several of the companies are on shaky financial ground. Market analysis by Goldman Sachs, Bernstein Research, Deustche Bank, Bank of America and other market exports have reported that coal demand abroad is likely on a permanent decline. In an analysis in July 2013 Goldman Sachs wrote, “We believe thermal coal demand growth will slow down in the coming years ... the potential for profitable investments in new thermal coal mining capacity is becoming increasingly limited.”

If built, the Gateway Pacific Terminal at Cherry Point would be the largest coal export terminal in North America and would mean up to 18 coal trains traveling round-trip through local communities, threatening the rich biodiversity of the Pacific Northwest.

"There are many reasons why a company concerned with its reputation would choose to avoid the egregious Gateway Pacific Terminal," Starbuck said. "This coal export terminal threatens human rights, a thriving Tribal fishery and biodiversity in a sensitive marine environment.”