GMOs Will Not Feed the World, New Report Concludes 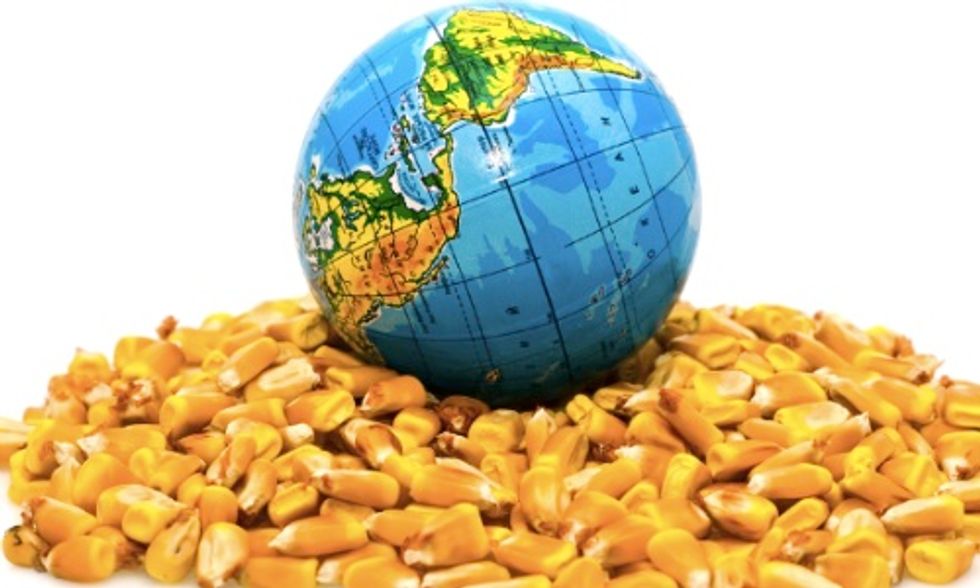 By the year 2050, the Earth's population will reach more than 9 billion people. With so many mouths to feed, agribusiness giants have argued that genetically modified crops are the answer to global food security as these plants have been spliced and diced to resist herbicides and pesticides and (theoretically) yield more crops.

However, a new analysis from the Environmental Working Group (EWG) slams this conventional agribusiness argument—and recommends much more sustainable solutions to feed the world.

GE crops such as corn and soybeans have not substantially contributed to global food security and are primarily used to feed animals and cars, not people, a new analysis said.
Photo credit: Shutterstock

The report, Feeding the World Without GMOs, argues that genetically engineered crops (also known as GE or GMOs) have not significantly improved the yields of crops such as corn and soy. Emily Cassidy, an EWG research analyst who authored the report, found that in the last 20 years, yields of both GE corn and soy have been no different from traditionally bred corn and soy grown in western Europe, where GE crops are banned. Additionally, a recent case study in Africa found that crops that were crossbred for drought tolerance using traditional techniques improved yields 30 percent more than GE varieties, she wrote.

The report also said that in the two decades that GE crops have been a mainstay in conventional agriculture, they "have not substantially improved global food security" and have instead increased the use of toxic herbicides and led to herbicide-resistant "superweeds." (FYI: superweeds have spread to more than 60 million acres of U.S. farmland, wreaking environmental and economic havoc along the way).

She pointed out that while corn and soybeans take up the vast majority (about 80 percent) of global land devoted to growing GE crops, they are not even used to feed people but instead as animal feed or fuel.

Unfortunately, this practice is unlikely to change in light of increased consumption of meat around the world, as well as U.S. biofuel policy requiring production of millions of gallons of corn ethanol to blend into gasoline, Cassidy observed. “Seed companies’ investment in improving the yields of GMOs in already high-yielding areas does little to improve food security; it mainly helps line the pockets of seed and chemical companies and producers of corn ethanol,” she said. “The world’s resources would be better spent focusing on strategies to actually increase food supplies and access to basic resources for the poor, small farmers who need it most.”

Gary Hirshberg, chairman of Just Label It, an organization advocating for federal labeling of GMO foods that also provided funding for the EWG report added, "Biotech companies and their customers in chemical agriculture have been attempting to sell the benefits of GMOs for two decades. Between exaggerated claims about feeding the world and a dramatic escalation in the use of toxic pesticides, it is no wonder consumers are increasingly skeptical."

Fortunately, as Cassidy noted, there are ways out of this mess that will not only produce enough food for the world’s burgeoning population but will also make minimal impacts on our environment. It comes down to four main approaches:

The EWG report finds that there are ways out of this mess that will not only produce enough food for the world’s burgeoning population but will also make minimal impacts on our environment. Photo credit: EWG

Cassidy concluded that investment in genetic engineering is no substitute for solving the real causes of food insecurity and poverty, such as improving access to basic resources and infrastructure in developing countries.

"The alternative strategies of smarter resource use, improving the livelihoods of small farmers, reducing food waste and changing diets could double calorie availability and reduce the environmental burden of food production, all without relying on GE foods," she wrote.

We wonder what Bill Nye thinks about this?