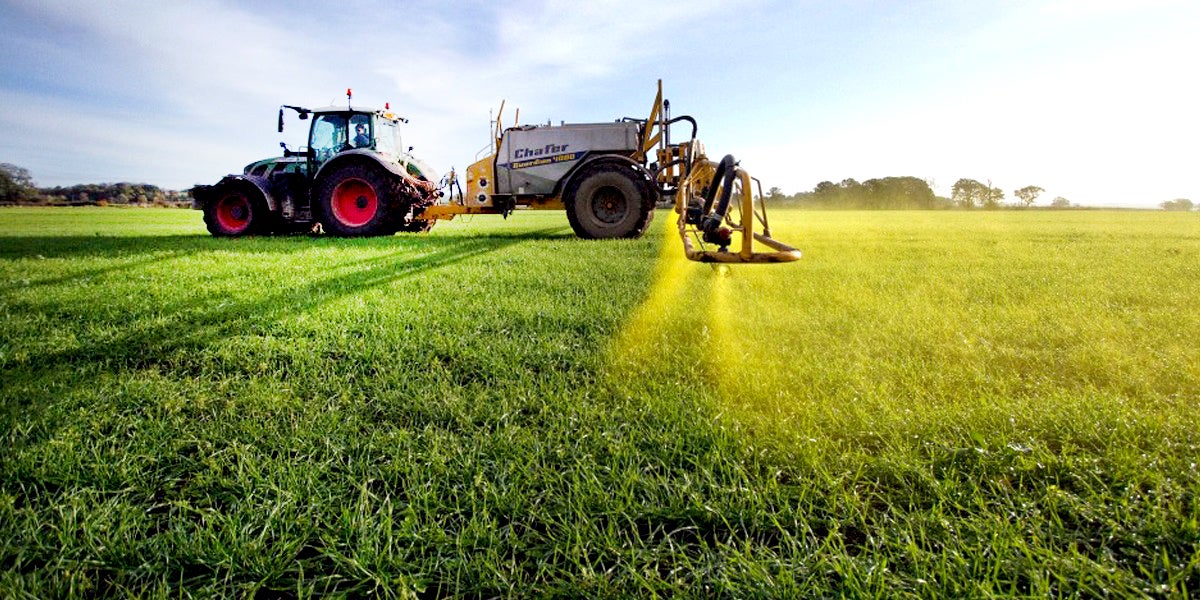 The U.S. Environmental Protection Agency (EPA) re-approved and proposed a dramatic expansion Tuesday of the use of the toxic pesticide Enlist Duo after only a cursory review of troubling data showing the two chemicals in the pesticide combine to have “synergistic” effects that are potentially harmful to endangered species and the environment. If approved the pesticide cocktail could be used on corn, soy and cotton in 34 states—up from 15 states where the product was previously approved for just corn and soy.

“EPA’s sudden about-face on this product is just astounding,” Dr. Nathan Donley, a senior scientist at the Center for Biological Diversity, said. “Just last year the EPA asked a court to cancel registration of this product due to the unknown risks it posed and now it suddenly wants to more than double the number of states where the pesticide can be used? This proposal ignores the available data and will potentially harm our environment.”

The rush to expand the use of Dow AgroSciences’ toxic chemical concoction of glyphosate and 2, 4-D for use on the next generation of genetically engineered crops comes only one year after the EPA asked a court to revoke its previous approval. That request, filed in response to litigation challenging Enlist Duo’s approval, resulted from the agency’s discovery that Dow AgroSciences had filed patent applications for the product filed with the U.S. Patent Office claiming “synergy.” The EPA believed the product therefore could have significant and unknown environmental impacts. On Tuesday the EPA announced it does not believe the product has synergistic effects, despite Dow’s claims to the Patent Office.

“We’re disappointed that EPA has doubled down on Enlist Duo rather than pulled its registration of this hazardous pesticide. Unless EPA makes substantial changes to its previous registration of Enlist Duo, we remain confident it violates the law,” Paul Achitoff, a managing attorney at Earthjustice, said.

Dow created Enlist crops as a quick fix for the superweed problem created by “Roundup Ready” crops that were genetically engineered to withstand what would otherwise be a toxic dose of the herbicide glyphosate, the active ingredient in Monsanto’s Roundup herbicide. Just as overuse of antibiotics has left resistant strains of bacteria to thrive, repeated use of Roundup on those crops has resulted in the proliferation of glyphosate-resistant “superweeds” across millions of acres of U.S. farmland. Farmers are already reporting that some weeds have now also developed tolerance to 2, 4-D. This means this next generation of new herbicide-tolerant crops will result in massive increases in pesticide use and perpetuate the pesticide treadmill.

The EPA’s negligence in evaluating the potential harms of new pesticides is not a new development. Earlier this year the Center for Biological Diversity released a groundbreaking report, Toxic Concoctions, finding that more than two-thirds of new pesticides registered in the past six years by the four major pesticide companies had patents demonstrating their new products’ synergistic effects with other pesticides—effects the EPA failed to consider. Synergism can greatly increase the harm of the pesticides to nontarget species such as bees and butterflies. Prior to 2016 the EPA had not considered patents showing pesticide synergy or incorporated the publicly available patent information into their analyses of these new pesticides. The organization followed this report with a petition to the EPA asking that it require information on pesticide synergy in pesticide-registration applications. The EPA has yet to act on that petition.

“EPA’s decision is a capitulation to the agrichemical industry,” George Kimbrell, senior attorney with the Center for Food Safety, said. “We will continue to protect farmers, consumers and the environment from this toxic crop system, and are exploring all legal options.”