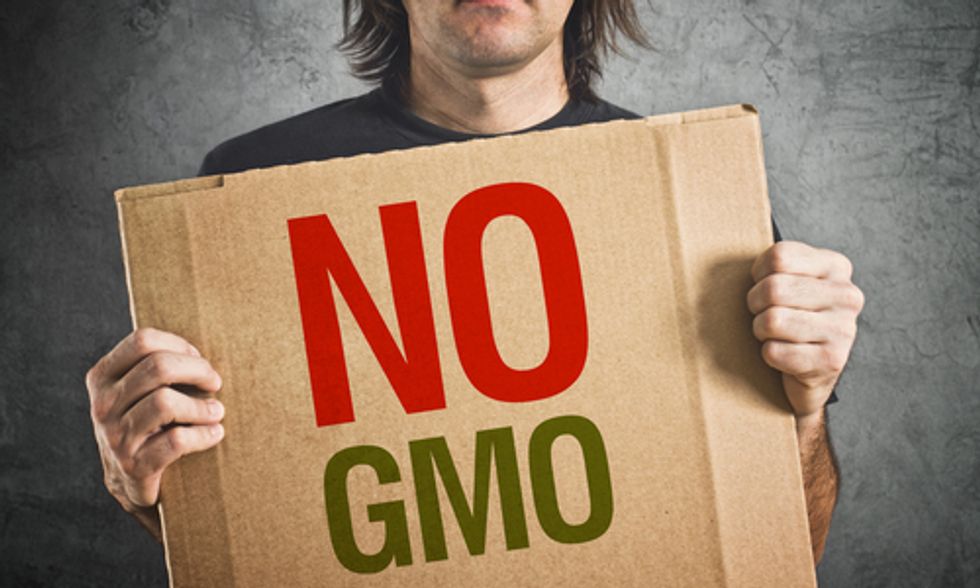 Nearly 400,000 farmers, health professionals and concerned Americans joined together on Tuesday and submitted public comments urging the U.S. Department of Agriculture (USDA) to reject Dow AgroSciences’ application that seeks approval of genetically-engineered (GE) corn and soybean crops that are resistant to the hazardous herbicide 2,4-D.

As the USDA itself has conceded, approval of 2,4-D-resistant corn and soybeans would lead to an unprecedented 200 percent to nearly 600 percent increase in agricultural use of the toxic herbicide by 2020.
Photo courtesy of Shutterstock

Additionally, more than 800 U.S. farmers petitioned Agriculture Secretary Tom Vilsack to reject the pesticide-promoting seeds, warning that they would directly harm their crops, farm businesses, livelihoods and health, according to Farm and Ranch Freedom Alliance.

The comments were submitted on the final day of the USDA’s public comment period on its draft Environmental Impact Statement—a report that was supposed to assess possible harms associated with release of the new seed varieties.

Thousands of additional criticisms of the GE seeds are expected to be submitted before the midnight deadline.

As the USDA itself has conceded, approval of 2,4-D-resistant corn and soybeans would lead to an unprecedented 200 percent to 600 percent increase (from 26 million to as much as 176 million pounds) in agricultural use of the toxic herbicide by 2020.

Even at current usage levels, 2,4-D drift is responsible for more episodes of crop destruction than any other herbicide.

“Farmers are on the front lines of this potential chemical disaster,” said Lisa Griffith of the National Family Farm Coalition. “Losing crops means they lose wages, seeds for future plantings and markets, which also stresses their communities.”

Karri Stroh, executive director of the Northern Plains Sustainable Agriculture Society explains, “Our farmer members raise a variety of certified crops, including organic soybeans, fruit and vegetables, that are highly sensitive to 2,4-D. If Dow’s new 2,4-D seeds are approved and planted, and 2,4-D use surges across the country, those crops and the markets that depend on them will suffer tremendous losses. Those of us who live in farm country know that drift happens.”

Critics point out that the beneficiaries of the pesticide-promoting seeds are, not surprisingly, the pesticide manufacturers.

“The new GE herbicide-resistant seeds are part of a technology package explicitly designed to facilitate increased, indiscriminate herbicide use and pump up chemical sales,” said Marcia Ishii-Eiteman, senior scientist at Pesticide Action Network. “These GE seeds are the growth engine of the pesticide industry’s marketing strategy. That’s why Dow itself describes weed resistance to herbicides as a ‘great opportunity for chemical companies."

The health of people living in rural communities, particularly children, is also at stake. 70 medical and public health professionals submitted a letter to the USDA in 2012 warning of the severe health risks that would likely accompany the expected massive increase in 2,4-D.