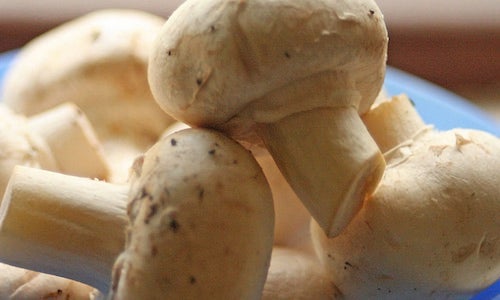 The U.S. Department of Agriculture (USDA) said it will not regulate the potential cultivation and sale of a genetically modified (GMO) mushroom the same way it regulates conventional GMOs because the mushroom was made with the genome-editing tool CRISPR-Cas9. 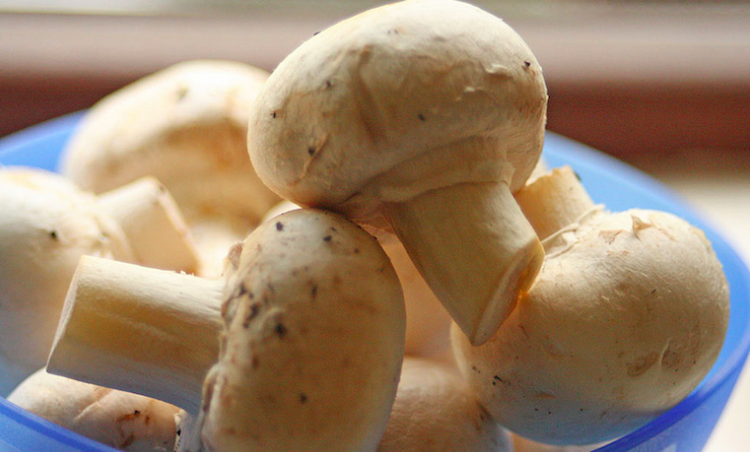 Thanks to a new gene-editing tool, the common white button mushroom has been genetically altered to resist browning. Photo credit: Flickr

This is the first time the U.S. government has cleared a food product edited with the new and controversial technique.

The anti-browning trait reduces the formation of brown pigment (melanin), improving the appearance and shelf life of mushroom, and facilitating automated mechanical harvesting.

According to Nature, the mushroom was created by targeting the family of genes that encodes the enzyme polyphenol oxidase that causes browning. “By deleting just a handful of base pairs in the mushroom’s genome, Yang knocked out one of six PPO genes—reducing the enzyme’s activity by 30 percent,” Nature reported.

"If you snip a bit of DNA from a vegetable, but add no new genes, does that vegetable qualify as a GMO?" https://t.co/DH3109Jkar

So why has this deliberately genetically modified “frankenfungi” escaped USDA scrutiny? Well, instead of the conventional method in which foreign DNA is spliced into a seed (i.e. Bt corn), genetic modification of Yang’s mushroom was achieved by altering its own genetic material.

As Quartz explained, a CRISPR-created product falls under a certain loophole:

Despite being directly and purposely genetically modified, USDA has allowed Yang’s mushroom to sidestep the regulatory system. The reason? Yang’s method does not contain “any introduced genetic material” from a plant pest such as bacteria or viruses. Conventional GMOs, the ones that the USDA’s rules are designed to deal with, are created by introducing foreign genes—for example, those of a bacteria might be introduced to give the crop some pest resistance.

Ultimately, the GMO mushroom could be the first of many new CRISPR-edited food products.

“The research community will be very happy with the news,” Caixia Gao, a plant biologist at the Chinese Academy of Sciences’s Institute of Genetics and Developmental Biology in Beijing, who was not involved in developing the mushroom, told Nature. “I am confident we’ll see more gene-edited crops falling outside of regulatory authority.”

Quartz reported that there are already several CRISPR projects in development, including DuPont’s drought-resistant wheat and corn, a banana that can resist a fungus threatening that’s threatening its extinction and a herbicide-resistant oilseed from the biotech company Cibus.

“The USDA decision is a perfect illustration of how weak regulations for evaluating genetically engineered crops are,” Patty Lovera of Food & Water Watch, told Quartz.

https://twitter.com/HealthRanger/status/721714862473109507 marketing people at Giorgio are more interested in organic mushrooms and are afraid of negative response regarding GMO from consumers,” Yang said.

A 2015 Pew Research Poll revealed that 57 percent of U.S. adults believe that GMO-foods are “generally unsafe” to eat.