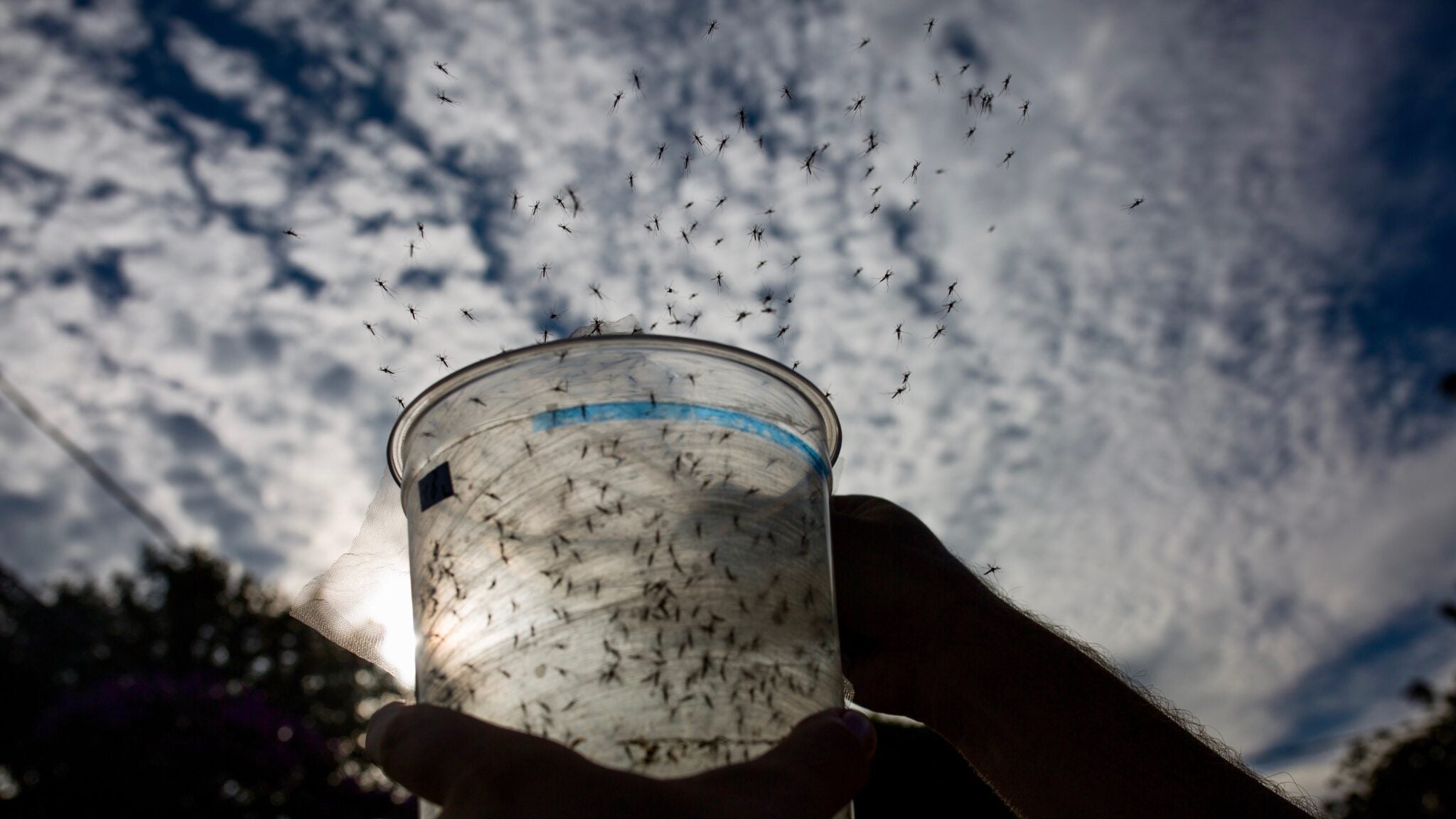 Every year, around one million people die of mosquito-borne diseases according to the World Health Organization (WHO). This is why mosquitoes are considered one of the deadliest living creatures on the planet — not because they are lethal themselves, but because many of the viruses and parasites they transmit are.

Consider, for example, dengue fever. This mosquito-borne virus is a leading cause of hospitalization and death among children and adults in several countries in Asia and Latin America. In 2016, member states in three of the six WHO regions reported 3.34 million cases.

In the absence of an effective vaccine for dengue fever, Zika fever, chikungunya and other mosquito-borne diseases, researchers have developed genetic strategies to reduce mosquito populations. One such strategy involves the release into the wild of genetically modified (GM) mosquitoes that express a lethal gene — a strategy believed to have little impact on the overall DNA of wild populations of mosquitoes.

As an interdisciplinary group of authors, we generally support technologies that can reduce human disease and suffering. However, given our combined expertise in science, governance and ethics we have concerns that recent decisions to deploy GM mosquitoes have not been made responsibly.

The transfer of new genes from GM organisms to wild or domesticated non-GM populations is a key criticism of GM crops like soybean and corn. There are concerns that the introduction of GM genes into non-target species could have negative consequences for both human and environmental health.

Oxitec, a company that spun out of research at Oxford University in the early 2000s, developed and trademarked GM Friendly™ mosquitoes (also known as strain OX513A of Aedes aegypti). These male GM mosquitoes have what the company describes as a “self-limiting” gene, which means that when these so-called friendly mosquitoes mate, their offspring inherit the self-limiting gene which is supposed to prevent them surviving into adulthood.

In theory, when these mosquitoes are released in high numbers, a dramatic reduction in the mosquito population should follow.

Changes to the Gene Pool

According to research published by Oxitec researchers in 2015, field trials involving recurring releases of Friendly™ mosquitoes demonstrated a reduction of nearly 95 percent of target populations in Brazil. In these field trials, experiments were not performed to assess whether GM mosquitoes might persist in the wild.

A recent study from the Powell lab at Yale University has since confirmed that some of the offspring of the GM mosquitoes didn’t succumb to the self-limiting lethal gene and survived to adulthood. They were able to breed with native mosquitoes and thereby introduce some of their genes into the wild population.

The Yale researchers found that mosquitoes captured at six, 12 and up to 30 months post-release carried DNA from the GM mosquito population, thereby disproving “the claim that genes from the release strain would not get into the general population because offspring would die.”

It appears that between five and 60 percent of the captured mosquitoes post-release contained genetic sequences inherited from the Friendly™ mosquitoes. Importantly, the number of mosquitoes identified as still containing DNA derived from GM mosquitoes declined between the 12-month and 27-month capture periods specifically, perhaps indicating that the offspring of GM mosquitoes might be less fit in nature after all. This remains to be shown conclusively.

Meanwhile, the impact of mosquitoes carrying these new genes remains largely unknown. One significant worry is that a new breed of mosquito might emerge that is more difficult to control. These new genes could also potentially alter evolutionary pressures on viruses carried by mosquitoes, like dengue fever, in unpredictable ways. This includes potentially increasing their virulence or changing their host-insect interactions. These are hypothetical risks that have been raised by scientists, and reflect the need for further study.

Thus, like GM soybean or corn, there is legitimate concern about the propagation of new genetic material  in wild populations with as yet unknown consequences.

Field trials involving the release of GM organisms are typically designed to evaluate safety and efficacy, to assess possible impact on food networks, and to ensure that there is no (or minimal) undue harm to the environment or human health. Put simply, field trials are meant to assess potential harms associated with genetic technologies and to provide opportunities to minimize these harms before moving forward with more large-scale releases.

This raises two important questions: Given that “around 5 percent or less” of the GM mosquito population was expected to survive, shouldn’t Oxitec have made plans to assess the risk of gene transfer to wild populations during their initial trials? And shouldn’t the Brazilian government have required such an assessment as part of the regulatory approval process, given their awareness of the risk?

Instead, with approval from Brazilian authorities, Oxitec released nearly half a million GM mosquitoes every week into shared environments in Jacobina over a two-year period from 2013 to 2015. This was done without the benefit of adequate risk assessment and without proper public consultation.

Oxitec reports having used leaflets, social media, carnival parades and community meetings to inform the public of their research. Public education is not the same as public consultation and engagement and, in our view, the people living in the vicinity of this release had more than a right to be informed of the plans. They also had a right to participate in relevant decision-making.

On the basis of presumed success in Brazil where mosquito populations were reduced — a consequential reduction in the prevalence of dengue fever has yet to be demonstrated — plans have been made to extend field trials to other jurisdictions, including the Florida Keys in the U.S.

To date, public pushback has temporarily prevented the release of GM mosquitoes in the Florida Keys. But Oxitec hopes to eventually secure approval from the U.S. Environmental Protection Agency to perform field trials and assess release of a second-generation GM mosquito that causes lethality only in female mosquitoes, as another means to collapse wild populations.

In the end, minus the hyperbole and somewhat alarmist reporting of the Yale study (the journal is looking into allegations brought forth by Oxitec of speculative and unsubstantiated claims), the finding that offspring of GM mosquitoes could survive in the wild remains undisputed. This illustrates the importance of careful decision-making and adequate oversight of field trials involving the release of GM organisms. Careful decision-making requires open venues for informed and deliberative public dialogue, engagement and empowerment.

Genetic modification technologies need to be more transparent, as do the scientific processes for evaluating their risks, especially where the rights and needs of affected communities can inform technology development. With more robust and nuanced regulatory processes governing the development and release of GM organisms, it should be possible to benefit from these technologies without harming or disenfranchising the communities that are the intended beneficiaries.

Mosquito-borne illnesses cause immense human suffering, and we should continue to develop technologies to reduce that suffering. At the same time, we must be equally dedicated to designing scientific processes that are safe, ethical and just.