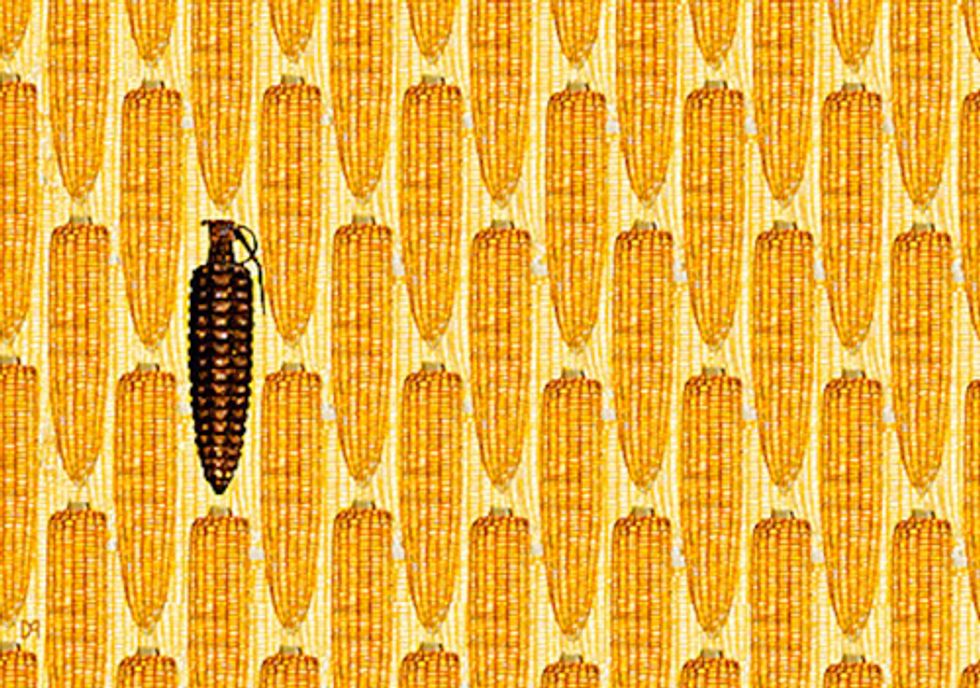 Responding to a study released last week highlighting the increased resistance of weeds to glyphosate, and the potential introduction of new corn varieties genetically engineered (GE) to be used with more highly toxic weedkillers, farmers are calling on the U.S. Department of Agriculture (USDA) to take action to protect rural economies.

If USDA deregulates 2,4 D resistant corn, farmers will once again shoulder the cost of the failed promise of GE crops.

“Widespread planting of 2,4-D corn will inevitably lead to a surge in the herbicide’s use,” said George Naylor, an Iowa corn and soybean farmer. “This will not only have adverse effects on public health from air and water pollution, but will also pose another economic risk to Midwest farmers whose non-2,4-D resistant crops will take the brunt of more herbicide drift."

The study in last week’s edition of Bioscience projects greatly increased herbicide use and collateral damage to nearby, non-resistant crops and wild habitat. 2,4-D is well understood to drift, both directly after it is applied and through volatilization, drift that takes place long after an application. As a result, farmers growing their products within miles of cornfields where 2,4-D is applied could face crop losses and serious financial hardship. In addition, organic farmers could lose their certification for years if their fields are contaminated.

Authors of the article, relying in part on industry analysis, note that use of 2,4-D and dicamba herbicides, first used during World War II, are expected to increase ten fold over the next decade. Dow AgroSciences is the driving force behind 2,4-D-resistant seeds, while Monsanto, the dominant manufacturer of glyphosate-resistant seeds, is collaborating with the European industry giant BASF (soon moving to the U.S.) in engineering dicamba-resistant seeds. And other pesticide and biotech firms have similar products in the pipeline. For years, Dow, Monsanto, and the rest of the “Big 6”, have argued that genetically engineered crops result in reduced pesticide use or can even “resist” drought, though with little to no documented success, according to independent scientists.

The study also ties the increase in herbicide use to the decline of sustainable weed management. The authors note that USDA has increased funding at major universities for chemically-intensive methods while at the same time decreasing funding for agroecological methods—such as cover cropping, crop rotation and limited tillage—that are successful at improving weed control and reducing weed pressures.

At the same time, weed scientists have been raising red flags around the impending problems of resistance, the reliance on the “pesticide treadmill” and the need to invest in sustainable weed control, or Integrated Weed Management.

"It is only going to get worse," said Lee Van Wychen, director of science policy at the Weed Science Society of America in a Reuter’s interview.

The Weed Society of America just announced it will focus its May 2012 meeting on finding solutions to herbicide resistance. However, concerns remain about Monsanto’s efforts to undermine science and promote the next wave of GE technology, including 2,4-D and dicamba.

"I'm convinced that this is a big problem," said Dave Mortensen, professor of weed and applied plant ecology at Penn State University. "Most of the public doesn't know because the industry is calling the shots on how this should be spun."