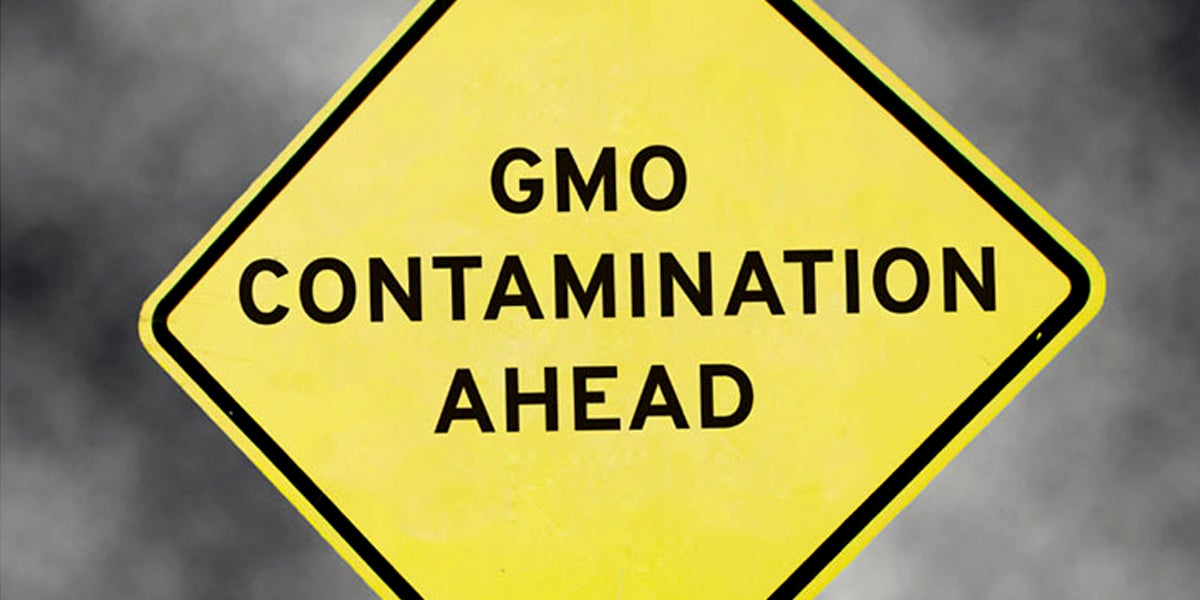 Enogen, a genetically modified corn for ethanol production, has contaminated non-GMO white corn grown in Nebraska and used to make flour for tortillas and other products.

According to Derek Rovey, owner of Rovey Specialty Grains in Inland, Nebraska, a few of his contract farmers who grow non-GMO white corn had their crops contaminated by Enogen corn.

“We’ve had some growers who’ve had some problems [with Enogen]. Their corn was right next to Enogen fields,” said Rovey.

Enogen GMO corn can contaminate food corn through cross pollination in the field or improper segregation during grain handling.

B.J. Katzberg, a corn seed dealer for Pioneer Hi-Bred, said one of his customer farmers had to abandon 25,000 bushels of corn due to Enogen contamination. He also knows of other farmers who’ve had Enogen contamination of their non-GMO white corn, including one who had to remove 600 feet of his cornfield and sell it to an ethanol plant.

Farmers whose white corn crops are GMO-contaminated face market rejection and lost income, as they have to sell their corn to a cheaper market such as those for animal feed or, ironically, ethanol.

“A farmer has a contract, delivers the corn and Enogen is detected; the corn must be sold for feed. It’s a nightmare,” he said.

“Will Ruin Corn for Milling”

Enogen is genetically engineered with an enzyme that converts starches in corn to sugars, the first step in the process of making corn ethanol. The problem is that Enogen could mix with corn grown for food and break down its starches and ruin the corn for processing, which would lead to crumbly corn chips and soggy cereals.

It would only take one kernel of Enogen corn mixed with 10,000 kernels of food corn to ruin the food processing abilities of food corn, according to the North American Millers Association.

In a 2013 article in the Organic & Non-GMO Report, Lynn Clarkson, president of Clarkson Grain, predicted problems with Enogen.

“This will ruin corn for milling,” said Clarkson, whose company sells non-GMO and organic corn to food processors and millers. “The ethanol industry is happy but other industries are seriously undermined by this corn.”

When asked about contamination problems experienced by the Nebraska farmers, Syngenta claimed in a statement that it “has never had a verified incident.” The company said it has been committed to provide Enogen technology in a way that “respects other uses of the crop and other corn growers” and works “proactively with growers and industry to avoid potential conflicts.”

Syngenta said Enogen is grown in a closed-loop system with contracted growers that follow a comprehensive stewardship program to prevent commingling. For example, Syngenta developed a purple tracer that offers growers a visual way to ensure grain is properly segregated from planting to delivery.

Ron Lowery, an expert in crop nutrition and management, said Syngenta is working to be good stewards of Enogen corn. But he also said that the GMO corn “has negative possibilities for non-GMO and organic corn growers and for the baking and milling industry.”

Those negative possibilities are likely to increase as production of both white non-GMO corn and Enogen corn increase in Nebraska.

“There are a lot of ethanol plants and lots of white corn. And those don’t mix,” said Joel Starr, an organic farmer in Hastings, Nebraska. “That equals a trainwreck.”

Several people also suspect that Enogen GMO corn may be linked to problems with masa flour in California. According to media reports, scores of people reported problems with flour purchased at Amapola Market, a Hispanic grocery chain in Los Angeles. They said the tamales they made from the flour—a Christmas tradition for Hispanic families—were gooey, fell apart and even made some people sick.

Amapola Vice President Juan Galván said the bad flour affected thousands of people. The problem was traced to a shipment of 120,000 pounds of white corn delivered to Amapola right before Christmas.

“The starch content is obviously different in this corn,” Galván said. “Tamales don’t bind. When you make the product, it falls apart.”

This is the kind of effect that Enogen corn would have on food corn. In fact, Rovey said the same thing happened with white corn flour sold to one of his retail California customers last summer, though on a much smaller scale than the Amapola incident.

“It was a similar type of product—flour to make tamales,” he said. “We tested it and it came back with the Enogen trait.”

Katzberg is also convinced Enogen ruined Amapola’s masa flour. “Yes, it is the problem. The enzyme breaks down the starch and disallows the product to cook through, so the tamales never finished.”

However, testing has not been conducted to confirm the presence of the Enogen trait in Amapola’s flour.

Enogen reminds Clark of StarLink, a GMO corn, which was approved for feed use only, but was later found in 300 food products, leading to a multimillion dollar food recall, along with multiple lawsuits in the early 2000s.

“It has a flavor of Starlink,” Clark said. “We were told it wasn’t going to get into food, but it did.”