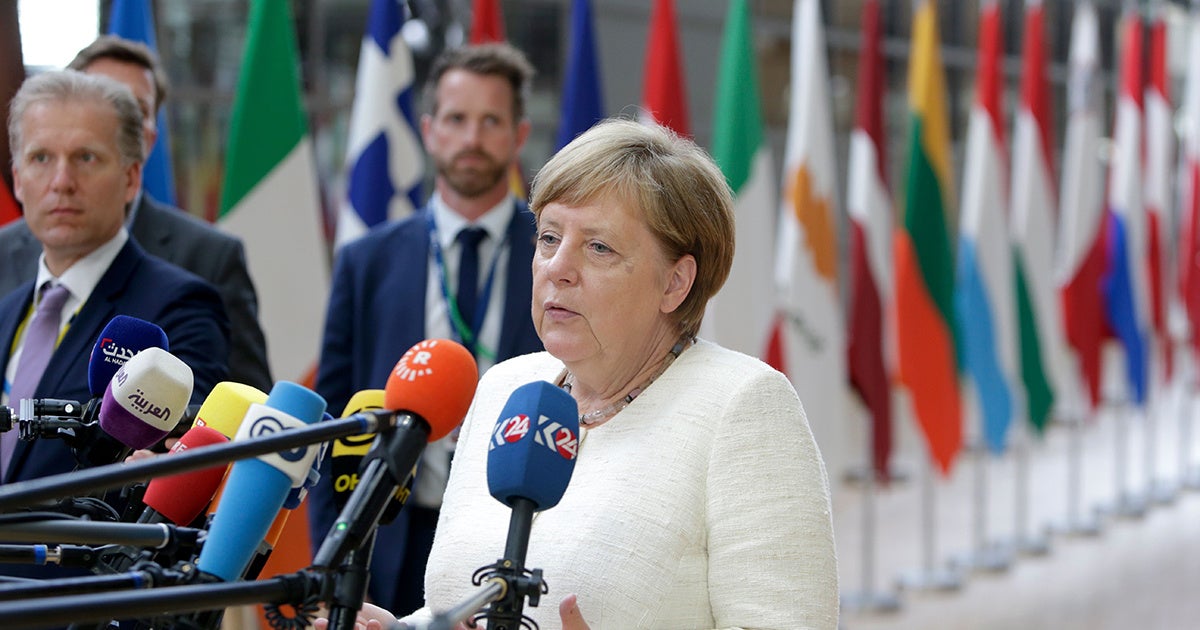 Germany's Chancellor Angela Merkel speaks to the press as she arrives for an European Council Summit at The Europa Building in Brussels, on June 20. ARIS OIKONOMOU / AFP / Getty Images

German Chancellor Angela Merkel told her country’s lower house of government that use of the controversial herbicide glyphosate will eventually die out, according to Reuters.

Her new comments update steps she and her coalition government made to limit glyphosate use as a way to phase out its use and to put in new conditions and restrictions for new pesticides and herbicides entering the marketplace.

“Things are developing, and we will eventually come to a point where glyphosate isn’t deployed any more,” she told lawmakers, as Reuters reported. She added that a gradual end of glyphosate, or RoundUp, should not overburden farmers.

Bayer AG, the company that owns the herbicide after it acquired seed maker Monsanto, faces lawsuits by more than 13,400 plaintiffs in the U.S. who claim the herbicide caused cancer. A jury award of over billion caused the company’s stock to plummet to a seven-year low last month.

Yet, Bayer sees a bright future for glyphosate, despite Merkel’s comments and the wave of litigation. Merkel’s comments did little to deter investors. In fact, the same day that Merkel said she saw an end to glyphosate in Germany, Bayer shares jumped when the company shared plans to resolving the multibillion-dollar lawsuits it faces, as Reuters reported.

Bayer maintains that glyphosate is safe to use and does not cause cancer. So, it appointed a trial lawyer known for no-holds barred tenacity to its advisory board, according to Bloomberg.

Last week, it asked a California judge to reverse the billion jury-award, claiming that it was based on “inflammatory, fabricated and irrelevant evidence” from the couples’ lawyers, as Reuters reported.

“The resulting trial focused not on ascertaining the truth regarding the state of the science, causation, and compliance with legal duties, but instead on vilifying Monsanto in the abstract,” Bayer said in motions filed with the court, according to Reuters.

Bayer’s next glyphosate trial will start this summer in St. Louis, the former headquarters of Monsanto. The company will likely be embroiled in lengthy-litigation for years to come. Major shareholders criticized Bayer’s position. They accused Bayer of mismanaging the glyphosate issue and disapproved of management, according to Reuters.

Even though Bayer maintains that scientific-evidence proves glyphosate’s safety and efficacy, governments around the world have started to ban its use. Therefore, Bayer has responded to the demands of the market and said it would invest more than .5 billion in researching alternative herbicides.

“While glyphosate will continue to play an important role in agriculture and in Bayer’s portfolio, the company is committed to offering more choices for growers,” Bayer said, as Reuters reported.