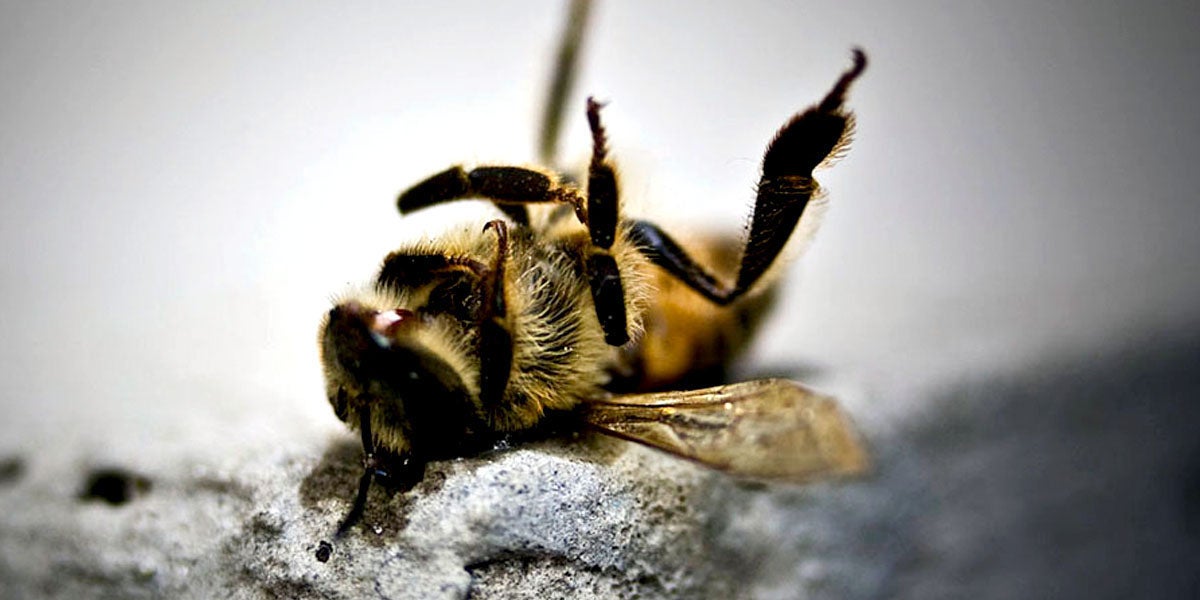 A new report and scorecard grades 20 of the largest food retailers in the U.S on their policies and practices regarding pollinator protection, organic offerings and pesticide reduction.

Of the top food retailers, 17 received an “F” for failing to have a publicly available policy to reduce or eliminate pesticide use to protect pollinators. Only Aldi, Costco and Whole Foods received passing grades in this category. 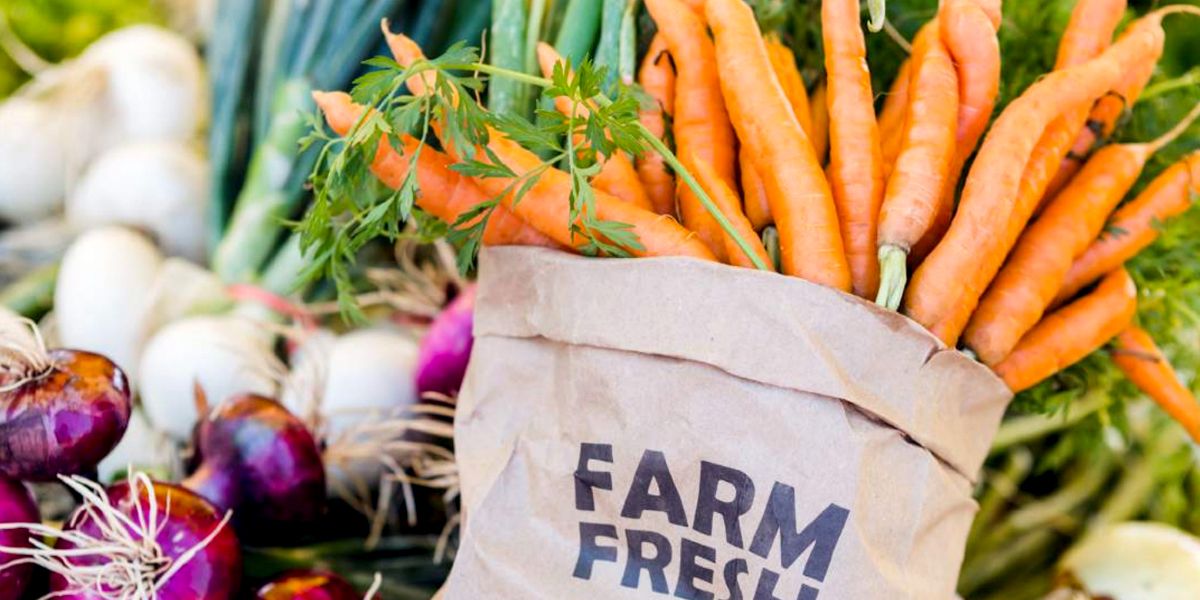 Four of the top food retailers—Albertsons, Costco, Target and Whole Foods—have adopted a publicly available company commitment to increase offerings of certified organic food or to disclose data on the current percentage of organic offerings or organic sales.Friends of the Earth

“U.S. food retailers must take responsibility for how the products they sell are contributing to the bee crisis,” said Tiffany Finck-Haynes, food futures campaigner with Friends of the Earth. “The majority of the food sold at top U.S. food retailers is produced with pollinator-toxic pesticides. We urge all major retailers to work with their suppliers to eliminate pollinator-toxic pesticides and to expand domestic organic offerings that protect pollinators, people and the planet.”

A coalition led by Friends of the Earth and more than 50 farmer, beekeeper, farmworker, environmental and public interest organizations sent a letter urging the food retailers to eliminate pollinator-toxic pesticides and increase the U.S. Department of Agriculture certified organic food and beverages to 15 percent of overall offerings by 2025, prioritizing domestic, regional and local producers. This effort follows a campaign by Friends of the Earth and allies that convinced more than 65 garden retailers, including Lowe’s and Home Depot, to commit to eliminate bee-toxic neonicotinoid pesticides. 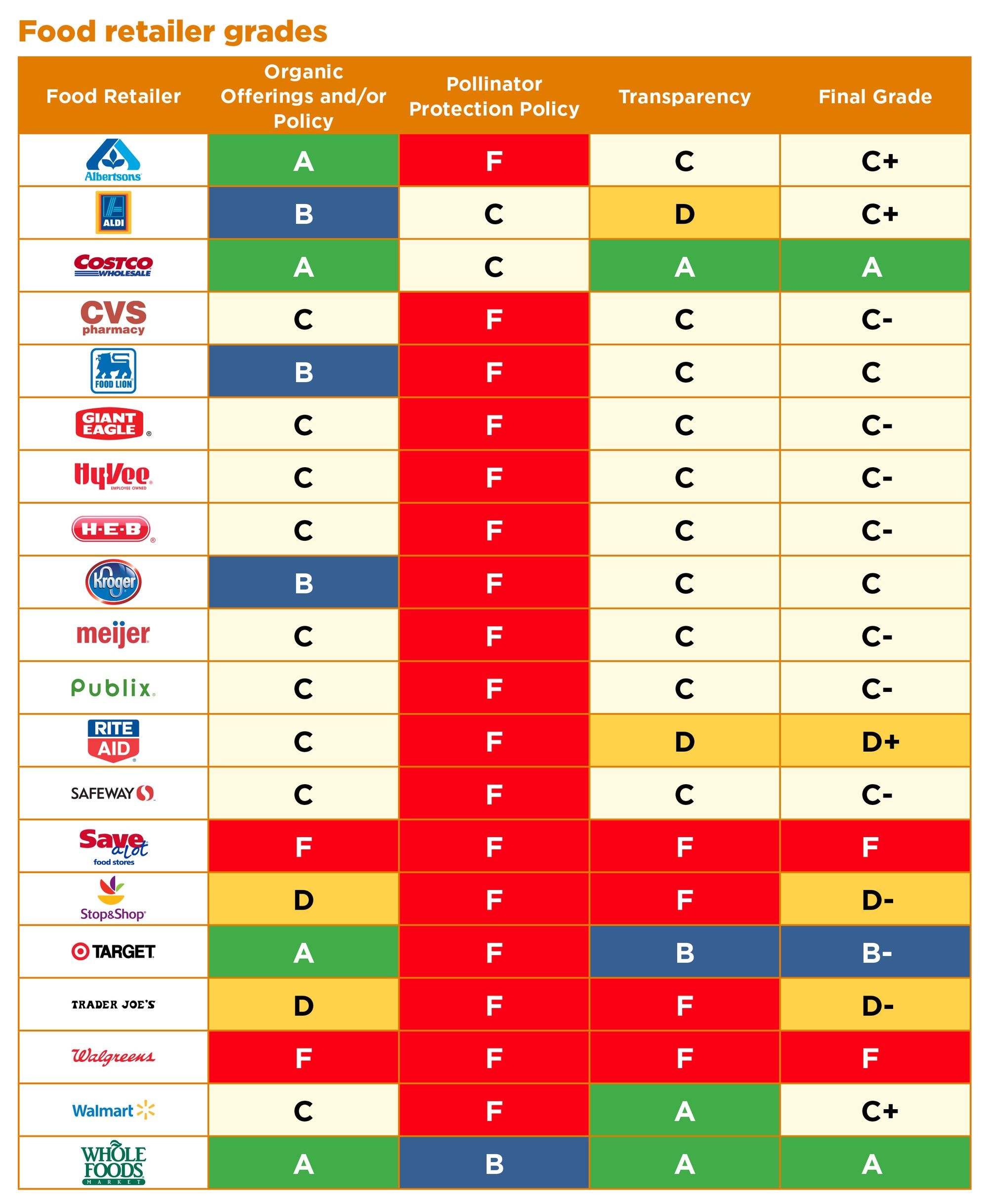 Bees and other pollinators are essential for one in three bites of food we eat and without them grocery stores would run short of strawberries, almonds, apples, broccoli and more. A growing body of science points to the world’s most widely-used insecticides, neonicotinoids, as a leading factor in pollinator declines and glyphosate, the most widely-used herbicide worldwide, as a key culprit in monarch butterfly declines.

“Over 750,000 SumOfUs members have spoken out advocating that U.S. Hardware stores take action to protect our pollinators. And after years of pressure, Home Depot and Lowe’s have finally enacted more bee-friendly policies,” said Angus Wong, lead campaign strategist at SumOfUs, a consumer watchdog with ten million members. “And the findings of this poll show that a vast majority of consumers want to eliminate neonicotinoids from their grocery stores too. This is why food retailers must commit policies that protect our bees immediately.”

“To protect pollinators, we must eliminate pollinator-toxic pesticides from our farming systems and expand pollinator-friendly organic agriculture,” said Dr. Kendra Klein, staff scientist at Friends of the Earth. “Organic farms support 50 percent more pollinator species than conventional farms. This is a huge opportunity for American farmers. Less than one percent of total U.S. farmland is in organic production—farmers need the support of food retailers to help them transition dramatically more acreage to organic.”

Sixteen of the top 20 food retailers were predominately unresponsive to Friends of the Earth’s requests for information via surveys, calls and letters. Primary sources of information for this scorecard include publicly available information, including company websites, company annual reports, U.S. Securities and Exchange Commission filings, corporate social responsibility and sustainability reports, press coverage and industry analyses.