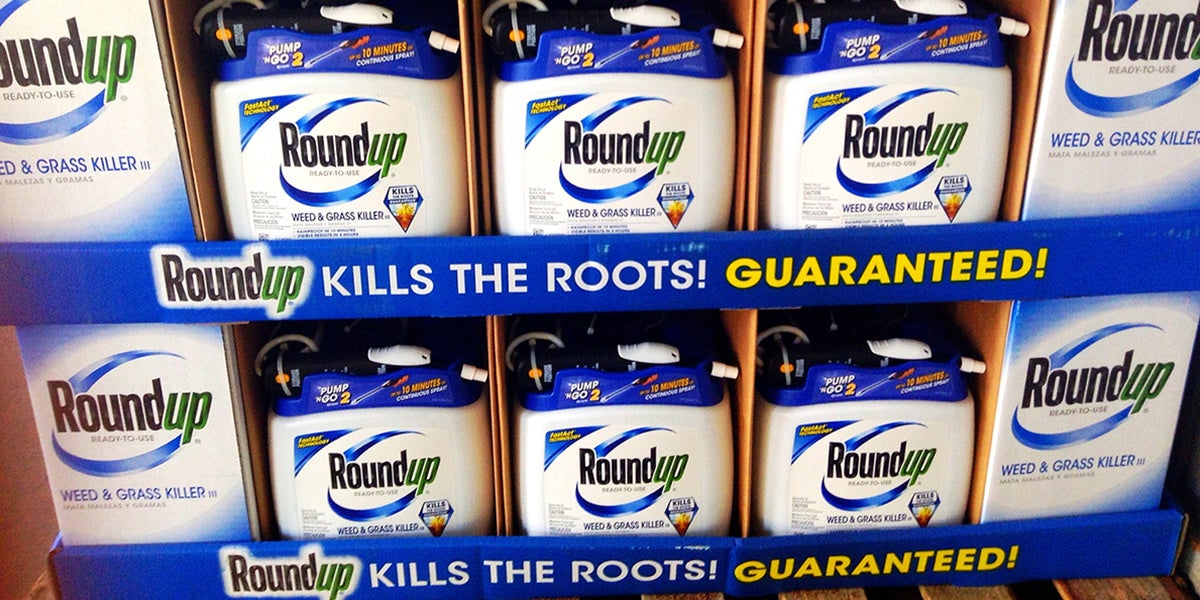 The minister also plans to set “massive restrictions” for its use in agriculture, with exemptions for areas that are prone to erosion and cannot be worked with heavy machinery.

“I am planning a regulatory draft as a first building block in the strategy to minimize use of glyphosate,” Kloeckner said.

She said the proposal would be vetted by other ministries but did not set a deadline to end use of the herbicide.

Glyphosate, the active ingredient
Monsanto’s Roundup, is the world’s best-selling weedkiller and has been used for more than 40 years. In Germany, about 40 percent of crop-growing land is treated with glyphosate.

The chemical has been at the center of international controversy since 2015, when the World Health Organization’s International Agency for Research on Cancer classified it as “probably carcinogenic.” The European Food Safety Authority, as well as the U.S. Environmental Protection Agency, consider it safe.

In February, the new German coalition government
agreed on a “systematic minimization strategy” to significantly restrict use glyphosate, “with the goal of fundamentally ending usage as fast as possible.” The strategy did not include a timeframe.

Germany’s new Environment Minister Svenja Schulze, from the center-left Social Democrats, welcomed Kloeckner’s proposal as the first step to ending use of glyphosate. Eliminating its use is a key goal of Schulze’s legislative term.

“We need a full exit from glyphosate during this legislative period. Glyphosate kills everything that is green, depriving insects of their food source,” she said earlier this month.

In November, Kloeckner’s conservative predecessor Christian Schmidt sparked outrage among glyphosate opponents and the previous German coalition after he unexpectedly voted in favor—and effectively swung the EU’s decision—of renewing the weedkiller for the next five years.

According to Reuters, Werner Baumann, CEO of
Bayer, which is acquiring Monsanto, said the issue has become too politicized in Europe and that Germany would wind up banning the chemical without an adequate regulatory framework.