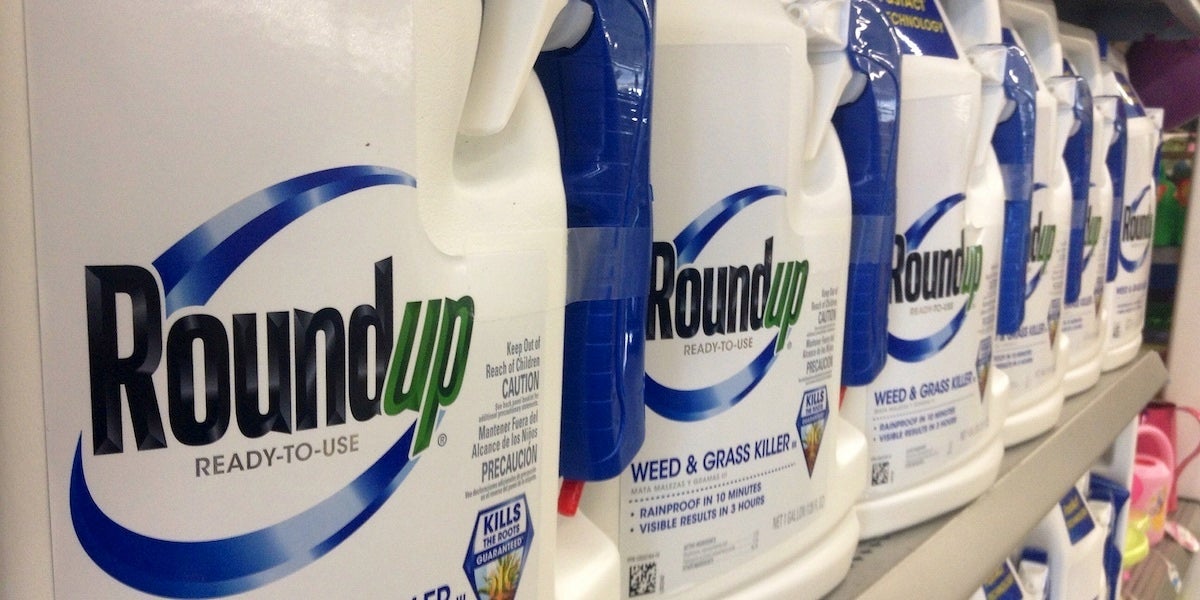 Amid conflicting scientific studies and growing public concern over the impacts of the world’s
most widely used herbicide, the U.S. National Toxicology Program (NTP) has launched research to examine the health risks of glyphosate and glyphosate-formulations.

“Due to the multiple interpretations of evidence on the potential health risks of glyphosate exposure, major public concern about exposure risks, and reported differences in the toxicity of different glyphosate products, NTP is conducting more research on glyphosate and its formulations,” according to the NTP
website.

The NTP’s initiative was first reported by Carey Gilliam in The Guardian. Gilliam is an author, investigative journalist and research director for U.S. Right to Know.

Glyphosate, the star ingredient in Monsanto’s Roundup, is sprayed on agricultural fields around the world and helps beat back weeds in home gardens, golf courses and parks.

Gilliam noted, “Monsanto introduced its glyphosate-based Roundup brand in 1974. But it is only now, after more than 40 years of widespread use, that the government is investigating the toxicity of ‘glyphosate-based herbicides’ on human cells.”

Jennifer Sass, a scientist with the Natural Resources Defense Council, commented to The Guardian, “This testing is important, because the EPA has only been looking at the active ingredient. But it’s the formulations that people are exposed to on their lawns and gardens, where they play and in their food.”

Glyphosate has been surrounded with controversy ever since March 2015, when the International Agency for Research on Cancer (IARC) classified the chemical as “probably carcinogenic to humans.” The panel also concluded that there was “strong” evidence for genotoxicity both for “pure” glyphosate and for glyphosate formulations.

Later that year, the European Food Safety Authority’s (EFSA) released its own report that
rejected the IARC’s classification of glyphosate as a possible carcinogen, but admitted that conclusion was just for the chemical alone.

EFSA’s report stated: “The genotoxic effects observed in some glyphosate-based formulations are related to the other constituents or ‘co-formulants.'”

According to a
poster of the NTP’s research, glyphosate formulations decreased human cell “viability” by disrupting cell membranes. Also, the concoctions “significantly altered” cell viability. (The poster does not necessarily represent any final NTP determination or policy.)

“We see the formulations are much more toxic. The formulations were killing the cells,” Mike DeVito, acting chief of the National Toxicology Program Laboratory, told The Guardian. “The glyphosate really didn’t do it.”

Here are the specific aims of NTP:

Monsanto has adamantly defended the safety of its product. The U.S. Environmental Protection Agency also says that glyphosate is not likely to be carcinogenic to humans.

Other governments have taken action on such formulations. In 2016, the European Union banned
glyphosate products mixed with the adjuvant POE-tallowamine due to its perceived risks to human health.

Tallowamine, which aids the effectiveness of glyphosate, was once found in Monsanto’s Roundup. The inert ingredient was found to be “more deadly to human embryonic, placental and umbilical cord cells than [glyphosate] itself,” Scientific American reported in 2009, citing a French study.