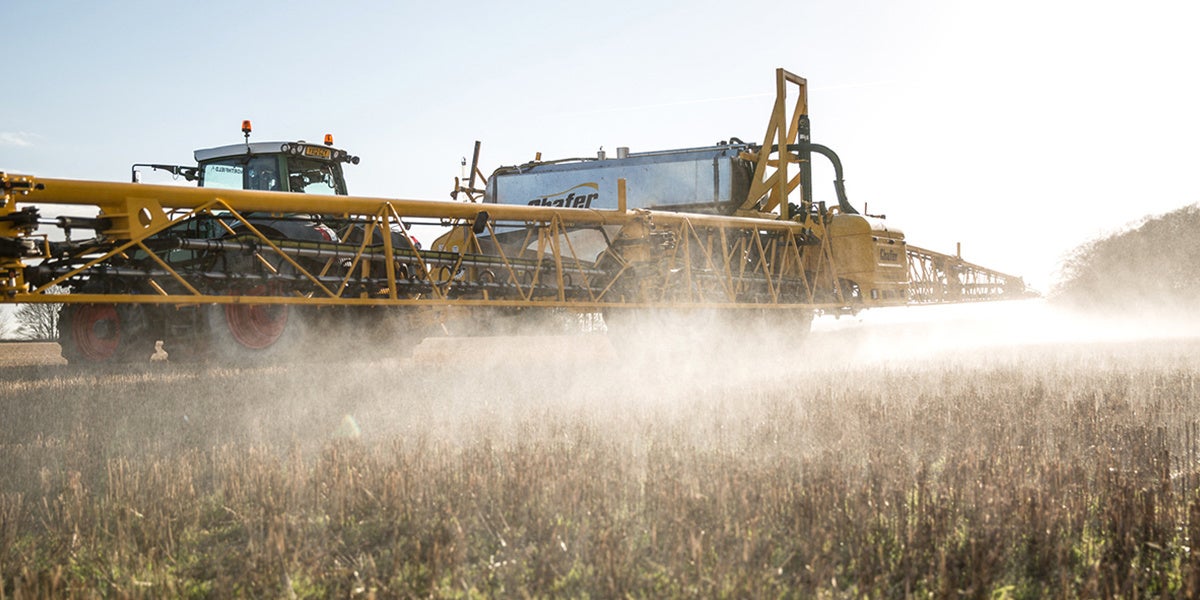 Scientists with the U.S. Food and Drug Administration (
FDA) have found traces of a ubiquitous and controversial weedkiller in granola, crackers and other everyday foods, according to internal documents obtained by The Guardian through a freedom of information request.

The FDA has tested food samples for
glyphosate for “two years, but has not yet released any official results,” Carey Gilliam reported in The Guardian article. Gilliam is an author, investigative journalist and research director for U.S. Right to Know.

“I have brought wheat crackers, granola cereal, and corn meal from home and there’s a fair amount in all of them,” FDA chemist
Richard Thompson emailed to colleagues in January 2017.

He noted that broccoli was the only food he tested that “does not have glyphosate in it.”

In other emails, FDA chemist Narong Chamkasem found
“over-the-tolerance” levels of glyphosate in corn, detected at 6.5 parts per million, which is over the legal limit of 5.0 parts per million.

Gilliam observed, “An illegal level would normally be reported to the Environmental Protection Agency (EPA), but an FDA supervisor wrote to an EPA official that the corn was not considered an ‘official sample.'”

And this is only part of the story- In response to my FOIA @US_FDA redacts & withholds- says "we have determined that portions of the documents (including withheld in full 95 pages of attachments from email transmittals)… are exempt from disclosure" https://t.co/RuzeJB8cJA …

Chamkasem has also found glyphosate in
numerous samples of honey and in oatmeal products. But the FDA temporarily suspended testing after those findings, and Chamkasem’s lab was “reassigned to other programs,” FDA documents show. An FDA spokesperson said those tests were not considered part of the official glyphosate residue “special assignment,” which only looks for traces in corn, soy, eggs and milk.

Glyphosate is the active ingredient in
Monsanto’s top-selling product, RoundUp. The chemical is the world’s most widely used weedkiller and has been sprayed on agricultural fields and home gardens for decades. Other tests have found glyphosate in many common food products including “all-natural” Quaker Oats, alcoholic beverages and, consequently, human urine and breast milk.

The widespread use of glyphosate is also creating environmental problems, including
herbicide-resistant weeds.

Scrutiny has surrounded the chemical ever since the World Health Organization’s International Agency for Research on Cancer classified it as a
probable human carcinogen in 2016.

Even though the U.S. Department of Agriculture (USDA) and the FDA routinely test thousands of food samples for residues of commonly used pesticides, the regulators have refused for decades to test for glyphosate because the government says it considers it safe.

In 2014, the Government Accountability Office
criticized both agencies for the failure to test regularly for glyphosate.

As safety concerns continued to mount, the FDA began in 2016 its own limited testing program—its so-called “special assignment”—for glyphosate residues. The USDA was moving forward with its own glyphosate testing program in 2017 but quietly
dropped the effort.

Monsanto has vehemently defended its product and the safety of glyphosate. The EPA and other international scientific bodies, including the Food and Agriculture Organization and the European Food Safety Authority, say that glyphosate is not likely to be carcinogenic to humans.

When asked about the emails, an FDA spokesperson told The Guardian that the FDA has not found any illegal levels in corn, soy, milk, or eggs, which it considers part of the “special assignment.” The spokesperson did not address the FDA scientists’ unofficial findings.