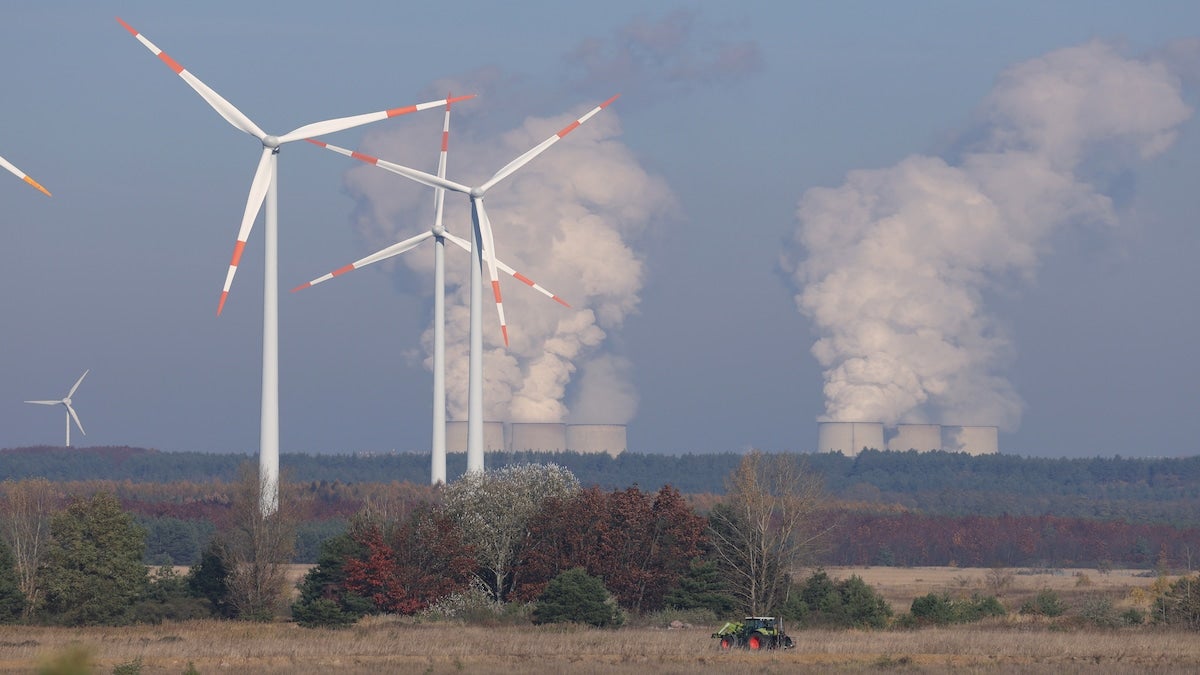 A new report finds that electricity generated by wind and solar resources provided a larger piece of the global power supply in 2021 than ever before, reaching just over 10% of the total produced electricity that year. To hit that milestone, global solar and wind generation shot up 23% and 14% last year, respectively, according to the think tank behind the report, Ember.

However, the report found that as many larger economies continue to bounce back from the pandemic’s relatively short-term suppressive effects, so too has the international demand for electricity —  much of which was fulfilled by fossil fuel-based resources, particularly coal.

And at the same time, coal-fired power, the group said, set a new global power production record in 2021, contributing to 36.5% of the planet’s power needs, a 1.2 percentage point increase over 2020. The global gain in the percentage of coal-fired electricity in 2021 “shows just how far off-track the electricity transition is,” the think tank critiqued.

To hit critical net-zero energy targets set by the International Energy Agency, the analysis noted that “unabated coal power generation must fall by 73% globally from 2021 to 2030.”

Additionally, to keep “global heating to 1.5 degrees, wind and solar need to sustain high compound growth rates of 20% every year to 2030,” the report noted. “That’s the same rate of growth as their average over the last decade.”

Not all countries are proportionately transitioning their energy mixes at the same pace. The 50 countries that are powered by at least 10% solar or wind resources also include the five countries with the largest economies: China, Germany, Japan, the UK and the U.S.

Yet three countries — Denmark, Luxembourg and Uruguay — produced 52%, 43% and 47% of their power from wind and solar resources alone as of 2021, according to Ember. And while other countries including Australia and Vietnam saw relatively low proportions of wind and solar power in their total energy mix, they nevertheless transitioned roughly 8% over to those two resources in just about two years.

While “clean” power sources on the whole contributed to just under 40% of the global electricity supply in 2021, sources that were not solar or wind did not reach similar global expansion milestones, Ember noted. For example, the share of nuclear-derived electricity within the worldwide energy production was generally unmoved, while hydroelectricity saw its share fall.

The report was published by a London-headquartered energy policy think tank called Ember, which focuses on “data, analysis and policy solutions” for the worldwide transition away from coal-fired electricity. It was the group’s third annual publication examining the global electricity procurement and resource transition, although Ember notes that their dataset accounts for 93% of global power demand.